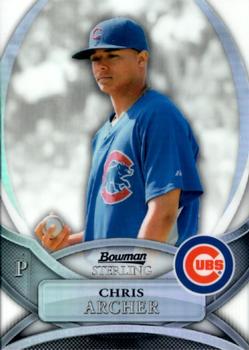 The near-sellout crowd of 6,901 fans who filled Classic Park on the comfortable Sunday afternoon of June 29, 2008, saw a ballgame far more memorable than any typical South Atlantic League contest. Five HBPs and five ejections rendered the outcome (which remained very much in doubt until the final pitch) almost an afterthought.

Future American League All-Star Chris Archer started for Lake County, an affiliate of the nearby Cleveland Indians.1 The 19-year-old right-hander was ineffectively wild, and the Washington Nationals farmhands from Hagerstown waited him out. They didn’t have to wait long. In the top of the second inning, the Suns loaded the bases with nobody out. The first run of the game scored on a groundout by second baseman Valerio Heredia as the other two baserunners both advanced a base. Left fielder Boomer Whiting then doubled off Archer and it was 3-0, Hagerstown. It was the only extra-base hit of the game.2

In the bottom of the fourth, Lake County Captains catcher Mike Valadez became the first hit batsman. With two on and two out, Hagerstown manager Darnell Coles pulled his starter, Ryan Harrison, and brought in relief pitcher Terrence Engles. Third baseman Jansy Infante greeted him with a groundball single into right field to score Lake County’s first run. Valadez rounded second base and continued toward third, drawing a throw from Suns right fielder Michael Burgess, which was off target for an error. Chasing down the errant baseball, third baseman Stephen King also made a throwing error; Valadez crossed the plate to make it 3-2.

The Suns scored an unearned run in the top of the fifth, off reliever Josh Judy, who had come on in relief of Archer. Lake County left fielder Lucas Montero botched a ball hit by DH Aaron Seuss into a three-base error. A sacrifice fly by Burgess brought Seuss home to make it 4-2.

Lake County pulled within a run in the bottom of the sixth. The run scored when first baseman Jeff Hehr scampered home as second baseman Karexon Sanchez grounded into a double play.

But of course, a beanball battle is never over until both sides have had a chance to take a shot. When Valadez was hit again following the double-play ball, players from both dugouts charged onto the field. This time Valadez was ejected, along with Suns pitcher Engles and manager Coles. Engles was replaced on the mound by right-hander Dan Leatherman.

Order thus restored, the game proceeded without any more incidents, and Hagerstown carried a 4-3 lead into the bottom of the ninth. The first two Captains batters reached base, but the next three popped out, ending the game. Kyle Gunderson got the final two outs, earning a save. Leatherman was credited with the win, his first.3

Also pitching for the Captains were Joanniel Montero and Kyle Landis.

The offensive stars of the game were Hagerstown’s Whiting, with two RBIs, and Lake County right fielder Matt Brown, who was 3-for-4.

Archer had allowed four hits, walked five batters, and thrown three wild pitches. He struck out five. He took the loss, bringing his record on the season to 2-8 (4.05) as he continued to struggle through his first full professional season. He would be traded twice before making his major-league debut in 2012 with the Tampa Bay Rays.4 As of 2018 it appeared likely that he would be the only player from this game to reach the major leagues. But the game was certainly not dull; by the standards of low Class-A ball, it was a thriller.

A box score for the game may be found at:

In addition to the sources cited in the Notes, the author also relied on MiLB.com and baseball-reference.com.

4 Archer was traded to the Chicago Cubs on the last day of 2008, and then to the Tampa Bay Rays in early 2011. At the trading deadline in 2018, the Rays traded him to the Pittsburgh Pirates.