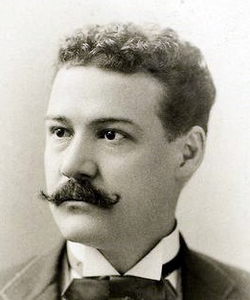 Francis C. Richter (1854-1926) was the founder and editor of Sporting Life for its entire existence, from 1883 until 1917. He was also the first editor of the American League Reach Guide, which he edited until he died 25 years later. His book Richter’s History and Records of Baseball, published in 1914, is one of the seminal works in baseball history. It is the first record book arranged topically rather than chronologically, and the first book to list the record-setting achievements of individuals and teams throughout professional baseball. Richter was a longtime sportswriter, who helped form the Base Ball Reporters Association of America.