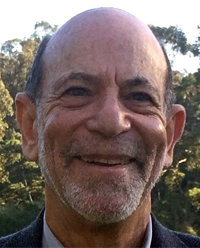 David Block (1944 - ): Before David Block, historians had snatched baseball’s paternity away from Abner Doubleday. Questions were arising about Alexander Cartwright’s rights to fatherhood. Block went further, beyond even Robert Henderson, to determine that baseball was, in fact, fatherless. It was Darwinian. It had evolved. In 2005, his early research was published as Baseball Before We Knew It, the 2006 Seymour Medal winner. It was a study of references to games called some variant of Base Ball which were published long before Cartwright and the Knickerbocker rules. His research continued, using dictionaries, novels and diaries that contained references to the game from 18th- and early 19th-century England. Block’s thoroughly documented work has given new definition and impetus to research on baseball’s origins. It has pushed the research back across the Atlantic, where Block has been happily collecting further references and polishing his earlier ideas. David lives in San Francisco with his wife, Barbara.