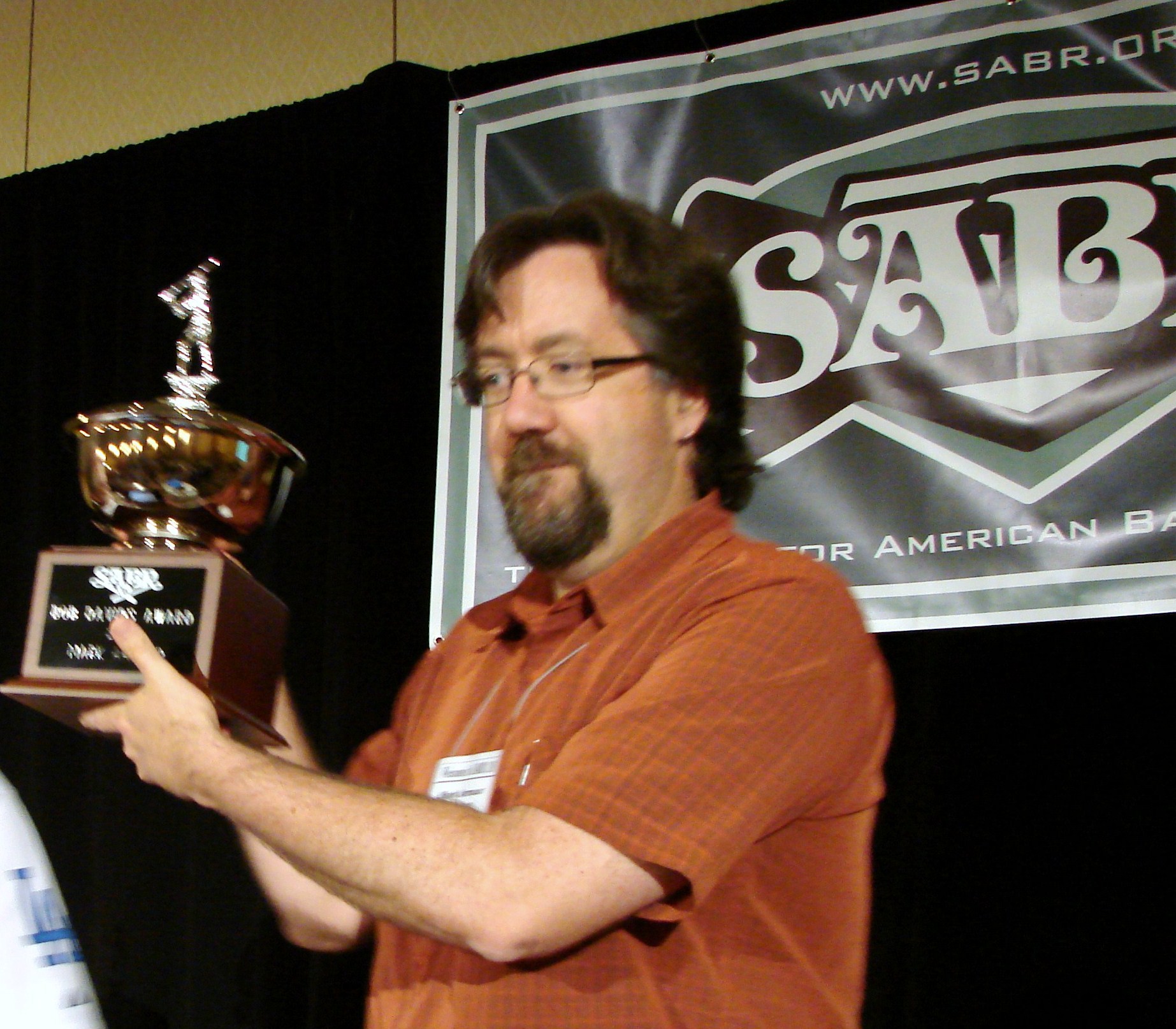 Mark Armour joined SABR in 1982 and has become a key figure in several areas of the Society.  The SABR website lists him as a member of 16 committees! These range from Records and Statistical Analysis on the one hand to the 19th Century and Pictorial History committees on the other, showing his remarkable breadth of baseball interest.

However, most of us associate Mark with the Baseball Biography Project, which was formed by the SABR Board in June 2002. He chairs this Project and readers of SABR-L are familiar with the regular messages from Mark as he announces the completion of ever more biographies at the Project’s website. At this point there are more than 800 completed biographies, including some of ballparks! This is the largest undertaking of any SABR group in the organization’s history, with around 500 active members. As the website says, it is “updated as they are completed, reviewed and approved.” There is also reference to the large scope and rigid quality guidelines of the project. Anyone who has read these biographies knows how detailed they are and that the rigid guidelines are very much in evidence.  Coordinating this incredibly diverse effort with some 300 hundred authors who have varied writing styles is not easy, but Mark manages this well, with able assistance from several SABR members, especially head editor Jan Finkel.

Mark lives on the West Coast now and is the Past President of the Northwest chapter of SABR, far from his beloved Red Sox. He was also the editor of “Rain Check”, the history of baseball in the Northwest, which was the excellent convention publication distributed to all attendees at SABR 36 in Seattle in 2006. This book was also sent to all SABR members as part of the publication program and it is now the third-best selling SABR book of the past 10 years. In addition Mark created and helped disseminate a marvelous set of buttons at that convention with some of the more amusing quotes from “Ball Four” in honor of the 1969 Seattle Pilots.

In addition to all of these service activities, Mark manages to find time to do his own high quality research. He has made many presentations at SABR meetings, is a frequent contributor to SABR-L and has written several articles.  In 2003 he shared The Sporting News-SABR Baseball Research Award with Dan Levitt for their book Paths to Glory: How Great Baseball Teams Got That Way.

Finally, I remind everyone that the Bob Davids Award was designed to honor SABR members who have not only made a variety of contributions to our Society and baseball research in general, but whose activities inspire others to do the same as well, just as our founder did. Mark Armour has participated in virtually every aspect of SABR and has done so in a completely unselfish way. It is my pleasure to present him the Bob Davids Award for 2008.