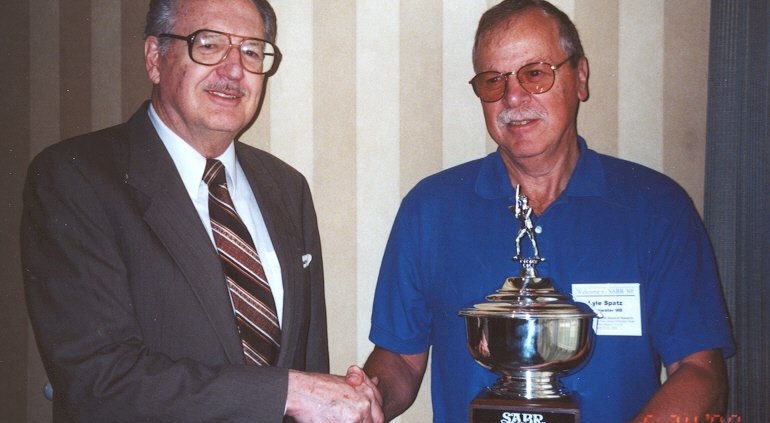 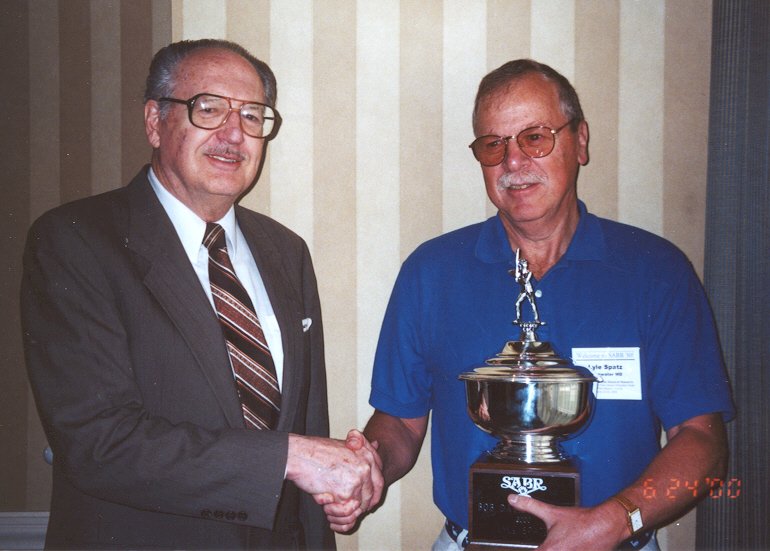 The winner of the Bob Davids Award for the year 2000 is Lyle Spatz.

Lyle has been a member of SABR since 1973 and has been active in many areas of the organization’s work. He is best known as the chair of the Records Committee, a task he assumed in 1991.

As the spokesperson for that committee, he represents SABR frequently to the baseball community.  People such as Seymour Siwoff of Elias Sports Bureau and Craig Carter of the Sporting News often seek Lyle’s thoughts and advice on a variety of topics. Recently Mr. Siwoff, in a conversation not related to this award, had unsolicited high praise for Lyle.

Lyle Spatz is held in high regard by the baseball community for his knowledge and low-key approach in dealing with committee matters. As such, he is a wonderful representative for SABR.

Ladies and Gentlemen, it is an honor to present the Bob Davids Award to Lyle Spatz.