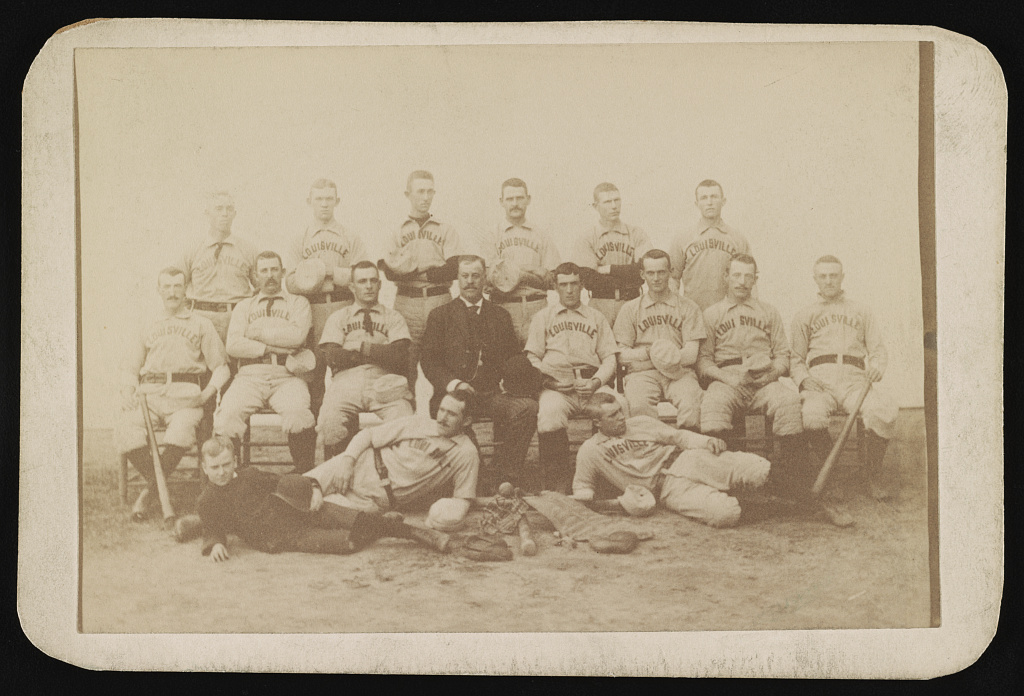 The strongest nine from the West End (before the Eclipse) was probably the Olympics. In 1874 they played their games on a commons located at 23rd and Broadway. At the close of the 1874 season the Olympics directors decided to join the Eagles by erecting Louisville’s second enclosed ballpark. They leased property on the estate of Dr. T.D. Elliott. The plot extended from 28th to 29th Streets between Elliott Avenue and Magazine Street. A nine-foot fence was put up around the park and a grandstand and clubhouse constructed inside the fence. The grandstand was centered at the corner of 28th and Elliott extending down the left field line to about third base. The clubhouse was in the right field corner. The park was dubbed Olympic Park by the newspapers. [1]

By 1884 the grandstand held about 2,000 spectators, up from the original 800. In the spring of 1884 the directors of the club were doing well enough to build a new grandstand. The old stand was razed in mid-March and construction of the 5,000-seat grandstand was completed by mid-April. The new structure had a club room where gentlemen could repair during the game to enjoy refreshments from the wares of local distillers, a scoreboard on which the names of the players were posted, a fence increased in height by four feet to exclude “deadheads, “and a tower on top of the new grandstand that allowed the favored few to view the game from what might have been the first sky box. This tower area had a capacity of about 60. A new clubhouse was also constructed along the right field line. [4]

After a third place finish in 1884 the owners again made extensive renovations to the park. In fact they virtually built a new park on the site. In January 1885 plans were approved to extend the grandstand 96 feet down the right field line. The grandstand down the left field line was extended 160 feet and was double-decked with a roof covering the upper level seating. An additional clubroom was constructed under the stand for special guests and club officers. Another unique feature was the construction of seats in the outfield. The left field fence was moved back 45 feet and a “jury box” stand 170 feet long and six rows high was erected. The diamond was moved forward thirty feet to accommodate the new construction. A new clubhouse was put up in the left field corner and a new 12-foot fence surrounded the park. [5]

In late September 1892, having transferred to the National League, the 9th place Colonels returned from a road trip to Cleveland and opened a new home stand on September 26 with an 11-0 victory over Cap Anson’s Chicago Colts. The Courier-Journal headlined their game story, “How Did it Happen.” That question applied to another story in that day’s paper. But instead the headline read, “In a Blaze.” Just before midnight on the 26th the alarm sounded. Eclipse Park was afire. The fire started in the grandstand on the lower floor below the tower. Arson was suspected but never proven. The fire moved rapidly down the left field stand toward the clubhouse. This portion of the park was destroyed. The firemen were able to cut off the fire before it reached the right field bleachers. At that point the fire department turned their attention to the surrounding property. [6]