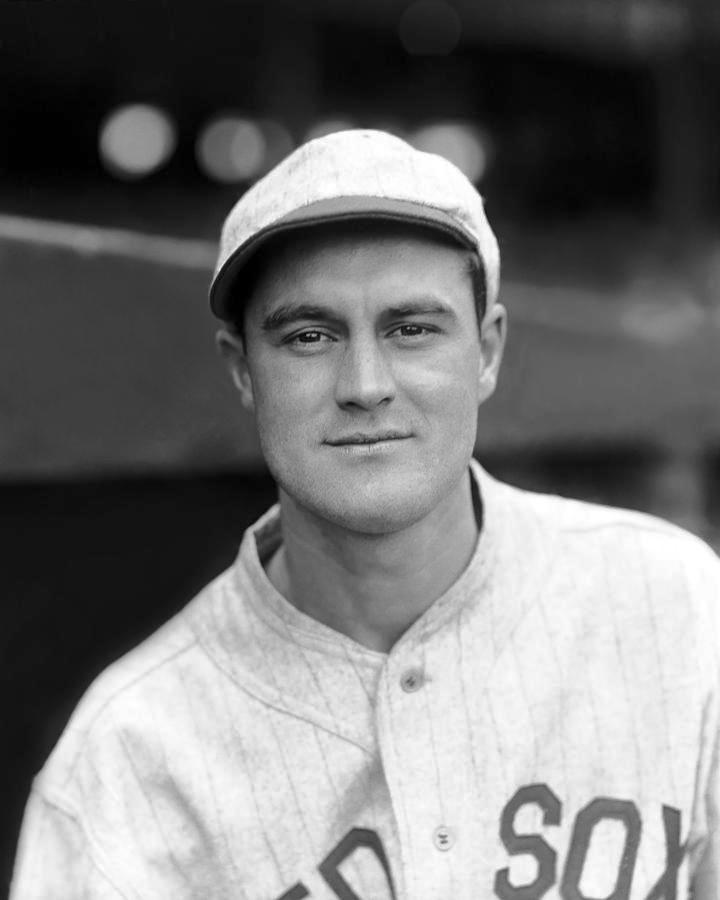 He and Marty Karow were on the same freshman basketball team at the Ohio State University in 1924. The Abel Undertakers were a team nearly without peer. The year before Tarbert joined them, they had won 24 consecutive games. Unfortunately, his studies suffered and he found himself ineligible during his sophomore year "because of being behind in his scholastic work."2

By the spring of 1925, he'd gotten back into good standing and had begun playing outfield for Ohio State (and the Abels during the summer). He'd actually been something of a jack-of-all-trades, playing every position on the basketball team and all but three positions on the baseball team. In 1924-25, he was part of the Buckeyes team which won the Western Conference in basketball.

Boston Red Sox president Bob Quinn and Dr. Robert Drury of Columbus (one of the group of investors who had purchased the Red Sox from Harry Frazee) were cited as having signed Tarbert right after he graduated Ohio State.4 The Boston Herald described Arlie Tarbert as a "tall, stylish-looking athlete [who had] received all the athletic honors there are at Ohio State, including a diploma."5 Red Sox manager Bill Carrigan had put him to work almost as soon as he arrived in Boston, and his first game was against visiting Cleveland on June 18, 1927. Tarbert acquitted himself well from the start: "He made two catches, played a rebound off the high left field fence with remarkable poise and dash, was credited with driving in the first run of the afternoon in the first inning on a long sacrifice fly to Left Fielder Charley Jamerson, and waited out two bases on balls."6 The Plain Dealer said he might have saved the game in the ninth, playing the ball off the left-field wall so quickly that the runner heading from first base to second barely made the bag.

In his second game, on June 21, he collected his first base hit and his second run batted in, but neither came in quantity. Though he played in 34 games, more in right field than any other position, and occasionally pinch hit or pinch ran , he only drove in five runs total. He only hit safely 13 times, all of them singles save for one double, and only walked once more after his first game. He did, however, strike out 12 times. His batting average for the season was .188 and his on-base percentage (thanks to being hit three times by pitches) was just .253. These weren't statistics that were bound to impress.

Tarbert looked to be in good position to claim a berth in the Boston outfield despite his anemic hitting, largely because the perennially last-place Red Sox didn't seem to have anyone better. He'd actually never hit that well; his batting average at OSU was said to have been .250.

On the other hand, the very next day a freak incident occurred when Tarbert backed up and seemed poised to catch a long fly ball at the wall in Augusta. "Just as he was about to pull it into his glove he backed rather forcefully into a barred gate…he bumped the gate with sufficient force to swing it open momentarily and before it closed back again, the ball had hopped through to the outside of the fence for a home run."9

The May 1 game was his last one in the major leagues, as it turned out. He'd made three errors in 46 chances, for a .935 fielding percentage. In the May 1 game, he'd forgotten to take his sunglasses with him to right field "and was blinded by Old Sol on a drive that really swung the pendulum to the Athletics."10  That may have been the final straw for Bill Carrigan.

Tarbert had hardly arrived in Hollywood (he's listed as playing in six games without a hit) when he was recalled to Boston on May 23, when Sox outfielder Ken Williams was injured. Tarbert didn't get into another game, and on June 1 was released to the Salem (Massachusetts) club.

That assignment didn't last long, either. On June 15, Tarbert had to leave the game in progress and was rushed to Brockton Hospital with appendicitis.12

He left the professional game, though he's seen occasionally in the Cleveland papers playing semipro ball back home. On September 8, 1927, he had married Margaret Helen Sizelan. They had two children – Arlie W. and Ella Sue. By the time of the 1930 census, he was working in advertising for an area rubber company and living in Cuyahoga Falls. The marriage did not hold, however, and in October 1936 Tarbert married again, to Pauline Smith. In 1940, the couple lived in Cattaraugus, New York where Tarbert worked as a salesman. The New York Times said he had been the New York representative for B.F. Goodrich before World War II and that after war broke out, he became employed in the training-within-industry program.13

In addition to the sources noted in this biography, the author also accessed Tarbert's player file and player questionnaire from the National Baseball Hall of Fame, the Encyclopedia of Minor League Baseball, Retrosheet.org, Baseball-Reference.com, and the SABR Minor Leagues Database, accessed online at Baseball-Reference.com. Thanks to Rod Nelson.