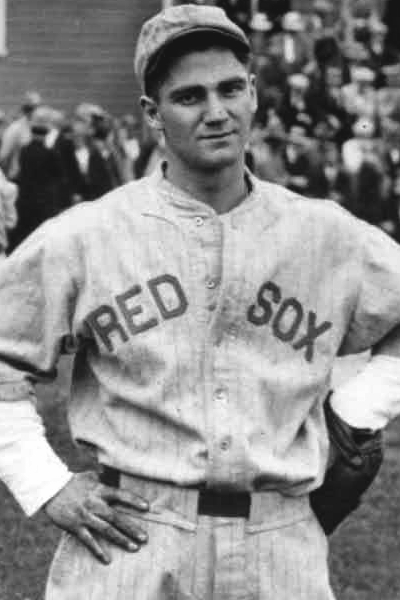 After Cicero signed and left Holy Spirit High, the Red Sox took him to spring training, where he hit home runs in back-to-back games and raised a number of eyebrows.[3] He stayed with the team until June 1, when the Red Sox sent him to the Salem Witches (New England League), considered to be the first acknowledged farm team the Red Sox ever had. There he appeared in 93 games under manager Stuffy McInnis (and under his own name), batting .285. He was recalled to the Red Sox in September, but saw no action. In the offseason he played professional football for the Atlantic City team. In 1929 he appeared in 151 games for the Pittsfield Hillies (Eastern League), playing both shortstop and outfield and hitting a very impressive .340 for manager Shano Collins, with real home run power -- 25 round-trippers, accompanied by 12 triples and 33 doubles. He was fourth in the league in runs batted in and third in home runs. He finished with a bit of a flourish, hitting a perfect 8-for-8 in a September 10 doubleheader against Providence. It surprised no one when the Red Sox gave Joe a look in the big leagues in late September.

Cicero started 1936 in the Phillies system, playing with Elmira (and leading the league in stolen bases with 30), then back in the Red Sox farm system with Hazleton (New York-Penn), where he opened 1937 before joining the Scranton Miners (Braves). While with Hazleton Cicero hit for the cycle on May 10, in a game in which his team scored 13 runs – but lost to Trenton, 25-13. He was released at the end of the month so the team could get down to the player limit. By then he had played for every team in the Eastern League except for Binghamton. Maybe this all just got too confusing, and he was really going nowhere fast. More likely, he just got a better offer. He played “outlaw ball” in 1938 and 1939, with St. Hyacinthe in Canada’s Provincial League (and played Canadian football later in the year.) In 1940, his third season with St. Hyacinthe, the circuit was reinstated to Organized Baseball. In 1941 Cicero he played a fourth year in Canada, for Quebec City in the Canadian-American League. Joe left baseball in 1942 and 1943, but it wasn’t to join the armed forces fighting in World War II. A problem with his vision rendered him exempt. It probably also ensured that he wasn’t quite the hitter he’d been. Joe also become tired of being shifted from club to club and so he retired from the game. He was married by this time – he’d gotten hitched in May 1931 to the former Helen Mary McDonald -- and the couple had two daughters and a son.

The next season, 1945, was Cicero’s last hurrah in Organized Baseball. The Philadelphia Athletics signed him on Valentine’s Day and took him to spring training, Earle Mack (an A’s coach and owner-manager Connie Mack’s son) murmuring, “If he can stand up at the plate and pinch-hit successfully now and then, he will be worth his salt.”[7] Now wearing eyeglasses, Cicero made the team and appeared in 12 games and batted only .158 – three singles in 19 at-bats. His last game with Philadelphia was on May 30. He was released and signed as a free agent with the Minneapolis Millers. He finished out his career there, batting .283 in 65 games. Then Cicero made a major move – to the Panama Canal Zone. He told Cooperstown historian Lee Allen, “My eyes had bothered me for years and I had put on glasses. I couldn’t hit much anymore. A fellow I’d played with in the minors told me I could get a job playing in Panama, so I came down here, liked the climate, got this civil service job on the canal and have been here ever since.”[8]