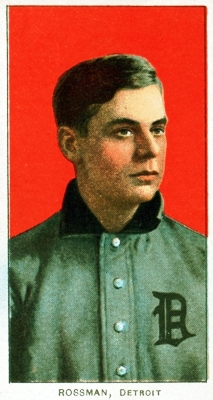 Claude Rossman was a finely tuned athlete, but a misaligned mind did him in. Lee Allen, the late historian at the National Baseball Hall of Fame, kept records of ballplayers’ deaths. His records show that the cause of Rossman’s death was “insane—paralysis,” Or paresis. These were the attributes and agonies that were the makeup of Claude Rossman. The big city took its toll on a lad from the farm. It must have been a lonely road to travel.