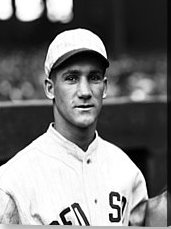 He started the 1923 season in Class A with the Texas League’s Shreveport Gassers, listed at hitting just .238 in 37 games. He moved around a little. In July, he played a number of games for Meridian in the Cotton States League and then for the Marshall Indians in the Class-D East Texas League, where he hit .327 in 24 games.

In 1924 he played a full year with the Winston-Salem Twins in the Piedmont League (Class C) and hit for a solid .332 in 112 games. He was beaned by a pitch and was unconscious for 10 minutes in the June 28 game against visiting Greensboro, but was back in action on the 30th and went on a bit of a batting spree. On July 2, the Twins had only three hits in the game until the seventh inning, and Standaert had all three of them. He homered the day after that, and hit a pair of doubles on July 5. Contract matters are often confusing in this era, with players owned by one team playing for another. One newspaper reported that Standaert played the 1924 season on a Galveston contract.4 And yet, when the Brooklyn Robins drafted him in October, it was from Atlanta, who had farmed him to Winston-Salem before the season began.5 Several stories featured his fielding. The Greensboro Record, in reporting his being drafted, said he was “rated as the classiest dizzy corner guardian in the loop,” adding that he “fielded like a demon” and, for some reason, dubbing him Jerry the Jester.6

He’d apparently been a popular player in Winston-Salem and the December 15 Winston-Salem Journal gave him a nice sendoff, though saying he had been on a Shreveport contract.

The Brooklyn Daily Eagle wrote that Robins manager Wilbert Robinson envisioned him replacing Milt Stock at third base, or moving Jimmy Johnston to the outfield. The Eagle‘s James J. Murphy wrote that Standaert “was given his start in organized baseball by Johnny [Jack] Sheehan, an infielder who had a trial with Brooklyn in 1920 and failed to make the grade.”7 Murphy noted that Standaert was right-handed, stood 5-feet-10, and weighed 168 pounds.

As it happens, Stock moved to second base in 1925 and had an excellent season. Johnston played most of the games at third, while Standaert – after his one plate appearance – was optioned to Springfield (Massachusetts) on April 27 to play for the Eastern League’s Springfield Hampdens (newspapers outside Springfield often called them the Ponies). He played in 140 games and hit nine homers with a .330 batting average. Brooklyn had finished second in 1924, but even before the season began they hadn’t been expected to contend, due to a few departures from the pitching staff. Indeed, they finished sixth.

In 1926, Stock was a holdout in the spring and was released by the ballclub in early May. Standaert made the team out of spring training and was used steadily throughout the season, appearing in 66 games (39 as a position player, the rest in pinch situations). He did well, hitting .345, well above Babe Herman’s .319, tops among the regulars. He drove in 14 and scored 13. His two-run single to left field in the May 28 3-2 win over the Phillies earned him a headline in the New York Times: “Standaert’s Bat Helps Robins Win.”

Brooklyn finished sixth once again, sometimes for lack of hitting. In the June 20 game against the Cardinals, only one Brooklyn batter reached first base against St. Louis’s Willie Sherdel – Standaert, who squeezed a hit between third and short in the fourth inning and then dropped a Texas Leaguer into right field in the ninth. On September 3 his 4-for-4 day helped the Robins eke out a 4-3 with over Philadelphia.

In November he was traded for pitcher Clarence Griffin and sent to Memphis, though apparently through an agreement that gave Brooklyn a bit of a claim on him.8 A brief note in the Omaha World Herald said Standaert had “hit sufficiently to remain in the big show, but his fielding was a trifle erratic.”9 He had a shot at making Brooklyn again, and trained with the Robins at Clearwater, but his work on defense held him back. “If the contest should be decided by hitting alone Standaert would win. He is a better batsman than fielder,” wrote an Associated Press story in the early springtime.10

It looked like it could be another year as a reserve infielder for Standaert in 1927; an International News Service report datelined March 21 stated “Jerry Standaert will be carried for another season because of his hitting, the club having exactly none.”11 The very next day, on March 22, with three weeks of spring training yet to come, he was given his unconditional release by manager Robinson and immediately signed with Memphis, playing both 1927 and 1928 in the Southern Association. “His fielding has marred his progress,” the Springfield Republican wrote.12 He continued to hit. We lack ’27 year-end stats but with the end of the season just a day or two away he was hitting .305.13

Red Sox scout Pat Monahan had watched Standaert play for Memphis and said he thought Standaert was “one of those gamesters of the diamond, a player who was best in the tightest spots.” Burt Whitman of the Herald said, “Standaert is an aggressive ball player. He is of that tribe who never give up. He had the reputation of starting a lot of fights, and ending them, too, in Dixie. Bill Carrigan, Red Sox manager, likes the fighting type of ball player….”15 Whitman quoted an unnamed scout who said, “Jerry’s trouble was…a tendency to over-play a ball, for which he came straight in. He’d fight it and many such balls would get away from him.” He thought Standaert had addressed the weakness. Even though his usual work was at the other three infield positions, Carrigan apparently saw Standaert as the backup for first baseman Phil Todt.16 He finished spring training with a flurry of hits (13-for-36) and made the team.

For the Red Sox, he played in 19 games, usually as a late-inning replacement and nine times as a pinch-hitter. Only once did he have more than two plate appearances in a game. A two-run, two-out double in the ninth inning of the May 20 game — his second game — helped the Sox beat the Senators, 6-5, and got him a front-page headline in the next day’s Boston Herald. But his average declined over the six weeks or so he was used, dropping to .167 by May 30. That was his last game with Boston. Standaert had four RBIs in his time with Boston.

In 1933 he played for the Duffy Florals, described as a “strong Chicago semipro club.”21

We know little about his life after baseball, other than that he was married (his wife’s name was Helen) with one daughter, Carol. He worked as a foreman for the Wisconsin Steel Co. in Chicago.23