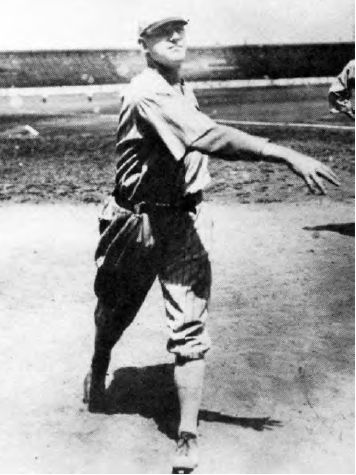 Long before free agency and specialization promoted frequent player movement between teams, the journeyman tag was most aptly applied to men like Pat Ragan. Ragan played for seven major-league clubs between 1909 and 1923, and as of the end of the 1920s was one of only seven men to play for six or more major-league teams.1

With World War I raging in Europe, and a work-or-fight order looming for major-leaguers, Ragan appeared before his draft board in Boston’s Brighton neighborhood in July 1918.11 With a wife and 2-year-old son to support, he was not called for duty before the war’s end.

While the 1919 White Sox were a great club, they had concerns with pitching depth. Future Hall of Famer Red Faber missed large chunks of the season because of arm trouble and illness, and 25-year-old Dickie Kerr was a rookie. Seeking reinforcements for a starting staff that was thin behind aces Eddie Cicotte and Lefty Williams, the White Sox also acquired former 20-game-winner Erskine Mayer (who recorded an 8.37 ERA in six appearances) and tried to acquire Carl Mays from the Red Sox.12 Mays was ultimately sent to the Yankees. When the White Sox were unable to acquire Mays, they signed Ragan, just a day after the Giants cut him loose.