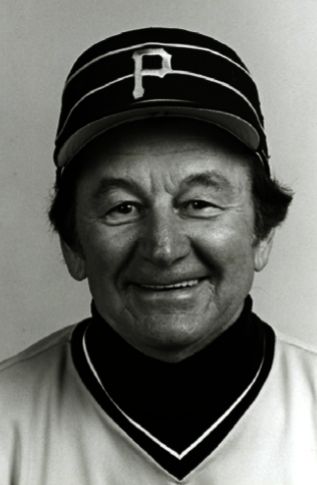 While baseball history is most often made by winning teams and talented players, there are many less visible people who have had just as profound an impact on the sport. They include Alex Monchak. During his career, he played on 16 baseball teams, managed eight different teams over 13 seasons, coached for four major-league teams over a span of 16 years, and worked for major-league teams for another nine years as a scout and instructor. His baseball career spanned more than 60 years and his enthusiasm for the sport continued long beyond that.

Alex “Al” Monchak was born on March 5, 1917, in Bayonne, New Jersey, the oldest son of George and Matrona Monchak. George (Jurko) Monchak emigrated in 1911 from Turka, (Powiat), Austria-Hungary, a town high in Eastern Europe’s Carpathian Mountains. He left home along with three brothers and a sister shortly after the death of their parents. Al’s mother, Matrona Marycz, emigrated in 1914 from Galitzia, Poland arriving in America when she was 14. George and Matrona were married in 1916.

The Monchaks settled in Pennsylvania and New Jersey in areas where industrial work was plentiful. George found work as a laborer at a Standard Oil Company refinery in New Jersey and he and Matrona raised three children, Alex, younger brother Edward, and sister Mary. Alex first learned to play baseball in Bayonne and after high school he worked as a laborer when not pursuing his baseball career. His life-long dream was to be involved in major league baseball. In 1937 he played a total of 77 games with middling results for four minor-league teams: 46 games at shortstop for the Clarksdale (Mississippi) Red Sox of the Class C Cotton States League; one game for the Knoxville (Tennessee) Smokies of the Class A1 Southern Association); 16 games at third base for the Albany (New York) Senators of the Class A New York-Pennsylvania League; and 14 games for the Baltimore Orioles of the Double-A International League. In 1938 he moved down to Class D, as a shortstop in 95 games for the Dover (Delaware) Orioles of the Eastern Shore League, and batted .303 with 10 home runs. Back with Dover in 1939, he batted .337 and hit 15 home runs. Late in the season he played in three games for Baltimore.

In 1940 Monchak started the season with Portsmouth of the Class B Piedmont League, a Philadelphia Phillies farm team. In June the Phillies called Monchak up and he spent the rest of the season with the National League tail-enders (50-103), though he got into only 19 games, many of them as a late-inning replacement. Monchak made his major-league debut on June 22, in a 10-2 blowout by the Chicago Cubs at Shibe Park. He replaced shortstop Bobby Bragan late in the game and had one at-bat. For the season he was 2-for-14 (.143) He played shortstop in nine games and second base in one. His big-league playing career ended during a doubleheader loss to the Boston Bees on September 1, 1940. Monchak was a pinch-runner in the first game, and started the second game at shortstop (his only major-league start) and went 0-for-4.

In 1941 Monchak played shortstop for the Elmira (New York) Pioneers of the Class A Eastern League, an affiliate of the Detroit Tigers. With the United States now engaged in World War II, the 6-foot-tall, 180-pound infielder returned to Elmira in 1942, but on June 25 he enlisted in the Army, where he was deployed served in the 11th Armored Division in Europe, and fought under General George Patton in the Battle of the Bulge. Monchak rose to the rank of warrant officer, and acquired the nickname Sarge, which stuck with him for many years.

With the war ended, Monchak returned to baseball in 1946 to play in the Class A Eastern League with the Hartford Chiefs, an affiliate of the Boston Braves. In midseason Monchak was badly injured in a collision with a first-base umpire that left him unconscious for three days. Monchak suffered from temporary lower-body paralysis, which forced him to the sidelines for the rest of the season and all of the 1947 season. By 1948 Monchak was well enough to join the Austin (Texas) Pioneers of the Class B Big State League, where the 31-year-old played in 120 games and batted .289.

The next season Monchak started his lengthy coaching career. In 1949 and 1950 he was the player-manager for the Odessa (Texas) Oilers of the Class D Longhorn League, winning the league championship in 1950. In 1951 the league moved up in classification to Class C and Monchak spent two years at the helm of the Roswell (New Mexico) Rockets. In 1951 he guided Roswell to the playoffs, where they were beaten by his former Odessa team. As a player he set career bests in games played (140), at-bats (565), and hits (176), and batted .312 with 22 home runs.

Late in the 1952 season Monchak was hit in the head while pitching batting practice and was unable to play the rest of the season.1 The Rockets finished out of the playoffs with a 65-75 record.

In 1953 Monchak managed the Lexington (North Carolina) Indians of the Class D Tar Heel League to fourth place and the playoff championship. He was able to return as a player and batted .232 in 112 games. He continued as player-manager when he moved for the 1954 season to the Portsmouth Merrimacks of the Piedmont League but was fired in midseason. He caught on for the rest of the season as a player with the Keokuk (Iowa) Kernels, an affiliate of the Cleveland Indians, of the Class B Illinois-Indiana-Iowa (Three-I) League.

The next three years (1955-1957) were spent managing the Wellsville (New York) Braves of the Class D Pennsylvania-Ontario-New York (PONY) League, a Milwaukee Braves farm team. His first year he led the team to a fourth-place finish and in 1956 he led Wellsville to first place and the playoff championship. Wellsville finished first again in 1957, but was eliminated in the first round of the playoffs. This was the 40-year-old Monchak’s last season as a player, and he appeared in only four games.

For 1958 the Braves made Monchak the manager of Cedar Rapids of the Three-I League. Monchak led the team to a first-place finish and a league championship, his fourth and final minor-league championship. In 1959 the team plunged to last place. This was apparently no reflection on Monchak, because in 1960 the Braves moved him up to Double-A Austin (Texas League). On his departure from Cedar Rapids with his wife, Audrey, and their children, Alex and Trona, Monchak, in a letter to the Cedar Rapids Gazette, captured the depth of his commitment to his sport and his family’s value of community:

“There come moments when people find themselves filled with mixed emotion. On the brink of our departure from Cedar Rapids, we find ourselves in that category. … Our family has enjoyed 2 wonderful years with you. This was made possible by the fine efforts of many and we are thankful and grateful. … In this friendly, freedom loving land of ours, baseball belongs; enjoy it, but above all support it. We enjoyed your area and fine people. For the Monchaks, each phase of life in Cedar Rapids shall always remain our treasured memories.”2

For the next season Monchak was assigned to manage the Quad Cities Braves of the Class D Midwest League. (Quad Cities was the moniker for Davenport and Bettendorf, Iowa, and Moline and Rock Island, Illinois. Monchak managed the 1961 team to a 68-56 record. In 1962 Quad Cities became an affiliate of the expansion Los Angeles Angels, and Monchak went to work for the Angels, as a scout and minor-league instructor. This marked the beginning of a 26-year-long career with Chuck Tanner. Their careers initially overlapped as part of the Milwaukee Braves system when Monchak managed the Wellsville Braves and Tanner played for the team. From 1963 to 1970, Tanner worked his way up the ladder in the Angels organization, then landed his first major-league managing job with the Chicago White Sox. Tanner brought Monchak along as a coach. The Chicago Tribune noted that Monchak had “already earned a reputation as one of the best infield tutors around.” He was known for teaching the defensive team to attack the ball in the field the way hitters attack the ball at the plate.3

Tanner was fired by the White Sox in 1975 and in December of that year he was hired to manage the Oakland Athletics. Monchak became the team’s third-base coach. The Oakland stint lasted just one year; in November of 1976 Oakland owner Charlie Finley “traded” Tanner to Pittsburgh in exchange for catcher Manny Sanguillen and $100,000. Tanner’s coaching team moved with him to Pittsburgh, Monchak as the first-base coach.

The Pirates in the late 1970s were the stuff of legends with players like Willie Stargell and Bert Blyleven leading the pack. The “We Are Family” team of 1979 won the World Series despite losing three of the first four games to the Baltimore Orioles. The team’s success continued until the 1985 season when the glory days faded, and Tanner and his coaching team left the Pirates after a dismal season with 104 losses.

Tanner caught on as manager of the Atlanta Braves in 1986 and Monchak joined him, as the infield coach in Atlanta with Willie Stargell as hitting coach. The team had great expectations after a disappointing season in 1985 when the Braves finished 29 games behind Los Angeles in the NL West. Tanner and his coaching staff continued to lead the Braves through the next two seasons, but finished near the bottom of the division each year. A few weeks into the 1988 season, Tanner and his coaches – Monchak, Stargell, Bob Skinner, and Tony Bartirome – were fired.

While in Atlanta, Braves owner Ted Turner asked a team of Soviet basketball players to come to Atlanta for a series of games against NBA summer teams. The visiting Soviets were welcomed to Atlanta in “spirited Russian” by Monchak, who still spoke his parents’ native language.4

By this time he left the Braves, Monchak was 71 years old, but not ready to retire. In 1991 he and Ed Napoleon were hired by the Baltimore Orioles to work with Juan Bell and Jeff McKnight in spring training with the goal of increasing their versatility.5 In 1999 and 2000, he worked again with Tanner as a major-league scout for the Milwaukee Brewers.6

In 2004 Al’s wife, Audrey Guidry Monchak, died and was buried at Arlington National Cemetery.7 He had knee-replacement surgery in April of 2012 at the age of 95. After just a few weeks of rehabilitation, he was already looking forward to the all-clear to start dancing and commented, “I enjoy anything with movement in legs, but dancing is one of the better ones.”8 He was one of the oldest living major leaguers.

In 2009 Monchak was honored as the recipient of the Roland Hemond Award at McKechnie Field in Bradenton, Florida, which recognizes the recipients for their leadership and contributions to scouting and coaching. He was inducted into the Cedar Rapids Baseball Hall of Fame on January 17, 2013, specifically for leading the Cedar Rapids Braves to the league championship in 1958. Afterward, blogger Steve Buhr (aka Jim Crikket) posted the following:

“I’m sure most of you have no idea who Monchak is, but this man epitomizes the career baseball man. He had a cup of coffee with the Phillies, but his career was interrupted by World War II. While he never returned to the big leagues as a player, that didn’t stop him from spending the rest of his life teaching others to play the game the right way.”9

Alex Monchak passed away on September 12, 2015, and at the time of his passing he was the third oldest living Major League Baseball Player and the oldest living Philadelphia Phillies player. He is buried alongside his wife, Audrey, in the columbarium at Arlington National Cemetery.

This biography appears in “When Pops Led the Family: The 1979 Pitttsburgh Pirates” (SABR, 2016), edited by Bill Nowlin and Gregory H. Wolf.

In preparing this biography, the author relied on Baseball-reference.com and Baseball Almanac for chronological baseball information and statistics as well as family documents for personal history.

6 “Where Are They Now,” Pittsburgh Sports Report, 1999, and Baltimore Sun online.