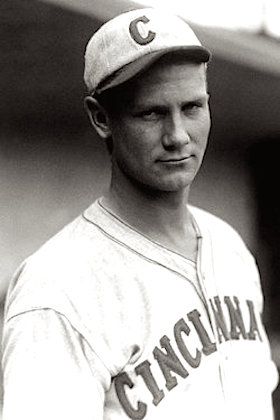 Anton Asbjornson worked as a janitor at a private school in 1910. He’d immigrated to the United States from Norway in 1904 and met Anna Nelson, a 1901 arrival from Sweden. The two married and their first-born, Robert Anthony Asbjornson, was born in Concord, Massachusetts on June 19, 1909. The couple later had two daughters, Gertrude and Ruth, and another son, Henry. By 1920, Anton was working as a paper hanger in houses in Concord. Another son, Ronald, joined the family later on.

Robert attended the Concord schools and was already in the news as an athlete while at Concord High School. He’s found playing baseball and football in 1925, winning the shot put in 1926 (only a few months after an operation on a knee injured in football), and placing in the 440-yard dash. In 1927, he was captain of the track team and manager of the hockey team. Gertrude was talented enough in field hockey that she made the papers too.

Signed by the Boston Red Sox on April 30, 1928, he impressed that day by “knocking a ball over the clock in batting practice.”1 He was large for the day, two inches over six feet tall and weighing 197 pounds. Bob Asbjornson was right-handed and worked mainly as a catcher. Sox manager Bill Carrigan was a former catcher himself. He was placed with the Pittsfield Hillies for a while, and then on June 5 the Sox optioned both him and left-handed pitcher Bob Cremins to Akron in the Class-B Central League.2

Most baseball databases show his name as Casper Asbjornson, but his name was Robert Anthony Asbjornson, and not one of the contemporary newspapers studied in the preparation of this biography ever referred to him by that name.3

He fared well there, appearing in 52 games and hitting for a .333 average. Though only walking once, he hit seven home runs in 159 at-bats. After the Central League season was over, Asbjornson was invited to join the Red Sox. He did so in Pittsburgh during a September 13 exhibition game there against the Pirates, coming in as a pinch-hitter in the top of the seventh inning and hitting a long drive for an inside-the-park home run to right-center field, breaking a 1-1 tie and setting the Sox on the road to a 5-1 victory.

He first got into a regulation game on September 17 in Chicago, going 0-for-2 but reaching first on a walk. His first base hit, a single, came in his third game, on September 23 in Detroit. On the 30th in Cleveland, he drove in his first run, finishing with a single and a double in the game. His batting average for the year (six games, 17 plate appearances) was .188. In the field, he committed one error in 12 fielding chances.

Asbjornson broke camp with the Red Sox in 1929 and played through June 8, almost always coming in late in a game for defensive purposes, and a few times not even getting the chance to bat. He was hitting .105, and in that June 8 game committed an error, returning the ball to the pitcher by throwing it well over his head and allowing the runner on first base to advance.

Again hoping more seasoning would help him, he was optioned to Pittsfield, and again he enjoyed success in the Class-A Eastern League, batting .350 with eight homers in 71 games. In mid-September he returned to Boston, but he picked up just one more hit and finished the season at .103 as a batter. With three errors in all, his fielding percentage was .897.

He trained with the Red Sox at Pensacola in the spring of 1930, but was ill for a significant amount of time and didn’t make the team. He did hit one spectacular home run during an intrasquad game on March 19. Melville Webb of the Boston Globe said that it was 516 feet from home plate to the left-field fence, and that Asby’s home run off Bill Bayne was “pasted…at least 25 feet over the wall.”4 He was released outright to Reading on May 21, which apparently returned him to Boston, and a serious beaning in a game against Jersey City landed him in the hospital for a week.5 He was later sent on option to the Southern Association’s Nashville Volunteers, where he hit .381 with five homers in just 27 games, officially traded to the Vols on August 30. On September 30, he was claimed by the Cincinnati Reds in the Rule 5 draft.

Clyde Sukeforth was the main catcher for the Reds in 1931, but Asbjornson was a solid backup, batting .305 with 22 RBIs in the 45 games in which he appeared, 14 of them as a pinch-hitter. He was brought back again in 1932 and this time worked behind Ernie Lombardi, but he was the third catcher on the staff,not the second, with Clyde Manion getting preference. Asbjornson hit .172 in 29 games. One of the highlights of the year came on his birthday, June 19, when Cincinnati played against the Boston Braves at Braves Field. Several hundred fans from Concord came to “Asby Day” at the park. He rose to the occasion, with a 2-for-3 day, and a fourth-inning home run into the right-field pavilion off the Braves’ Ben Cantwell. It gave the Reds a 1-0 lead. Later, Asby singled and drove in another run. The Reds beat the Braves, 5-0. Among the gifts he was given was a check for $1,000 before the game, and a banquet in his honor at the Hotel Kenmore afterwards. He had changed his name to Asby by this time.

On the second day of 1933, just after midnight, he and Anna May Sumner were married at the First Parish Unitarian Church in Concord in what was described as a “secret ceremony.”6

He trained with Cincinnati in the spring but was optioned to Toledo, returned to the Reds after 10 games, and then given his unconditional release to Jersey City on April 30.7 He never played for Jersey City. Instead, within two weeks he was in Dallas. “I tried hard all spring to land that fellow,” said Billy Webb, manager of the Galveston team, but it was with the Dallas Steers that Asby ended up.8 He was released by Dallas over the summer and was signed by the Fort Worth Cats, but then was released by them, too, on July 22.9 His combined Texas League stats for Dallas and Fort Worth saw him hitting .204 in 46 games.

Before the 1933 season was over, he was with his fifth team, Waco/Pine Bluffs, in the Class-C Dixie League for perhaps just two games.

In 1934, Asby (still more frequently called Asbjornson in the newspapers) played in 62 games for the International League’s Baltimore Orioles and hit a solid .293 at the Double-A level. In 1935, he wrapped up his career with the Williamsport Grays (New York-Penn League) and hit .299 with 10 home runs in 70 games.10

After baseball, Asby became a lathe operator, living in Williamsport, Pennsylvania. He died of biliary cirrhosis, due to cancer of the bile duct on January 21, 1970.

3 On his player questionnaire completed for the National Baseball Hall of Fame, he gave his nickname as “Bob Asby.” His daughter Joy later completed a form and indicated that his nickname had been Casper, which perhaps sounds like Asby.

10 He is listed in some places with Williamsport in 1937, but on his player questionnaire, he himself reported 1935 as his final year.