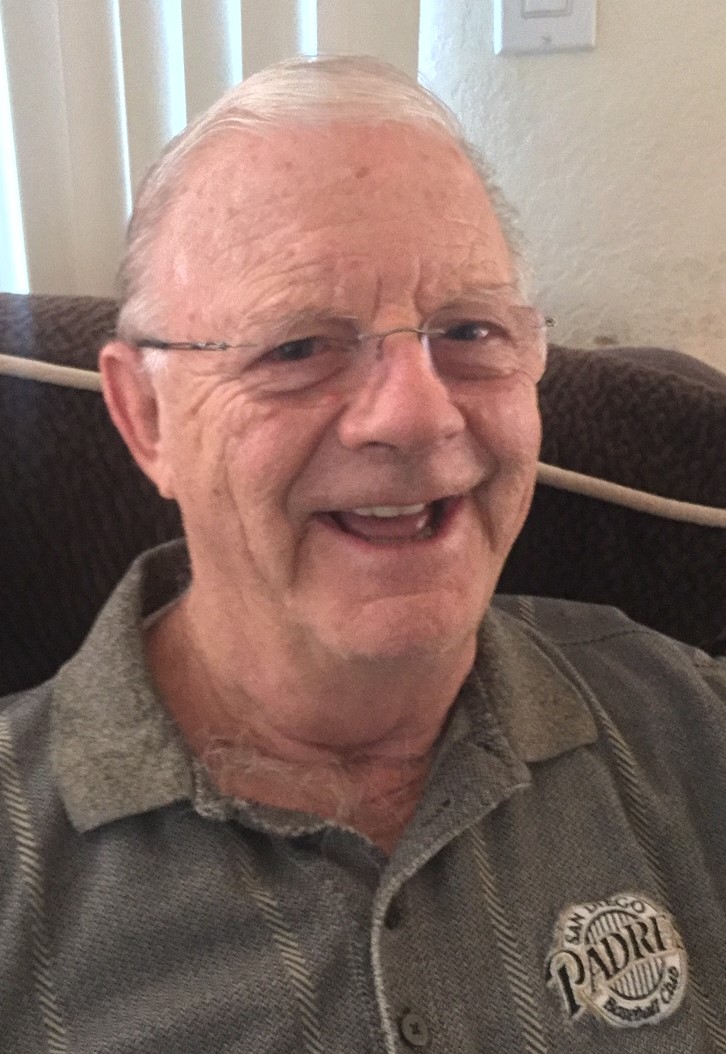 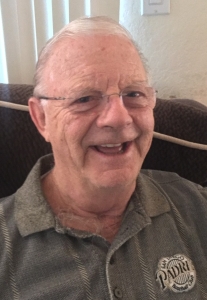 Over the team’s 50-year history the San Diego Padres have played a total of 7,976 regular-season games plus another 34 postseason games. That totals 8,010 games in which the result meant something. Bob Chandler has been at the microphone broadcasting either for radio or television for about 5,100 of those games. This figure does not include an estimated 700 games in which he worked on behalf of the Padres in public relations, or worked as a pre-game/post-game host for one of the local radio or television stations. All told, Chandler has worked in some capacity for about 72 percent of the total number of Padres games played over the team’s first half-century.

While Chandler has reported on more Padres losses than wins, he was in the broadcasting booth for the team’s two World Series’ appearances, in 1984 and 1998. Plus, he was fortunate to have seen every one of Tony Gwynn’s major-league regular season and playoff games. Those games alone total 2,467.

His long-time broadcast partner and baseball Hall of Famer, Jerry Coleman, had this to say about Chandler: “The story of the San Diego Padres started in 1969, and Bob Chandler was there. In fact, he is the one person in San Diego most qualified to bring the entire Padres story to the surface.”1

Perhaps not too well known outside of San Diego, Chandler’s name, face, and soothing voice, are well-recognized around San Diego.

He is a 1961 graduate of San Diego State College (now called San Diego State University, SDSU) and began working in the San Diego television-radio market immediately. Chandler was first hired by San Diego’s Channel 8 (KFMB) as a newsreel cameraman/writer. It was his first real paying job at $105 a week. For a time he also served as the weekend sportscaster and for that he received another $10-$15 per show. The gig, though, was relatively short-lived as the station found it cheaper to have the weatherman also do the sports.

Also in 1961, broadcaster Al Couppee was hired by Channel 10 (KOGO) to be the first announcer for the San Diego Chargers football team. Two years later Chandler was hired to be Couppee’s assistant. He got into filming an outdoor sportsman show, writing scripts for Couppee and handling the weekend sports’ updates.

In 1968 another opportunity developed and Chandler was hired as Sports Director for Channel 39 (KCST), a new UHF (ultra-high frequency) television station. The station was able to obtain the contract to televise Chargers football preseason games and a few regular season games. Also, the station picked up SDSU’s intercollegiate athletic program which included football, basketball, baseball, rugby, and track and field. While the SDSU program presented a varied load, Chandler also covered professional golf tournaments, in addition to games of the San Diego Rockets (National Basketball Association), San Diego Gulls (Western Hockey League), and San Diego Padres (Pacific Coast League, PCL).2 As a young sportscaster Chandler had all he could handle doing the play-by-play for these various sports in the continually expanding San Diego market.

By virtue of his work covering the PCL Padres in the 1960s Chandler had developed an association with Eddie Leishman, the PCL Padres’ general manager.3 So Chandler spent a lot of time with Leishman in the spring of 1968 and they were paying close attention to National League deliberations regarding the expansion of major-league baseball. Both had expected news soon but neither were sure that San Diego would be one of the teams selected.

As told by Chandler, the “big day” was May 27, 1968. He was preparing his evening sportscast when he heard bells go off, literally. Channel 39’s offices had two wire machines, one for United Press International (UPI) and one for the Associated Press (AP). When a bulletin would come over the wire bells would go off. He recalls hearing the bells, “I remember it well. I ran over to the machines to see what was coming in, and there it was. ‘The National League had voted to expand to the cities of Montreal and San Diego.’”

During the team’s first three years, 1969-1971, Chandler was not part of the regular broadcasting team. However, in 1970 Channel 39 made a two-year deal to televise 18 games a year, nine games from Los Angeles, and nine from San Francisco. The limited number was a result of economics since in those days it was very expensive to rent the telephone company’s long lines to televise the games. On the radio side for those three years, the first announcing team for the Padres was comprised of Jerry Gross, Frank Sims, and baseball Hall of Famer Duke Snider.

In the fall of 1971 the Padres contacted Chandler and was told that Padres President Buzzie Bavasi wanted to interview him. Chandler had first met Bavasi in 1968 as the new National League San Diego Padres organization was beginning to take shape. Bavasi got to know Chandler better, as well, via the televised game broadcasts handled by Chandler.

At this same time, former New York Yankee player Jerry Coleman was being courted by the Padres for play-by-play duties. After his playing career ended Coleman handled play-by-play announcing for the Yankees, and later covered sports for the three major television networks.

It was on November 8, 1971, when the Padres announced in a joint press release the hiring of Chandler and Coleman.4 In the release Bavasi noted “that the new Padre announcers bring both experience and skill to their assignment.” He also said that “I believe they will compliment [sic] each other nicely. Jerry has both a sports and technical background, having played major league baseball and having served as a major league announcer. And Bob, who has lived and worked in the San Diego area for many years, fully appreciates the need for us to develop greater interest in the Padres through our radio and television broadcasts.”

Looking back years later, Chandler mused about the hiring process orchestrated by Bavasi: “I got to know Buzzie Bavasi very well. He was a legendary general manager in baseball, and he loved to tell stories. So he hires me to join Jerry Coleman as the broadcast team and I remember going to meet him and we talked for about 40 minutes and he finally says, ‘…okay, Bob, you’re hired. We’re going to hire you as one of the announcers. Come back next Wednesday and we’ll work out the deal.’”

Chandler remembered going into that meeting the next Wednesday with a bunch of things nervously going around in his mind. He characterized the meeting with Bavasi as rather typical and informal, talking about baseball. Then, all of a sudden, Bavasi stood up and said, “Great. We have a deal.” And Chandler recalled his surprise: “I said ‘Buzzie…’ I went, ‘what did I agree to?’ And Bavasi, the major deal-maker, listed all these things—the salary and all that stuff—I mean, I was so over-matched! Buzzie and I had a great relationship for a long time…I used to accuse him of being the reason players got agents!”

So, Chandler and Coleman partnered as a broadcasting team for that 1972 season and it initiated a partnership that would continue together through the following 31 years. Chandler recalled that “One of the first things Jerry told me when we started together was, ‘Bob, it’s a long season and a small booth. We really need to get along.’ And, we did!”

Most of the time Coleman would handle the play-by-play, typically doing seven innings while Chandler would do two. Chandler provided the “color” with statistics, anecdotes, and historical commentary. Chandler would also conduct the pre-game and a post-game interviews.

A number of announcers, other than Jerry Coleman, also partnered with Chandler over the years. Notable ones included: Dave Campbell, Mark Grant, Rick Monday, Rick Sutcliffe and, of course, Ted Leitner. Leitner, who joined the broadcast team in 1980 and continues into 2019, used to refer to Bob as the “B-C-P-C-“ (Bob Chandler, Personal Computer) because of his ability to remember facts, figures, and stories and tell them on the air.” 5

Beset by a Padres team that achieved a record of .500 or better 16 times in 50 years Chandler agreed that it is easier to announce for a winning team. However, he also said that he was always excited to be a major league baseball announcer and truly enjoyed the gig. He noted that many of the players and coaches became friends of his off-the-field. To this day, regular golfing buddies include: Roger Craig, Bobby Klaus, Bob Skinner, and Alan Trammell.

Still, Chandler admitted “It’s much harder to do broadcasts when the team is not winning. You know that your listeners aren’t hanging on every pitch and so you have to try to make it entertaining, telling stories and so forth. In the beginning I didn’t have a lot of stories.” He made up for any lack of stories with a stupendous memory and soothing voice tone that made for interesting commentary and relatable stories during the game. Many of these stories can be read in the 2006 book Chandler authored with local baseball historian Bill Swank titled Bob Chandler’s Tales from the San Diego Padres.

Chandler retired from the booth and full-time announcing after the 2003 season. By that time he worked for five different San Diego television stations, delivering regular evening sportscasts, interviews, and play-by-play broadcasts. On the radio-side he was a regular voice for the Padres for nearly two-thirds of the Padres’ first 50 years.

While no longer actively involved in broadcasting Chandler is routinely invited to offer commentary on Padres baseball, past as well as present. Ask him a question about the Padres, for instance, about a former player? Or, about a particular game? Or, about McNamara’s Band? Or, about Tony Gwynn’s batting average with Alan Wiggins on first base during the 1984 season? Or, about Ray Kroc’s rants at the home opener in April 1974? Or, about the number of pitches from one of Randy Jones’ quickest games pitched in 1976?

Or…well, you get the idea!

2 The PCL Padres played in San Diego from 1936 through 1968 and were the predecessor to the major-league Padres.

3 Leishman was with the PCL Padres from 1960 through 1968, and then served as Vice President-General Manager with the major-league Padres until his passing in 1972.