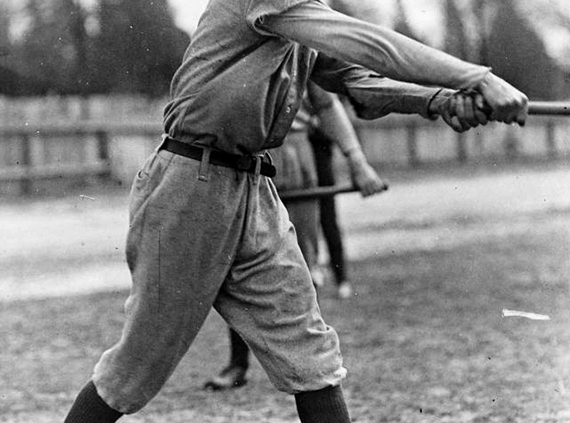 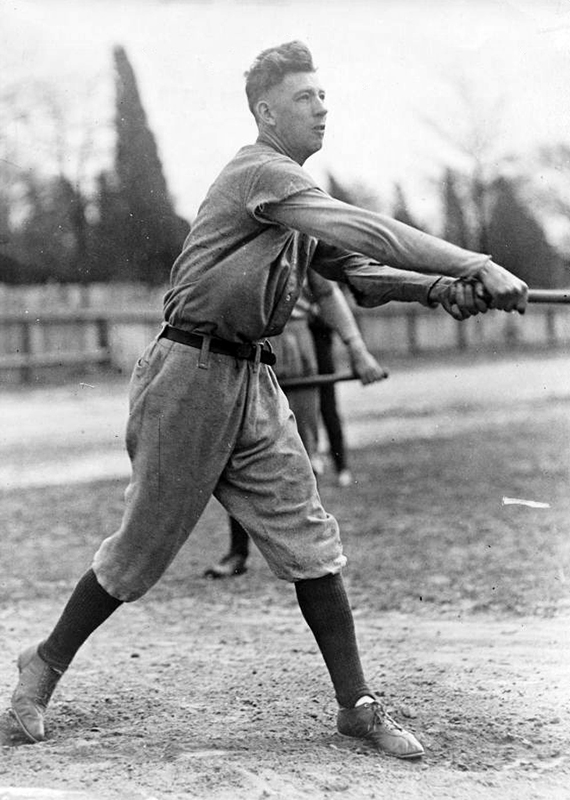 Middleboro, Massachusetts has a long and rich baseball history. While every generation has a favorite candidate, determining the greatest player is not really debatable because only one man has gone from the baseball diamonds of Middleboro to the major leagues.

Cyril Arlon Morgan was born in nearby Lakeville on November 11, 1895 to Joseph and Helen Morgan. The family lived on Main Street near the Vaughn Street intersection. Morgan attended Lakeville and Middleboro schools, reaching his senior year, but not graduating from Middleboro High School in 1911.

A check of the high school baseball records showed that “Cid” Morgan never played for the school team, a fact confirmed by his children. The first found mention of Morgan as a player was in the spring of 1915 when he was pitching for the Middleboro Athletic Club. The Middleboro (Massachusetts) Gazette reported on May 21, 1915, “Morgan pitched a good game, holding the visitors to four hits and fanning 15.”

A review of Middleboro baseball history indicates that Morgan, whom the Middleboro Gazette always called “Sid,” pitched for various town teams from 1915 to 1919, averaging 14 strikeouts a game and winning 12 out of a known 17 games. He struck out 18 batters in a game four times and never failed to register double-digit strikeout totals in games he started. He lost several games because Middleboro could not find a catcher good enough to handle his fastball. His reputation quickly outgrew Middleboro, and much of his pitching in those years was done in the adjacent city of Brockton, where he played for the Walkover Club and the W. L. Douglas Company, two of the best semipro teams in the area.

In 1919 Morgan signed with the Portland, Maine, team in the New England League. He won his professional debut on June 12, fanning 12 batters. By the end of the season he was considered the best pitcher in the league. Portland played a doubleheader on the final day of the season, needing both games for the pennant. Morgan pitched all 18 innings, tossing a shutout in the first game but losing the tight second contest. When the season was over, Morgan, by then named “Cy” by sportswriters, had his contract purchased by the Boston Braves.

Morgan came close to making the Braves pitching staff in 1920, but after spring training he was farmed out to Springfield (Mass.) in the Eastern League where he won 23 games against just seven losses. In two of his losses he pitched 12 innings, a third went 15. The Springfield paper summed up Morgan’s season nicely: “All of these gumshoe men [scouts], who have visited Springfield, and have seen Morgan work are high in their praise of the lithe right-hander and next season, if he fails to stick with the Braves, they figure something will be dead wrong. Morgan shows all the earmarks of a wonderful pitcher. He has everything a pitcher should have, plus brains and courage. Beating Morgan is a feat that any Eastern League club may well be proud of. Four times have opponents been blanked by Morgan’s puzzling delivery. In eight other games he limited clubs to one run for nine innings while in six more the opposition was able to score only two runs.”

The Braves held their 1921 spring training in Galveston, Texas. Morgan made the team and spent the entire season in the major leagues. Unfortunately, just as he was cracking the big time, his arm was starting to bother him. He made his major league debut on June 8, pitching five innings against the Pittsburgh Pirates. In August and September he was used regularly out of the Boston bullpen. On September 5, he came into the ninth inning of a close game with the 1921 World Champion New York Giants, getting the final outs to record his only big league save. On September 12, he pitched one-hit baseball over the final three innings of a game against the Pirates to pick up his lone major league victory.

Morgan started off 1922 with Boston, but a sore arm caused the Braves to send him to Waterbury, Connecticut. He won 16 games there and was named to the Eastern League All-Star team.

In September of that year, the Waterbury American printed the following headline: “Fleas Bite Initials on Cy Morgan’s Pitching Arm and Lawsuit May Follow.” It seems that the Morgans had rented an apartment that had fleas. It’s doubted that Cy sued, as the article seemed to have been facetiously written. The next day Morgan went out and pitched a 16-inning game.

Cy Morgan married Marion Shaw, in Middleboro on March 31, 1917. The wedding took place at the home of the bride’s parents, Mr. And Mrs. Alfred Shaw in Middleboro. The Morgans had two daughters, both of whom were born in Middleboro: Barbara in 1917 and Patricia in 1921.

The author interviewed Pat Faulkner in 1995 at her home in Brewster, on Massachusetts’ Cape Cod. She remembered her father as a free spirit with a marvelous sense of humor. “He loved to hunt and fish and always carried a gun and fishing gear with him. If he came across a likely place to hunt or fish on his way to work he was very apt to stop and spend an hour or two.”

About the same time, Barbara Walker was contacted in Marion, South Carolina. “I can remember Bourne Street. We lived upstairs.” She also remembered living in Waterbury and Springfield when her father was playing ball, and then in Quincy, Massachusetts, where the girls grew up. She said the Braves could not afford to keep her father in the big leagues because he ate too much. Pat backed up that story: “I remember a day when he bet he could eat a hundred scallops. He went to Wellfleet and dug them up, came home, shucked them out and cooked them. We all sat and counted as he ate them. He won the bet.”

Cy Morgan never played baseball again after 1922. He told his daughters that pitching too many doubleheaders had ruined his arm. Over the next twenty years he worked, at various times, for the phone company, as a casket salesman, and as an electrician at Quincy’s Fore River Shipyard during the Second World War. The family summered on Cape Cod where they settled after the World War II.

In l946 Morgan was terminally ill. He and his wife moved back to Lakeville to be closer to their families. Middleboro did not forget its most noted athlete as he started to weaken during the summer. Cy Morgan Day was held on August 18. The Middleboro Twilight League All-Stars beat the Taunton Lumbermen team of Brockton, 9-4, with all proceeds of the game going to the Cy Morgan benefit fund.

Cy Morgan passed away on September 11, 1946. Pete Farley, the Middleboro Gazette sport editor, wrote in final tribute that Morgan was “unquestionably the greatest hurler this town has ever produced,” and that he “ranked second to none in district diamond circles in the booming era that followed World War I, and his brilliant deeds on the rubber are still talked about by local old-timers, who knew and saw him at his peak.”

The local old-timers no longer talk about Morgan, but Farley’s words of fifty years ago still hold true today. Cy Morgan is the greatest baseball player his hometown ever produced.

A version of this article originally appeared in the Middleboro Gazette. This article utilized material from research collections of Tom Shea, Bob Kane, and the author. Valuable information was obtained from the Middleboro Gazette, the Brockton Enterprise, the Waterbury American and The Sporting News. The author also had the pleasure of interviewing Morgan’s two daughters, Barbara Walker and Pat Faulkner.