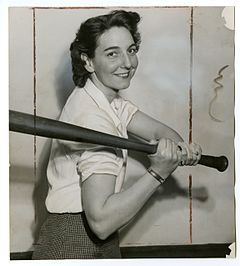 There is a kind of Holy Trinity of obsessions all serious baseball fans believe in. First, they fixate on statistics perhaps more than fans of any other major sport in America. Even the most casual fan at a game is bombarded with a barrage of facts and figures from attendance tallies to numbers quantifying a player’s success or failure in virtually all aspects of the game. Second, all legitimate fans are students of the game’s history. The pantheon of great players (or those famous for being less than great) forms a touchstone that all fans can relate to. In addition to the famous names are iconic numbers. Numbers like 714 or 755, .406, 511, or 56 all carry a special resonance within the sport and are ways to show that one is “in the know” as a fan worthy of the title. This fascination with history often combines with the fixation on statistics to form a perfect storm leading to the third aspect of any baseball fan’s make up: a predilection toward argument. Baseball fans are nothing if not a contentious group. From arguing balls and strikes to debating the superiority of one player over another, often across the span of decades, baseball seems to support a culture of disagreement. Certainly some of these debates are more common than others. One that often flies under the radar is the question of who was actually the first woman employed as a scout in the major leagues.

Some argue that Bessie Largent was under contract with the Chicago White Sox in the 1920s and 1930s and was therefore the first woman scout in the majors. Bessie and her husband, Roy, were paid in tandem for their work for the club. However, most would agree that Edith Houghton, hired by the Philadelphia Phillies in 1946, actually fits the bill as she was not paid as part of a husband-and-wife pair. Edith had a long love affair with baseball before her service with the Phillies. She was born in Philadelphia on February 12, 1912, a momentous year that saw the sinking of the Titanic. Perhaps more relative to Edith’s life, however, was the opening that same year of two beautiful new major-league ballparks: Boston’s Fenway Park and Tiger Stadium (then known as Navin Field) in Detroit. The youngest of ten children, Edith was interested in baseball almost from the time she could first walk. She would play games with neighborhood kids whenever she had the chance and from her parents’ bedroom window on the second floor she would watch night games on the field outside her house.

So enamored with baseball was she that by the time she was 8 she was the on-field mascot for the local police league teams. The job even allowed her to sit next to the mayor at games from time to time. At 9, young Edith was already doing hitting and fielding displays on the field before games. This brought her to the attention of Mary O’Gara who in 1922 had started an all-girls team called the Philadelphia Bobbies. Although the Bobbies usually fielded girls between 13 and 20 years of age, Edith’s talent helped her win a spot as the starting shortstop when she was only 10. Edith was so young that her uniform didn’t fit properly. She used safety pins to tighten her cap and punched extra holes in her belt to help her look good on the field. But Edith did not just concern herself with her appearance. Local newspapers praised her performance as the highlight of many Bobbies games.

When she was 13 Edith joined the Bobbies during a trip to Japan. The club played 15 games against men’s college teams and was paid the princely sum of $800 per game. On the way to their departure city of Seattle they played eight exhibition games throughout the Mountain States before joining up with the men who would form the team’s battery while in Japan. Pitching for the Bobbies would be Earl Hamilton, who had spent his 14-year big-league career with the Pirates and the St. Louis Browns and briefly with the Tigers and Phillies. Eddie Ainsmith, who had caught the great Walter Johnson during his 15 years in the majors, would be behind the plate. And so, with a full complement, the team sailed on the President Jefferson, arriving in Yokohama, Japan, on October 18, 1925. Japanese fans initially flocked to see the girls play and nicknamed them “the American team.”

The fans were not disappointed. Newsapers expressed surprise that the girls all dressed “like real sports persons” and wore “sports shoes instead of high heels.” And Edith Houghton was singled out for special praise when, in a game against the Nippon Dental College team, she caught a baserunner napping by using “the famous Hans Wagner ‘hidden ball’ stunt.” Edith didn’t always rely on trickery to keep runners honest. When Eddie Ainsmith expressed his concern over whether the young shortstop could handle his throws to second if he needed to pick off a runner, Edith assured him there would be no problems. Still unconvinced, Ainsmith promised an extra incentive of one yen to Edith for every catch she made. Edith readily agreed and later remembered that she took the former big leaguer for “plenty of yen” during their tour of Japan.1

Despite the success of the occasional standout (most often Houghton), however, the team was generally not made up of especially fine ballplayers. The Bobbies did not notch their first win until they played a team of Japanese actors. Attendance dwindled. The team’s American sponsor removed its backing, reneging on its agreement to pay for the remaining games and even refusing to pay for the team’s transportation back to the States. Edith and most of the girls were left stranded in Kobe under the guidance of team owner Mary O’Gara when Ainsmith and Hamilton went to Formosa (present-day Taiwan). Fortunately, an American hotel owner in Kobe put them up for a while, and a British-Indian banker offered to pay for the girls’ return passage to Seattle, and the Bobbies finally made their way home to Philadelphia in early December 1925.

Understandably disillusioned with her experience with the Bobbies, Edith left the team and played for various clubs around her hometown. Eventually she would play every position on the diamond, including pitcher and catcher. Before long she was invited to play for another premier girls’ team along the East Coast. This time, she commuted to New York City three times a week to play for Margaret Nabel’s New York Bloomer Girls. Edith was 18 and was earning $35 a week playing the sport she loved. The next year she was invited to join a team barnstorming through Texas and Oklahoma. Again she was paid $35 a week, this time as part of the Hollywood Bloomer Girls. By this time it was the beginning of the Great Depression. Opportunities for women’s baseball had all but disappeared. In 1932 Edith, still hungry to play, boldly approached the Fisher A.A.’s, a men’s semipro team in Philadelphia, and requested a tryout. Somehow she persuaded them to let her try and ended up winning a job playing first base. The sting of the Great Depression hit even minor-league baseball and soon Edith was once again looking for other opportunities to play. By this time the options available to women had dwindled even further and Edith was forced to resort to playing softball. Although it took her some time to get used to the larger ball and smaller field, she was soon distinguishing herself on the field as part of the New York Roverettes, playing in Madison Square Garden.

Like millions of American women, Edith Houghton’s life was upended by the nation’s entry into World War II. She volunteered for the WAVES (Women Accepted for Volunteer Emergency Service) and worked as a clerical assistant in the supplies and accounts department of the local naval base. At the same time, she tried out and was accepted for the department’s baseball team. Partly because of her natural talent and partly because pitching was scarce, Edith was able to put up impressive numbers. She hit as high as .800 during stretches of the season. Navy newsletters praised her ability saying, “enlisted WAVE Houghton … can make any ball team in the country.” When the war ended, Edith, now making a living as a glassware buyer for a wholesaler in Philadelphia, once again searched for opportunities in the sport she loved.2

Frustrated with the lack of options for her, and slowly growing too old to play competitively, Edith approached the owner of the last-place Philadelphia Phillies, Bob Carpenter. She offered her services as a scout for the club. Her rėsumė included a scrapbook of her baseball experience. It was certainly a bold move in a male-dominated arena like professional baseball, but Edith had already broken down barriers and the major leagues were on the cusp of a period of dramatic changes. The former star infielder probably figured she had nothing to lose by making the effort and the Phillies would have nothing to lose by signing her. Carpenter apparently felt the same way.

A few days after her visit, in February 1946, Edith got a call asking her to become the first female scout for a major-league team. Carpenter expected to receive some heat for signing Houghton, and some reports suggested the choice of a woman scout was a desperate move by a desperate team. In a clever turn of phrase, one paper explained that since the Phillies had often played like a bunch of Girl Scouts, they might as well take the drastic step of hiring a girl scout in a bid to get out of the basement of the National League. Edith felt certain that she would bring to the Phillies “a wave of talent,” however. And Carpenter decided he would have the last laugh when she signed a worthy prospect. In fact, Carpenter gave a ringing endorsement not only to Houghton, but also to the idea of women scouts in general. “There’s no reason,” he said when announcing the hiring, “why a woman shouldn’t be just as good a judge of a ballplayer as a man. Some of them know a lot more about baseball.” For her part, Edith had a clear idea what the team needed. When she was hired, she announced that her main goal was to snag players who were “big and fast” for the Phillies’ roster. Her time playing with the Hollywood Bloomer Girls against men’s teams in the Texas and Piedmont Leagues in the 1930s had given her a pretty good idea “what a ballplayer looks like.” “It’s not hard to pick them out,” she said. “You look for the natural ability. The rest comes with training.” Over the next six years, Edith scouted hundreds of players and signed 16; and, although none ever made it to the majors, two did reach Class B ball. Edith’s apparent lack of success as a scout may not be as clear as the numbers suggest. Because scouting is such a cutthroat activity, she said, if she felt any players had talent “you can bet your buttons ten others are after him, too.”3

Little record remains of Edith Houghton’s life after she left the Phillies in the early 1950s. She was called back into service with the Navy during the Korean War and subsequently faded from the public eye. Edith Houghton distinguished herself on and off the diamond. She is notable both for her groundbreaking play on men’s teams and her role as the first female scout in the major leagues.

Scouts · Scouts book: Can He Play?