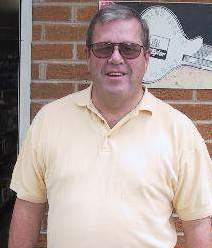 Although he went through the University of Minnesota on a hockey scholarship, Jim Rantz made his mark in baseball with the Gophers. He pitched the championship game of the 1960 College World Series, a 10-inning victory for Minnesota, and signed a professional contract a few weeks later. He has remained with the Minnesota Twins organization for more than 45 years and was inducted into the team’s Hall of Fame in 2007.

James John Rantz was born February 24, 1938, and grew up in St. Paul in the vicinity of Rice Street, a north-south artery just to the west of the city’s downtown area and the state capitol. Rantz’s mom, Dorothy, was a housewife, and his dad, Ray, drove a delivery truck for Master Bread. Jim sometimes got up at 4:30 in the morning to accompany his dad on a 160-mile route that took them north of the Twin Cities and then into western Wisconsin.

The Rantz family—which included an older sister, LaVonne (Bonnie)—lived on Charles Avenue, two blocks north of University Avenue and a block off Rice Street, until Jim was in sixth grade. He attended a Catholic School, St. Adalbert’s, from first through eighth grade and continued at the school after the family moved a few blocks north to another home just off Rice Street (and later to the vicinity of Dale Street and Wheelock Parkway). Rantz had attended kindergarten at Schaffer School and also played Pee Wee and Midget baseball at the school’s playground. After the family moved, Rantz spent time on the playground at Rice Street and Lawson Avenue, in front of Washington High School. The building, now a junior high school, is set back two blocks from Rice Street but still has an imposing presence overlooking the playground, which is now named Fritz Klark Recreation Field.

Francis Valentine Klarkowski, better known as Fritz Klark, coached the North End American Legion Post 434 baseball team. Rantz says it was from Klark that he and others learned baseball. “We got to play all summer long,” Rantz said, adding that Klark insisted that all his players be available for the entire summer. “He said, ‘If you’re going to go on vacation, you might as well not try out.’” Rantz said that the North End American Legion team was the feeder system for Washington High School, which won two state titles in four seasons.

Rantz was a member of both title teams. He got some playing time in the outfield on the 1953 championship team, which was led by shortstop Jerry Kindall, who later played in the majors and then won three national college championships as head coach at the University of Arizona.

In 1956, Rantz played third base and pitched for the Prexies. (Washington’s nickname was the Presidents, but they were often referred to as the Prexies and as the “Rice Streeters.”) Washington started the year by losing to another St. Paul team, Cretin High School. It was the Prexies’ only loss of the season. The state tournament was held at the new stadium in suburban Bloomington (which would soon be named Metropolitan Stadium and would eventually be home to the Minnesota Twins).

Rantz shared the pitching duties with a right-handed sophomore, Keith Krzyzaniak, who pitched the opening and final games of the tournament. Rantz was on the mound for the semi-final game and shut out the Edina-Morningside Hornets, a team that included Tom Moe, who became a college teammate of Rantz’s and eventually the athletic director at the University of Minnesota.

In the championship game, against Bemidji, Rantz was back at third base. With Washington trailing, 1-0, Rantz opened the fourth with a single and came around to score the tying run. Washington got another run to take the lead, but Bemidji scored, and the game was tied going into the seventh (and final) inning. The Prexies scored two in the top of the inning for a 4-2 lead. In the bottom of the inning, Krzyzaniak walked the leadoff batter. Coach Harry Nelson brought in Rantz, who retired the final three batters, two on strikeouts, to preserve the win and give Washington the state championship.

It was the second state tournament of Rantz’s senior year.   He was an ace forward on the Washington hockey team, which had been knocked out in the opening round of the state hockey tournament. Rantz also played football, although only as a senior, for the Prexies.

Following the state baseball tournament, the Kansas City Athletics invited Rantz and two teammates, shortstop John Erickson and catcher Milo Fuller, to a tryout held in Jordan, Minnesota. Rantz says all were offered contracts of approximately $500. Erickson and Rantz had already decided to play for the Minnesota Gophers under Dick Siebert, but Fuller signed with the Athletics organization. (Fuller played pro baseball through 1963. He then went to work as a pipefitter for Northern States Power Company and was killed when a boom broke and a pipe dropped on his back in June of 1965.)

Rantz was a walk-on in baseball and hockey at Minnesota, but he got a hockey scholarship when he made the team as a sophomore and kept the scholarship for the rest of his years at Minnesota. He was a left winger on a line with center Stu Anderson and right winger Herb Brooks. Anderson and Brooks were from Johnson High School in St. Paul, and the trio became known as the St. Paul Line. Rantz notes he was fortunate to play for two icons in Minnesota: John Mariucci in hockey and Dick Siebert in baseball.

The Gophers, led by Jerry Kindall, had won the College World Series in 1956. Four years later, they were back and again had a couple of key players, Rantz and Erickson, from Washington High School.

Minnesota won its opening game in the 1960 College World Series. Rantz then pitched five strong innings of relief as the Gophers came from behind to defeat Arizona in their second game.

The Gophers made it to the championship game, against the University of Southern California Trojans, and Siebert called on Rantz, who had never before started a game for the Gophers. Rantz was outstanding, and he carried a 1-0 lead into the top of the ninth. With two out, however, a walk, stolen base, and single allowed Southern California to tie the game. Rantz got out of the inning without further damage and retired the Trojans in the top of the 10th. The Gophers then scored in the bottom of the inning for a 2-1 win and their second national championship.

After his win in relief against Arizona, Rantz had received word through Siebert that the Washington Senators were interested in signing him. Rantz was undecided about turning pro. He was getting married that October to Pearl Johanson, whom he had been dating since both were at Washington High School, and he had a full-time job lined up with the city of St. Paul to run the playground at Rice and Lawson (where he had been working part-time).

After Rantz won the championship game, the Senators’ interest was even greater. Scouts Dick Wiencek and Angelo Giuliani came to the airport to meet Rantz upon the Gophers’ return from the College World Series. Giuliani found another way to entice Rantz a few days later. Charleston, the Senators’ top minor-league team, came to Metropolitan Stadium to play the Minneapolis Millers. Giuliani had Rantz pitch batting practice for Charleston. This helped Rantz make up his mind, and he signed a contract with Giuliani in the Met Stadium parking lot.

Rantz pitched for the Senators’ Class D team in Wytheville, Virginia, in 1960, winning three and losing four while compiling an earned-run average (ERA) of 3.79. He moved up in 1961 to Wilson, North Carolina, the Class B team for the Twins (after the Senators moved to Minnesota following the 1960 season). Rantz had a good year at Wilson, going 8-2 with a 2.78 ERA. He was invited to the Twins’ major-league spring-training camp in 1962 but had some tendonitis and was assigned to the Twins’ top farm team, the Vancouver Mounties, in the Pacific Coast League. He compiled a 5-3 won-lost record and 3.90 ERA in relief and was brought back to spring training with the Twins in 1963. However, he developed tendonitis again and was sent back to the minors, this time to Dallas-Fort Worth, which was the Twins’ Class AAA team; he slipped a bit to 4-4 but improved his ERA to 3.30. In 1964 he pitched again for the Twins top farm team (now the Atlanta Crackers in the International League) but had more problems with his shoulder, finishing 2-3 with a 4.62 ERA.

In 1965, Rantz went to the Twins’ minor-league camp. His shoulder still troubled him, and he was sent to Charlotte, another of the Twins’ farm teams, to rehabilitate the shoulder and see if he could pitch. During this time, George Brophy, the Twins’ assistant farm director, called to see if Rantz might want to manage their St. Cloud team in the Midwest League, a short-season league that would not begin play until June. Rantz liked the idea since it would keep him in the game. He planned to pitch batting practice to see if his shoulder would come around since he still had hopes of pitching again and making it to the majors. That didn’t happen, but he did manage the Rox to the Northern League pennant.

After the Northern League season ended, Rantz asked Brophy if the Twins needed any help in their front office. The Twins were in the process of winning the pennant and would be hosting World Series games, so Rantz began by helping out Tom Mee in the public-relations department. The job became permanent by the following year.

In 1970 farm director Sherry Robertson was killed in a car accident. Brophy moved into his spot, and Rantz became Brophy’s assistant. In 1986, Brophy left the Twins, and Rantz took over as director of minor-league operations, a position he still holds.

While still an assistant under Brophy, Rantz was responsible for the Twins learning about Kirby Puckett, who played for the Quincy team in the Central Illinois Collegiate League in 1981. This was the summer that major-league baseball players were on strike for nearly two months. With revenues barely trickling in because of the strike, many major-league teams cut back on operations, such as scouting. Rantz used his free time to visit his son, Mike, who was playing for Peoria in the Collegiate League. By chance, Peoria was playing Quincy the night that Jim Rantz showed up. Rantz had come to watch his son, but it was Puckett who caught his eye. “He had something like four hits and made a great throw from center field to throw out a runner at the plate,” Rantz recalls. “And the best thing was that there were no other scouts in the stands to see him.” Based on the report of scout Ellsworth Brown, who followed up on Rantz’s recommendation, the Twins drafted Puckett, who went on to a Hall of Fame career in Minnesota.

In 2007, Rantz was inducted into the Minnesota Twins Hall of Fame. The annual award for the best pitcher in the Twins minor-league system is also named after Rantz. Another honor came his way in 2008 when he received Minor League Baseball’s inaugural Sheldon “Chief” Bender Award for distinguished service in player development.

Annual guides published by The Sporting News were used for Rantz’s minor-league statistics.