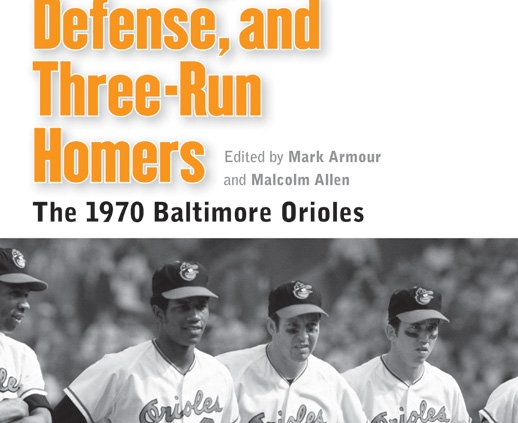 Editor’s note: This essay is from SABR’s “Pitching, Defense, and Three-Run Homers: The 1970 Baltimore Orioles” (University of Nebraska Press, 2012), edited by Mark Armour and Malcolm Allen. 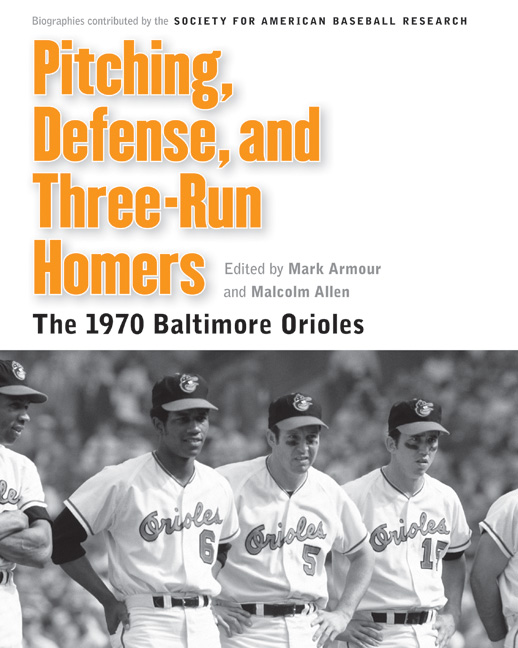 The seed that sprouted into the powerful Baltimore Orioles teams of the 1960s and ‘70s was planted by two baseball lifers who despised each other. Together they lifted the once-woeful St. Louis Browns into the ranks of the game’s elite.

The Orioles were just one season removed from their sorry history in St. Louis when Paul Richards took over as both general manager and manager in September 1954. He proclaimed, “I’m running the show.”1 A lanky, hard-eyed Texan—a friend’s wife described him as “a cold fish”—Richards came from Chicago, where he and general manager Frank Lane had transformed the sagging White Sox into a consistent winner. Wearing his two hats in Baltimore, Richards exercised total control over baseball operations.

The scouting and farm director he inherited, Jim McLaughlin, had come with the franchise from St. Louis. The farm system was a joke; the Browns had been too poor to invest in scouting and player development. But McLaughlin convinced Richards that he could do better with money to spend. It was a marriage made in hell. The two had just one thing in common: Each of them got up every morning, looked in the mirror, and thought he saw the smartest man in baseball.

The 1954 Orioles played like the old Browns; they lost 100 games, the same as in their final season in St.  Louis. It took Richards and McLaughlin six years to build them into pennant contenders. By 1960, when the Birds flew with the Yankees until the last two weeks of the season, the foundation for future success had been laid.

Recalling the fractious partnership, McLaughlin said, “Where Richards and I saw eye-to-eye was on pitching, the priority it ought to have in building a farm system.”2 McLaughlin and his scouts found the pitchers; Richards and his coaches molded them. In 1960 the Orioles had grown five pitchers under age 23, called “the Kiddie Korps,” who recorded 58 of the club’s 89 victories. Baltimore also boasted the American League Rookie of the Year, shortstop Ron Hansen, and 23-year-old third baseman Brooks Robinson, who found his bat and finished third in the Most Valuable Player voting behind Roger Maris and Mickey Mantle.

By then Richards and McLaughlin had created the player development scheme that came to be known as “The Oriole Way.” The team established a minor league spring training base in the piney woods at Thomasville, Georgia, on the grounds of a rest home for war veterans. It had eight military-style barracks with thirty cots in each. Uniform numbers rose into triple digits—pitcher Steve Barber drew number 285 in his first camp. That was about 100 more players than could fit on the rosters of the eight farm clubs. Minor league managers and coaches graded the prospects and suspects on a scale of 1 (the best) to 4 in hitting, running, throwing, power and pitching. In the evenings the staff met in a conference room called “The Bird’s Nest” to cut the ones who didn’t measure up. A 30-year-old minor league manager, Earl Weaver, became director of the Thomasville camp in 1961. When he delivered the painful verdict, ending a young man’s dream, he said, “Some of them cry, others get mad, a few go crazy. One pulled a knife on me.”3

Richards prepared a small manual for instructors in the Orioles’ system explaining how he wanted them to teach the game’s fundamentals.  It was a condensed version of his 1955 book, Modern Baseball Strategy, a catalog of the nitty-gritty: how to execute cutoffs and pickoffs; how to defend against bunts with a runner on first, runner on second, runners on first and second; how to stop a double steal. Richards once wrote, “The simple things in baseball number into the thousands. The difficult or esoteric? There is none.”4 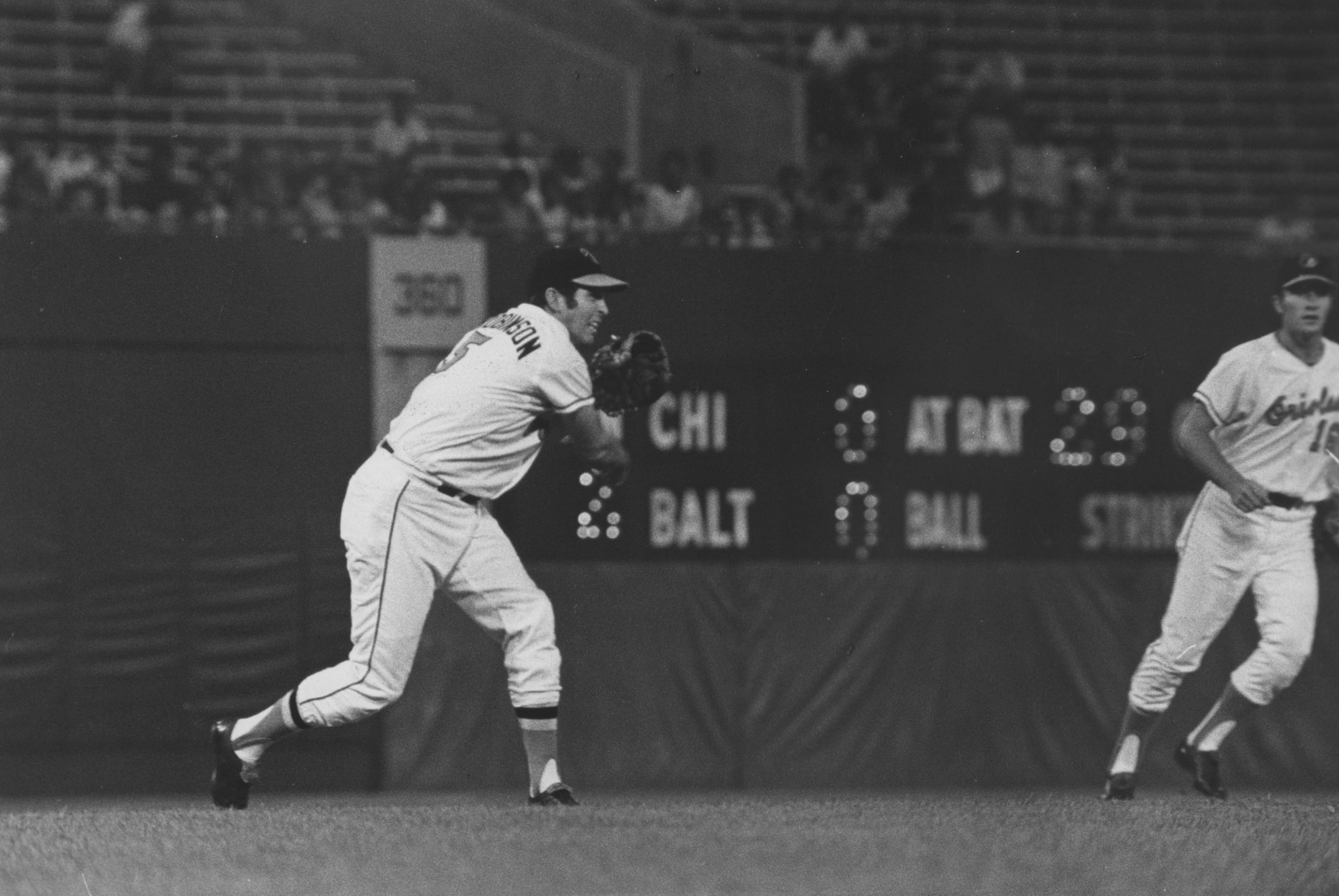 Every spring he brought minor league managers and coaches to the major league camp and indoctrinated them in his system so the techniques would be taught the same way from the top to the bottom of the organization. Dick Williams, an Orioles utilityman and future Hall of Fame manager, recalled how Richards opened spring training by taking players to the on-deck circle: “This is what we do going up to the plate as far as looking at the coaches and getting the sign is concerned.”5 Richards made a circuit of the bases, explaining offensive and defensive plays at each stop. The lectures went on for about two hours a time; it took him three days to cover the entire field. Teaching baseball was Richards’ passion,”24 hours a day,” Orioles scout Jim Russo said.6

The Richards-McLaughlin power struggle eventually brought both men down. Richards was forced out of the general manager’s job after the 1958 season because the owners had had enough of his free spending and disdain for the chain of command. His successor as GM, Lee MacPhail, soon tired of refereeing between his two lieutenants. MacPhail said, “It got to the point where you were either a ‘McLaughlin player’ or a ‘Richards player’ in the organization, and there were decisions made on that basis.”7 Late in 1960 he fired McLaughlin. After leading the Orioles to second place in 1960 and third in 1961, Richards moved on to a new challenge: building the Houston expansion franchise, the first big league team in his home state.

The Orioles won their first pennant in 1966 under Hank Bauer, one of several ex-Yankees MacPhail brought to the club. But after sweeping the favored Dodgers in the World Series, Baltimore slipped to a losing record over the next season-and-a-half. When Bauer was fired in July 1968, first-base coach Weaver took over. General manager Harry Dalton had identified the feisty Weaver as a comer soon after the bush league second baseman began managing in the minors at age 26.

Weaver thought the organization had strayed from the fundamentals of the Oriole Way. With Dalton’s support, he brought the philosophy back to the forefront. Richards’ little manual had been expanded into a bigger book that told a player what to do from the moment he walked into the clubhouse. “It was a detailed, position-by-position, definitive system of how the game should be taught and played,” farm director Lou Gorman said. “Every player in the organization had to read and absorb the manual, at every level, and play the game on the field the Orioles way.”8 There was another manual for instructors and a third one for scouts. This was not an original idea; Branch Rickey had standardized instruction in the Cardinals and Dodgers organizations. But the Orioles stuck with their way through a succession of owners, front-office executives, and managers.

“The Oriole Way was ‘never beat yourself,” catcher Elrod Hendricks said. “And that’s why we won so many close games. We let the other team make mistakes and beat themselves, and when the opportunity came we’d jump on it.”9 It was the gospel according to Paul Richards: Most games are lost rather than won.

As important as the techniques were the men who did the teaching. Many of the Orioles’ instructors were career minor league players like Weaver, but they made up a roster of future major league managers: George Bamberger, Billy Hunter, Clyde King, Jim Frey, Darrell Johnson, Joe Altobelli, and Cal Ripken Sr. The front office was a farm system for future general managers: Dalton, Gorman, Frey, Frank Cashen, Hank Peters, John Hart, and John Schuerholz.

The first links in the winning chain were the scouts. Jim McLaughlin was one of the first to insist on using cross-checkers rather than betting on the opinion of a single scout. He devised a circular chart that he labeled “The Whole Ball Player.” The top half of the circle covered the player’s visible tools: speed, arm strength, hitting. McLaughlin told his scouts to learn about the bottom half, traits that “cannot be seen with the eye:” intelligence, teachability, family background, habits. He brought in FBI agents to teach scouts how to conduct a background investigation and sent his minor league managers to seminars designed by Dale Carnegie, the author of How to Win Friends and Influence People, to improve their communications skills. The Orioles were one of the first teams to give players psychological tests.

“The Orioles pay attention to two things when they sign players,” said George Bamberger, who worked his way up to become Weaver’s pitching coach. “The first is talent. Next is attitude. They are far more aware of a player’s attitude than most organizations.”10 After McLaughlin left, Walter Shannon came over from the Cardinals as scouting director. (Shannon had signed 17-year-old second baseman Earl Weaver, not the brightest line on his resume.) The eyes and ears of the organization were scouts like Baltimore legend Walter Youse, Dee Phillips, Bill Werle—who had the final word on pitchers—and Jim Russo, who was nicknamed “Super Scout.”

Building on Richards’ and McLaughlin’s foundation, the Orioles emphasized signing young pitchers and developing them through consistent instruction as they climbed the ladder. “It begins in rookie ball,” one of those pitchers, Dave Ford, said. “The first thing they told me was I didn’t have to strike everybody out. The second thing was not to walk anyone. The third thing was learn to throw a changeup.”11

“We had the right players, no doubt about it, but we stressed those strong fundamentals in our minor league system for years,” Weaver said later. “When guys came up they were well-schooled in the Oriole Way. They knew what they had to do.”13 Ron Hansen, Curt Blefary, Al Bumbry, Eddie Murray and Cal Ripken Jr. were named Rookies of the Year. The prospects graduated to the big club like waves breaking on the shores of the Chesapeake Bay.

The Oriole Way produced dramatic success. After Weaver became manager in July 1968, the club staged a second-half pennant run before finishing second behind Detroit. The next season Baltimore won 109 games and another pennant. Then another, plus a World Series, in 1970. Previewing the 1971 season, Frank Deford wrote in Sports Illustrated, “By consensus, the Orioles are not only the best team, but the best organization—with the best players, the best manager, the best system, the best front office, the best morale and, definitely, the best chances…. The team may or may not be a dynasty, but it is accepted as the model of a dynasty, as the Rickey Cardinals and Dodgers were, or the Weiss Yankees.”14 But even after a third straight pennant in ’71, the club was never recognized as a dynasty because it won only one of three World Series.

The next generation—Don Baylor, Bobby Grich, Al Bumbry, Doug DeCinces—was already rising through the farm system.  Over two decades, from 1964 through 1983, the Oriole Way produced at least 90 victories 16 times, with only a single losing season—the best record in the major leagues.

3 Earl Weaver with Berry Stainback, It’s What You Learn After You Know It All That Counts (Doubleday, 1982), 235. An extensive description of the Thomasville camp is in John Eisenberg, From 33rd Street to Camden Yards (Contemporary Books, 2001), 71-76.

4 From an untitled, undated manuscript by Paul Richards, in the author’s files.