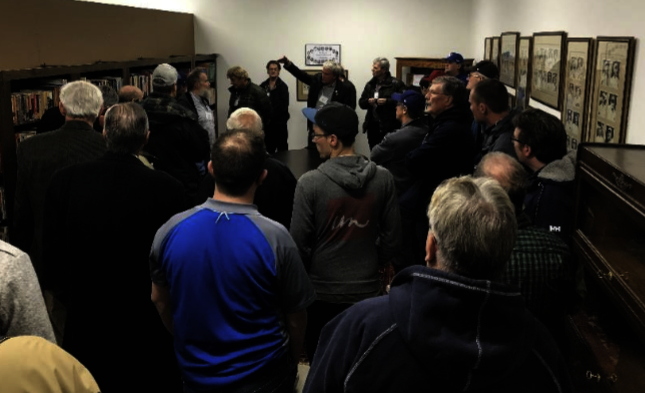 Some 70 cranks attended the fourth annual Canadian Baseball History Conference in London, Ontario on the weekend of November 9-10, 2019. The Conference venue, Museum London, offered a spectacular view of the Forks of the Thames River, and overlooked Labatt Park, the world’s oldest ballpark.

Local historical flavour was provided by a London jeweller who loaned a large ball of lightweight metal proclaiming “Baseball Today!” The ball had been hung outside the store, at a prominent downtown intersection, whenever a game was scheduled at nearby Tecumseh Park (now Labatt Park). The store has been operated as a jewellery outlet, under various ownerships, for decades, and was at one time owned by the family of Thomas Gillean, an outfielder with the champion London Tecumsehs of the 1877 International Association. The ball therefore represents a possible link to London baseball’s (and Labatt Park’s) earliest days.

A special feature of the Conference was a bus trip to the newly renovated and expanded Museum facility at the Canadian Baseball Hall of Fame in nearby St. Marys. The Hall’s Director of Operations, Scott Crawford, directed a tour of the Museum, while long-time SABR member Andrew North presented the new reference library that serves as the physical home of the Centre for Canadian Baseball Research. 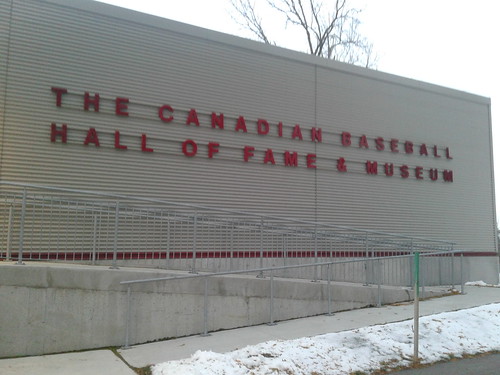