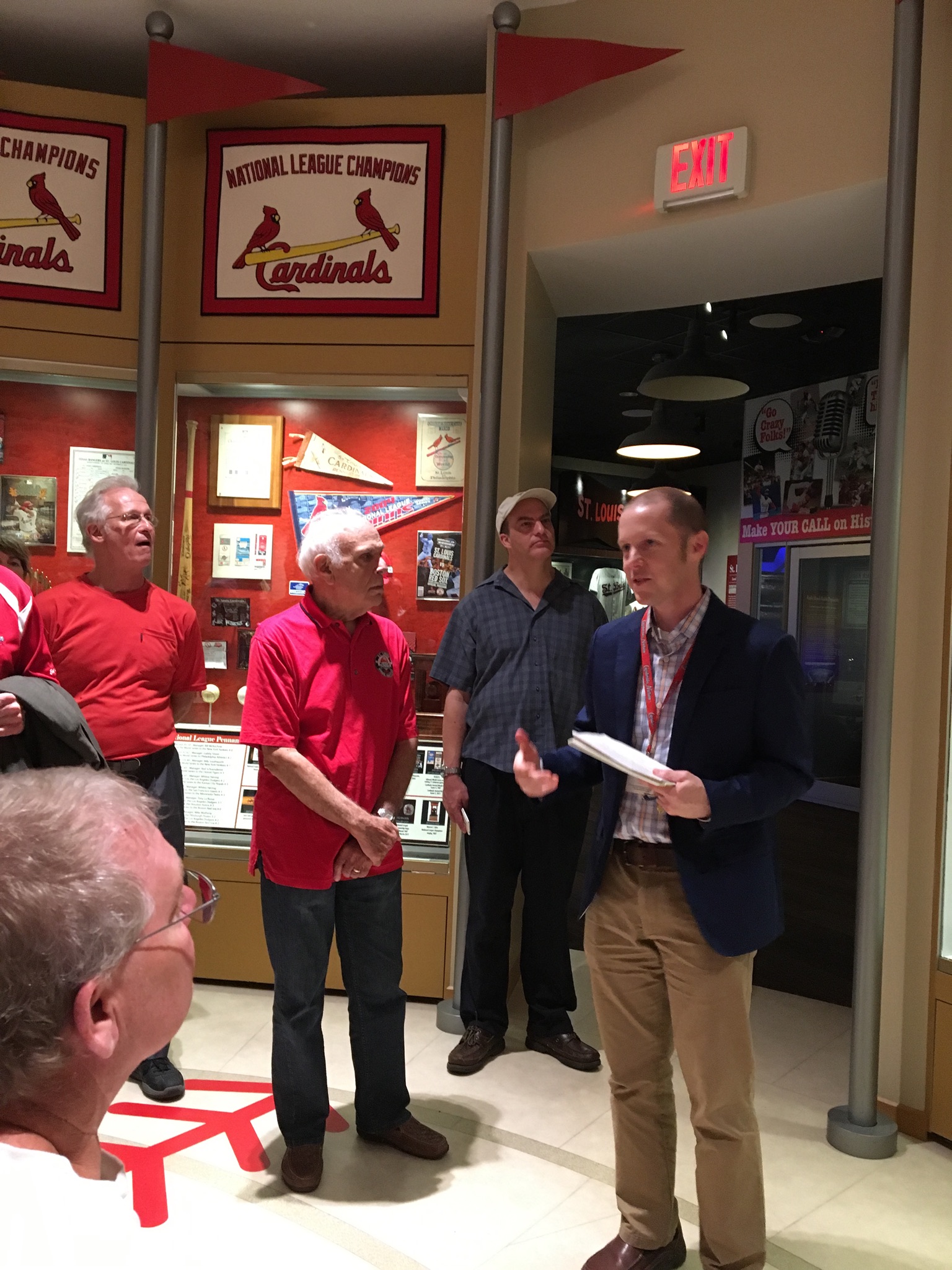 Everyone enjoyed an excellent meal prior to a trip upstairs to take an after hours tour of the St. Louis Cardinals Hall of Fame & Museum hosted by Brian Finch, Manager of Stadium Tours and Museum Outreach. In the Hall of Fame Gallery, Chapter president Brian Flaspohler called the meeting to order.

Announcements were made for a couple of upcoming (now passed) book signings for St. Louis Browns: The Story Of A Beloved Team by Bill Borst, Bill Rogers, and Ed Wheatley. Bob Tiemann’s trivia topic was “2017 Cardinals Hall of Fame Inductees (Pepper Martin, Tim McCarver, Mark McGwire)”. Jim Leefers and Pat Rieck tied with 15 out of 22 and Leefers was the winner of the tie-breaker question. He received a Cardinals Hall of Fame Induction plaque signed by 10 members of the Cardinals Hall of Fame. Second and third prizes were a signed book, Redbird Relics: Treasures From the St. Louis Cardinals Museum and a Ted Simmons autographed baseball. All prizes were donated by the museum.

The group then proceeded into the museum for the tour where Finch provided several enthusiastic accounts of how certain items were acquired, including a recently purchased 1886 American Association World Championship players medal; Stan Musial items including his Presidential Medal of Freedom; the uniform worn by Eddie Gaedel; Albert Pujols and Yadier Molina items; and David Freese’s half jersey from the 2011 World Series. Finch then allowed ample time for the guests to browse through the museum on their own. It was a wonderful evening, seemingly enjoyed by everyone who attended this special meeting. Thanks to Brian Finch for arranging the event!

Our Baseball “First Wednesday” Meeting will be on October 4 at the Sportsmans Park Restaurant and Bar at 9901 Clayton Road in Ladue. The next regular meeting will be at the Sports Café in Bridgeton on Monday, October 23, 2017 starting at 5:30 p.m. All baseball fans are welcome to attend. 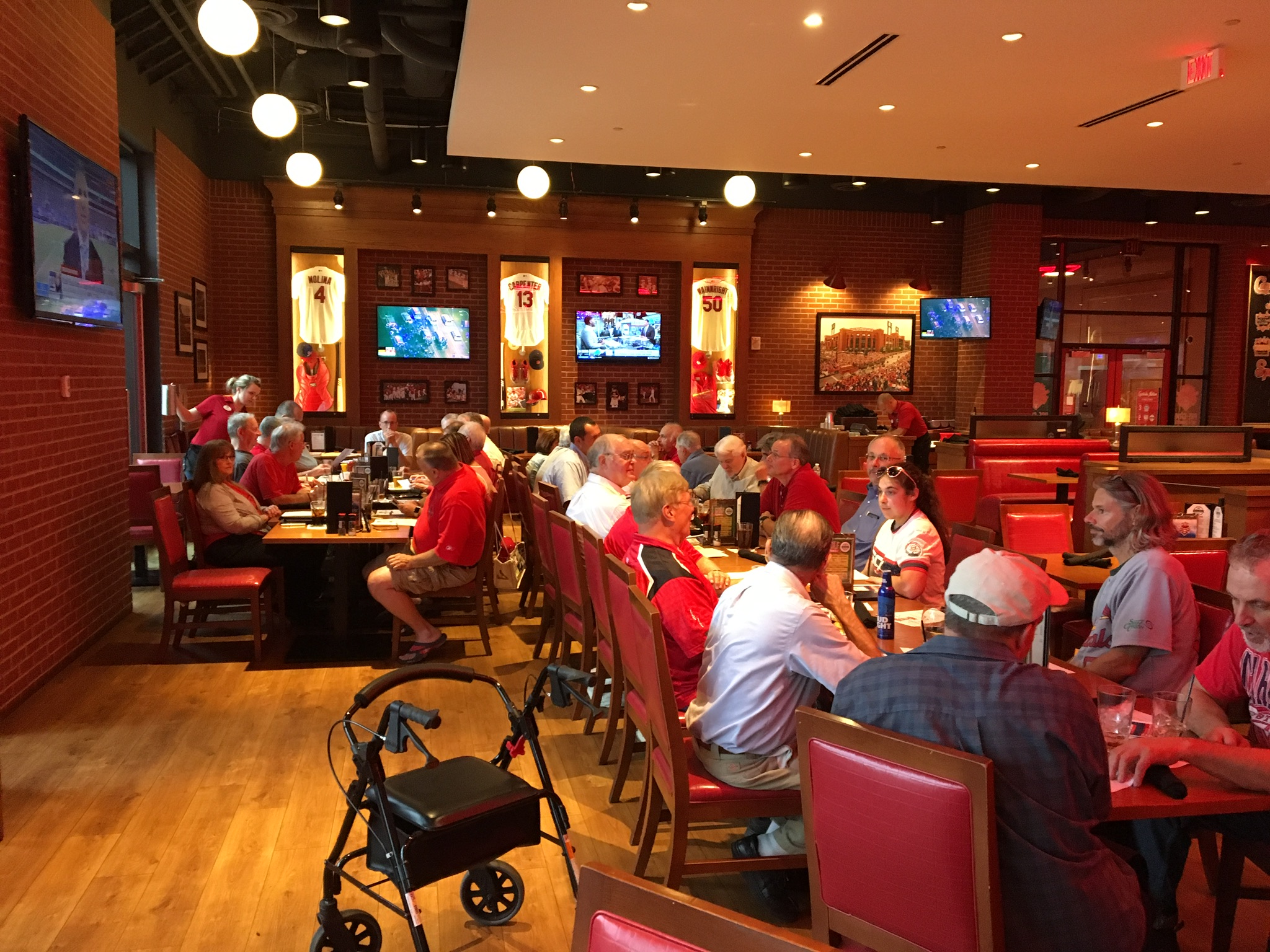