The 2016 Fall Meeting of the SABR Boston Chapter was, for the first time, held at the studio of WBUR-FM, home of Boston University Radio and home of the program “Only a Game” on November 5, 2016. Although we regretted that we were unable to secure anyone from the program, since they were no doubt all out tracking down more items for the next program — in Boston sports news never does cease — we were able to partake of their excellent facility, so conveniently located near several Boston sports landmarks. 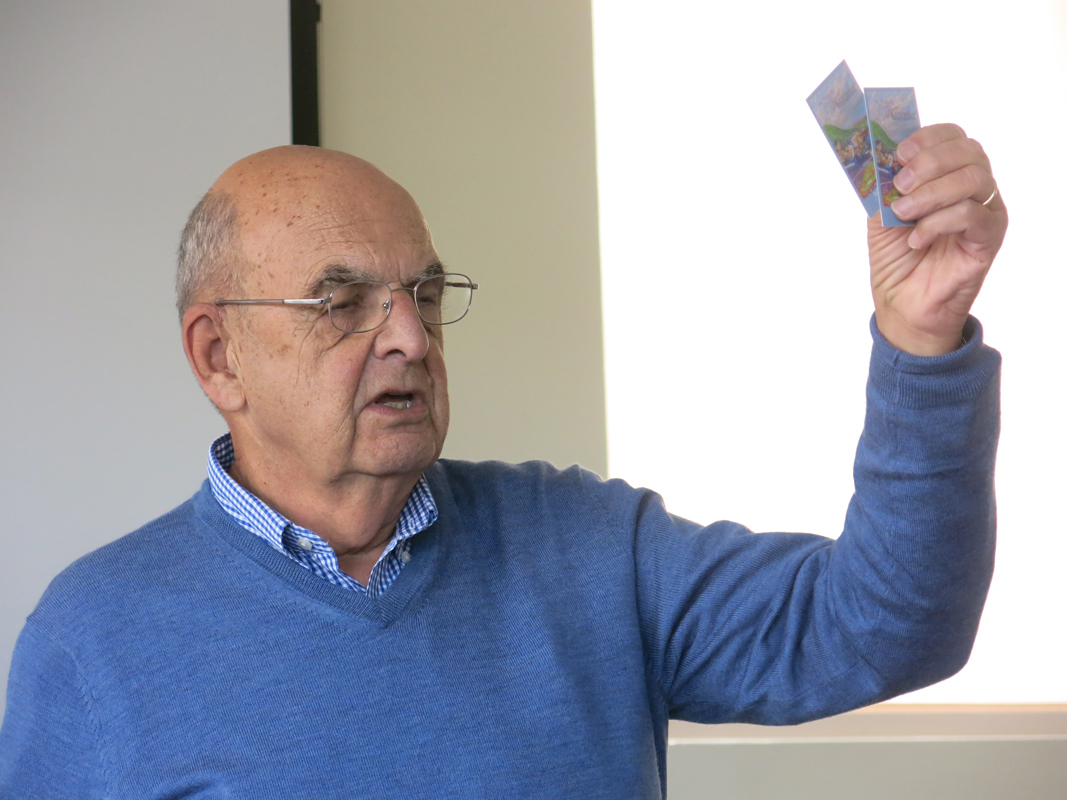 The meeting began as every meeting should, with lunch at the Sunset Cantina, two hours of food and preliminary baseball talk. We settled a few baseball conundrums and also celebrated the Cubs’ World Series win, as Red Sox fans know all about patience and fortitude.

At one o’clock, the presentations at WBUR began in earnest, with David Kaiser leading us through “Who Won the Pennant – Breaking Down the Red Sox, 1967-2016.”  Robert Wirz also gave a fascinating view of a career in baseball and read from his book, The Passion of Baseball. The recent SABR publication of Boston’s First Nine: The 1871-75 Boston Red Stockings was presented and several of the contributors spoke about their articles. The life and times of Boston ballplayer Alfred Jupiter was present by Joanne Hulbert, Larry McCray also talked about a Boston perspective on base ball origins. As an ultimate story, Bill Nowlin spoke about umpire Ted Barrett, and he also announced the upcoming book on they who are frequently maligned. 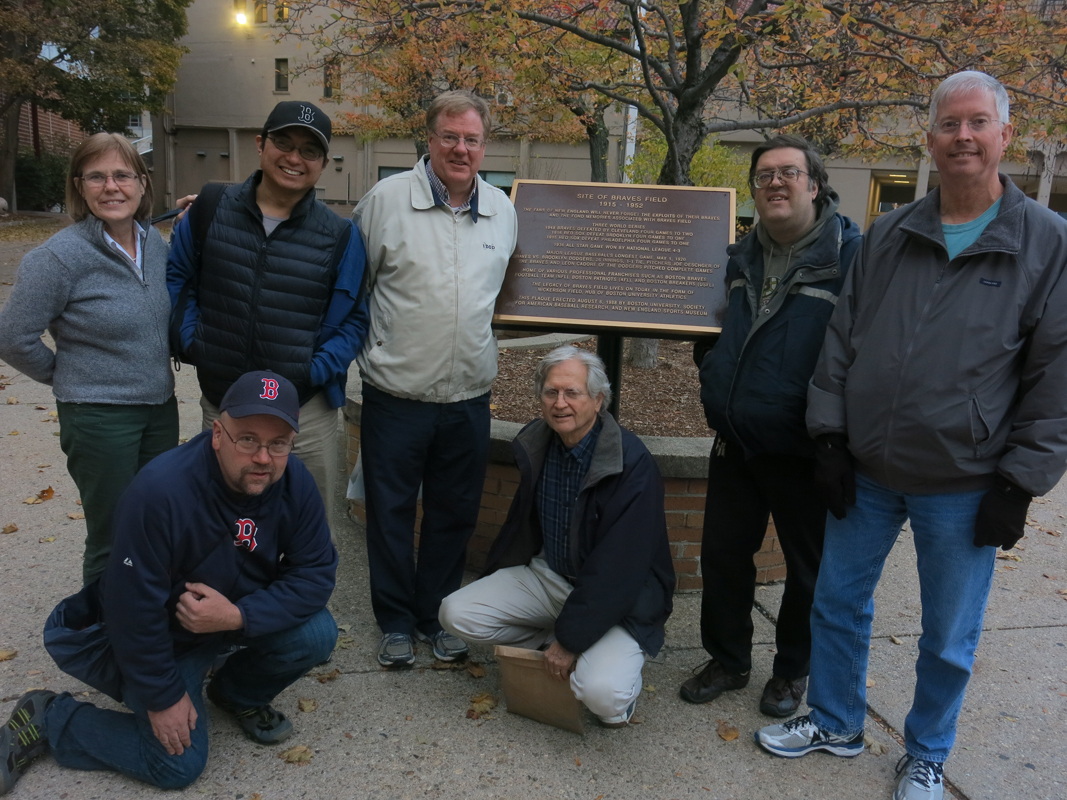 At 5 o’clock, a group of stalwart attendees proceeded over to the site of Braves Field, paid homage to the plaque and the field now used by BU mostly for soccer. Some vestiges of the old 1915 field are still apparent.

And those still up for more, proceeded down Commonwealth Avenue to the Dugout Cafe, an old bar dating back to prohibition times where Ted Williams was said to have borrowed the owner’s car from time to time, where the Brink’s Robbery was  planned in a corner booth (yes, we sat in that booth) and also, was the watering hole with bar stool where Pinky Higgins sought refuge after every Red Sox game (an event we did NOT celebrate).

A good meeting enjoyed by all, we do hope that WBUR will let us back next year. View more photos below, courtesy of Dixie Tourangeau.