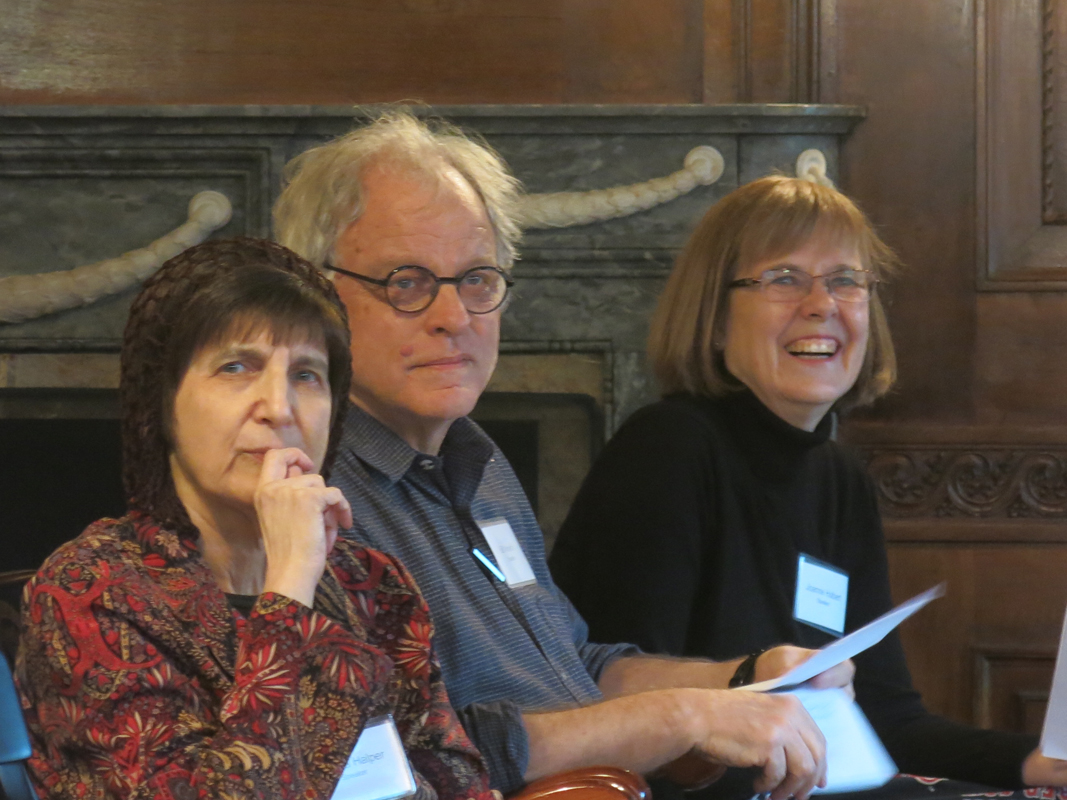 On Tuesday evening, May 9, 2017, the Boston Chapter joined the Gibson Museum for an event that celebrates the rich history of baseball in Boston. For several years, the Boston Chapter has presented stories and history that coincide with the era that is also celebrated by the Gibson Museum, 137 Beacon Street, in Boston’s historical Back Bay. This year, the stories featured were drawn from a long tradition of baseball in the Hub where interesting characters abound.

Featured speakers were Robert Goodof, who told the story of “The Rabbit and the Swastika,” and allayed our concerns over creeping fascism on baseball uniforms.

Bill Nowlin related the interesting story about Mel Almada, a player born in Huatabampo, Mexico, an outfielder with the Boston Red Sox from 1933 to 1937.

Joanne Hulbert looked into the blurring of race and integration on Boston’s minor league and college teams during the late 19th and early 20th century with stories about William Selden, Alfred Jupiter and William C. Matthews.

Wayne Soini brought up tales of Judge Fuchs and his years 1922 to 1935 as owner and one-time manager of the Boston Braves, the National League team that lest we forget, was the original major league team in Boston.

Donna Halper, always irrepressible and a valued educator on all things baseball in Boston, regaled the attendees with her research on newspaper cartoons and their indispensible contribution to baseball reporting. Who knew that art and literature were so dependent upon the artist’s pen and ink to tell the story of baseball where words were so inadequate.

Each year at the Gibson Museum, SABR researchers and writers, along with the charm of the Museum come together to celebrate an essential part of Boston history, and the event is always highly entertaining.