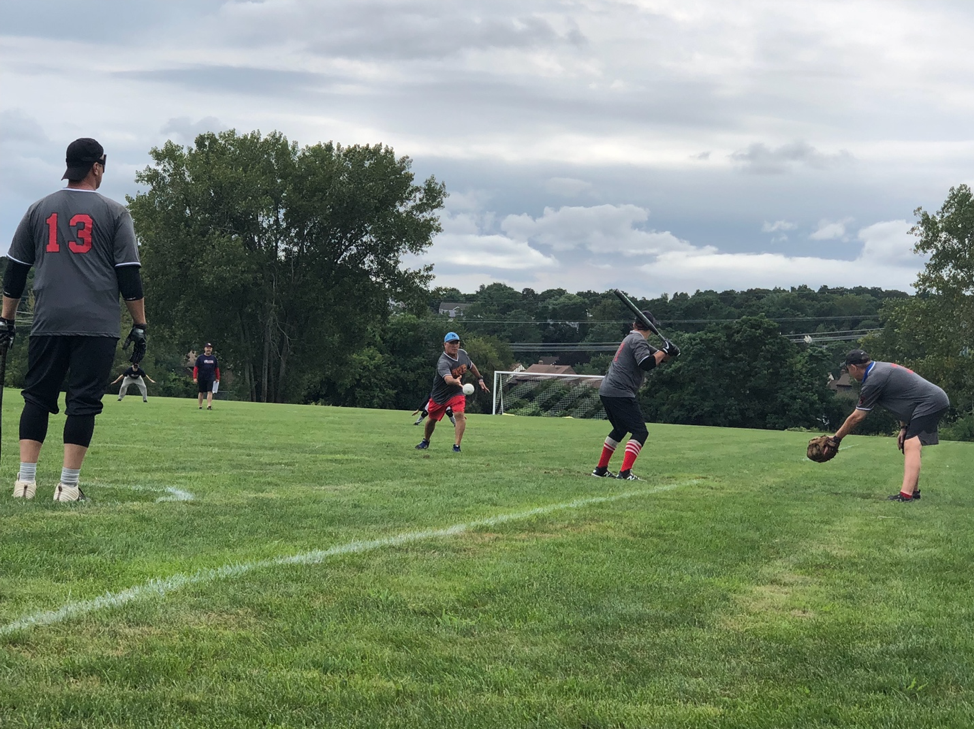 The Red Sox won a game in Cleveland on Saturday, August 28, 2021, with a bit of a cliffhanger in the tenth. That wasn’t the only Boston ball team that won that day, but with less of a squeak and more of a beeping ball that brought on their 3-1 victory. The Boston Renegades, the “Beast of the East,” played a series of games at Woburn against the Long Island Bombers and the Philadelphia Fire.

Members of the SABR Boston Chapter were at the game that was in every way as interesting, thrilling, and worth cheering about as any Red Sox game. A baseball offers enough challenge for any batter, including the likes of Ted Williams. The Renegades add the extra challenge of relying on their ears to track the beeping ball as it is offered up by sighted pitchers and catchers. When the ball is struck, the runner must then discern which base they are to run for while players in the field track down the still beeping ball — and, if captured before the runner reaches the base, well, the runner is out.

Now, this may all sound rather mundane, watching the players of each team is far from it and a game is truly a sporting adventure. The Boston Renegades are supported by the Massachusetts Association of Blind Citizens.  The Boston Chapter has invited the Boston Renegades to Chapter meetings over the past few years, and we encourage members to support the team.  The documentary The Renegades: A Beep Ball Story has been featured in several venues around the Boston area as well as a presentation at the Baseball Hall of Fame in 2018, and the game now shares a place with the rest of the baseball story at the Hall.

Beep ball is a way to bring the thrill of the game, the thrill of the grass and — in the case of the Boston Renegades — frequently, the thrill of victory. Their reputation is respected among the beep ball teams and they earned their name as “the Beast of the East.” Spectators will never see any other ball game with more enthusiastic players getting a hit or fielding the ball in front of a crowd of spectators rooting for the home team, as well as the visitors.

For those who are not familiar with the game of beep ball, check out the Renegades website at:

There are also many YouTube clips available. Search for Boston Renegades beep ball and numerous video clips are available that feature the game.