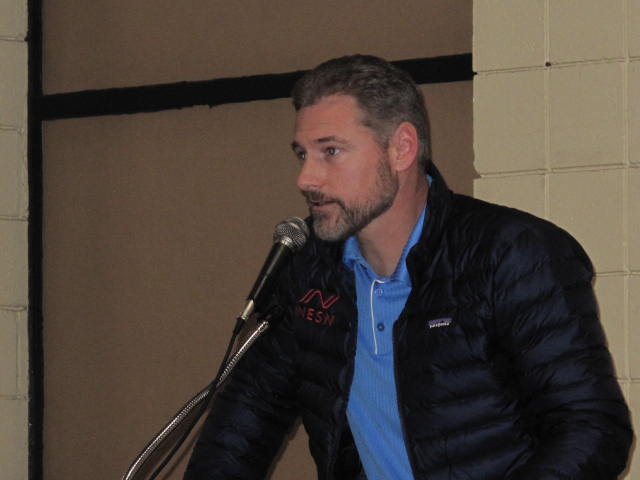 Our guest speaker was the same man who came to our last in-person meeting (in November 2019), former Boston Red Sox pitcher Lenny DiNardo, now a baseball analyst with NESN, which broadcasts the Red Sox games. Lenny made a number of trenchant observations about the team’s successful 2021 season, and predicted more success ahead.

Before that, our first order of business was the mock Hall of Fame election, conducted with great efficiency by Mike Darowski. After tallying the ballots, Mike reported the following:

38 ballots were filled out with only two of the 30 players on the ballot not receiving at least one vote. Only one player exceeded the 75% required for election, Red Sox great David Ortiz, who appeared on 84.2% of ballots. Curt Schilling, at 60.5%, had the second highest total. He was followed by Roger Clemens and Todd Helton (44.7%), and Barry Bonds (39.4%).

Steve Krevisky and Joanne Hulbert, leaders of the Connecticut and Boston chapters, spoke briefly about their groups’ activities. 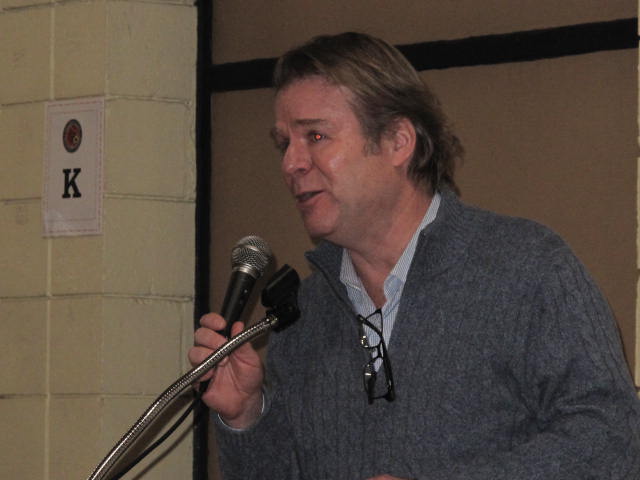 There were three presentations, two by veteran baseball authors. Erik Sherman spoke about some of the players he interviewed for his recent book “Two Sides of Glory,” about the 1986 Red Sox. (Erik has also published “Kings of Queens,” about the 1986 Mets, the Red Sox’ World Series foes that year.) Bill Ryczek spoke about Dick Stuart, the subject of his most recent book, “Dr. Strangeglove.” The third presenter, Dixie Tourangeau, as is his wont, expounded on a variety of topics.

After a lunch break, Father Gerry Beirne presided over the trivia contest, whose questions were appropriately keyed to each season since 1901 that ended in “1.” The winner was David Kaiser.

Then it was time for Lenny DiNardo. After his appearance, the meeting concluded with the usual book raffle and sale. Thanks to the attendees who contributed books to the raffle pile. 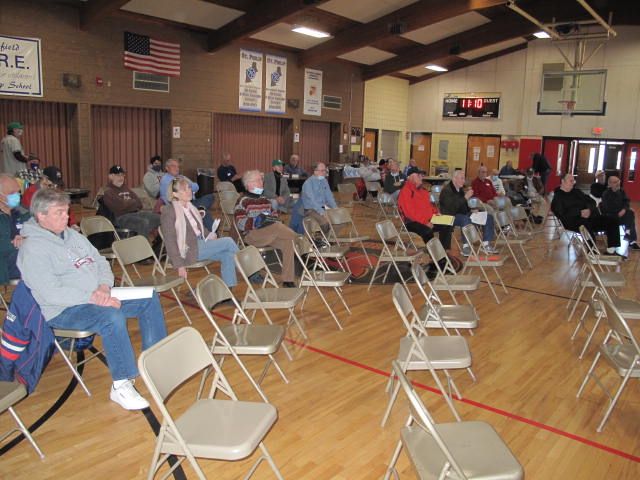 Note: Since McCoy Stadium is bereft of a minor league team, the June 2022 meeting will take place in a new venue. A strong possibility is a facility in the town of West Greenwich, which is an easy drive down Route 95 from Providence, and has facilities that could handle our meeting. Mike Darowski, who lives in the town, is our point man on this project. We will keep the chapter members apprised of any developments.