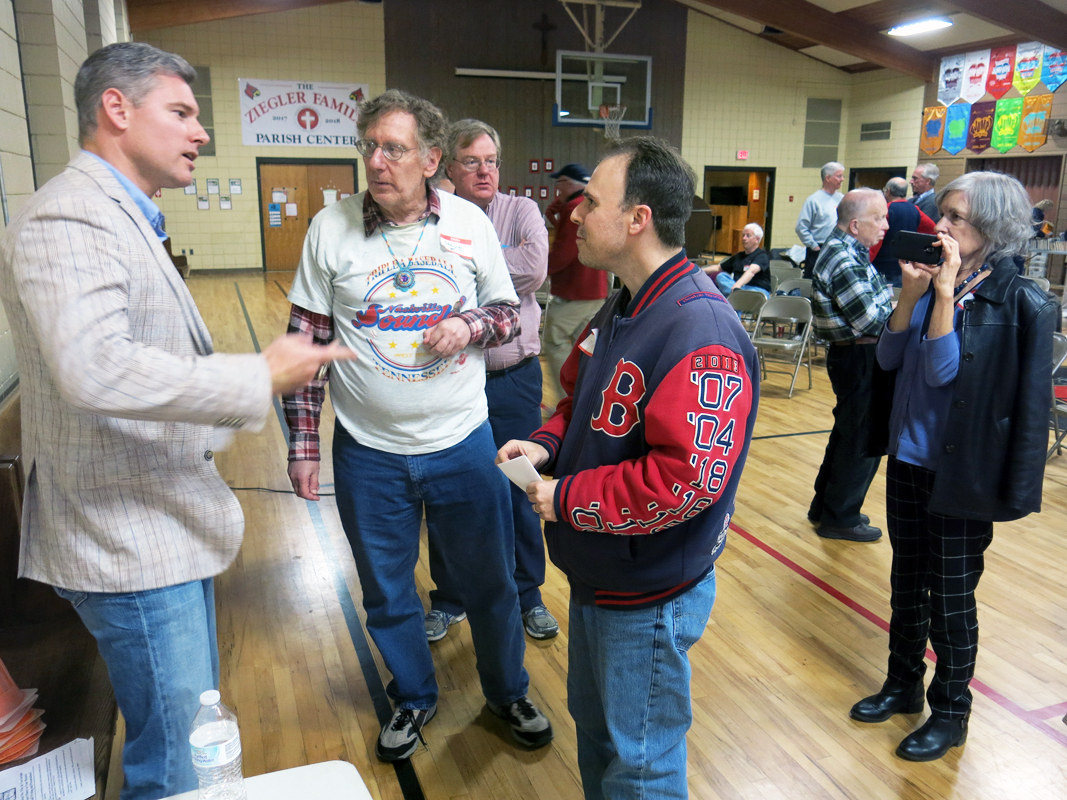 A highlight of the annual post-Thanksgiving meeting of SABR’s Lajoie-Start Southern New England Chapter for the past several years has been its mock Hall of Fame vote. This time, the electors gave the nod to ballot newcomer Chipper Jones (76.6 percent of the votes) and no one else. Only four others received at least 50 percent of the vote: newcomer Jim Thome (70.2%), Vlad Guerrero (57.4%), Edgar Martinez (53.2%), and Trevor Hoffman (51.0%). None of the candidates on the Modern Era ballot were “elected.” The top vote-getters were Luis Tiant (48.9%), Marvin Miller (36.2%), and Alan Trammell (21.2%).

The annual mock HOF election is run by chapter member Mike Darowski. If other chapters are interested in holding an election, Mike will be happy to share his documents, steps for running, and a few tips. You can reach him at: mike@mikedarowski.com.

When they weren’t filling out their ballots, the 53 members and guests present for the meeting on Saturday, November 25, 2017, at St. Philip’s Parish Center in Greenville, Rhode Island, were listening to two guest speakers, Lenny DiNardo, former southpaw pitcher for the Red Sox, Athletics, and Royals, and Kevin O’Connor, an umpire evaluator for Major League Baseball.

They also heard presentations from Steve Krevisky (events of 1917); Rick Harris (Early Twentieth Century Discrimination Against African-Americans and Women); Dixie Tourangeau (Reminiscences a la Al Kermisch); Paul Henseler (on his book, The New Boys of Summer: Baseball’s Radical Transformation in the Late Sixties); and Bill Ryczek (on his book Baseball on the Brink: The Crisis of 1968).

Father Gerry Beirne’s trivia quiz had a focus on modern players. It was won by Marc Wise.

As usual, the baseball book raffle and sale was heavily patronized.

The Lajoie-Start chapter has been holding twice-a-year meetings since 1985. The next meeting will be held on a Saturday in June at McCoy Stadium in Pawtucket, R.I. Which Saturday it is depends on the Pawtucket Red Sox home schedule.

Click here for a photo gallery from the meeting or view a slideshow below. All photos courtesy of Dixie Tourangeau.