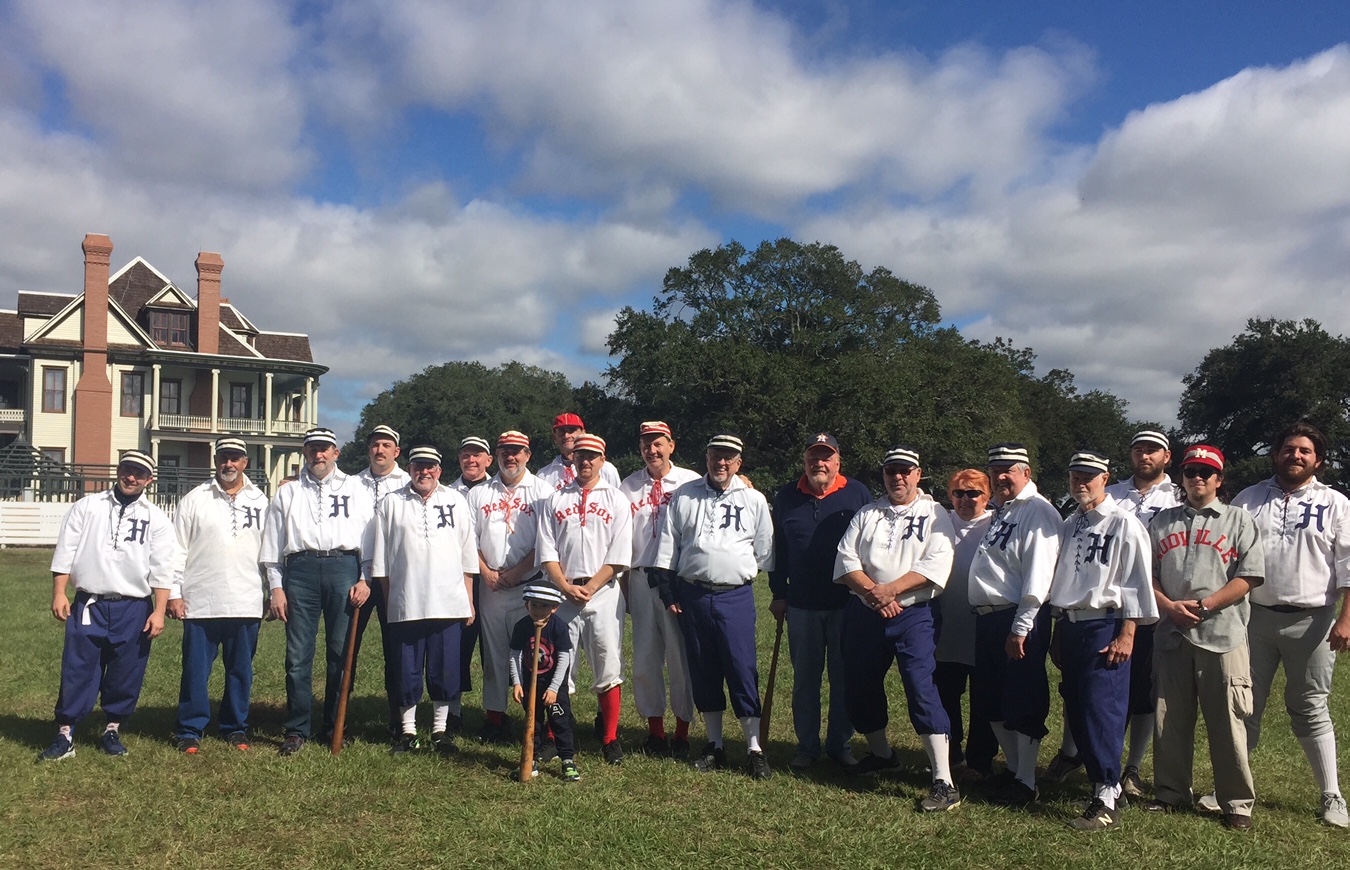 Under sunny skies in nice fall weather on October 26, 2019, the Houston Babies played the Barker Red Sox in a vintage baseball game during the Texian Market Days at the George Ranch in Richmond, Texas. With lots of cranks (fans) from SABR’s Larry Dierker Chapter watching, the two teams played by 1860 rules and explained these rules to the crowd. We even had a young middle school volunteer to bat to show her fellow classmates how it was done.

The game was preceded by SABR member Mike McCroskey leading the gathering in singing “Take Me Out to the Ballgame” and then leading us in a tribute to our own Bill McCurdy, who passed in May, by singing “Amazing Grace” and reflecting on Bill’s legacy. Bob Copus also said a few words about Matt Granthum, a player the Red Sox had lost recently. This was followed by the singing of the National Anthem by players and fans alike.

To start the game, Bill’s son Casey McCurdy threw out the first pitch to Bob Dorrill.

We had 18 players participating and the game itself, including Clifford Archer from the Casey Stengel SABR Chapter in New York. The game was won when the Babies rallied to beat the Red Sox 11-10 in five innings. The game itself was limited because a folk group, The Tanners who shared our area, had a concert that started at 12 noon.

Everyone had a terrific time and we already look forward to next year. 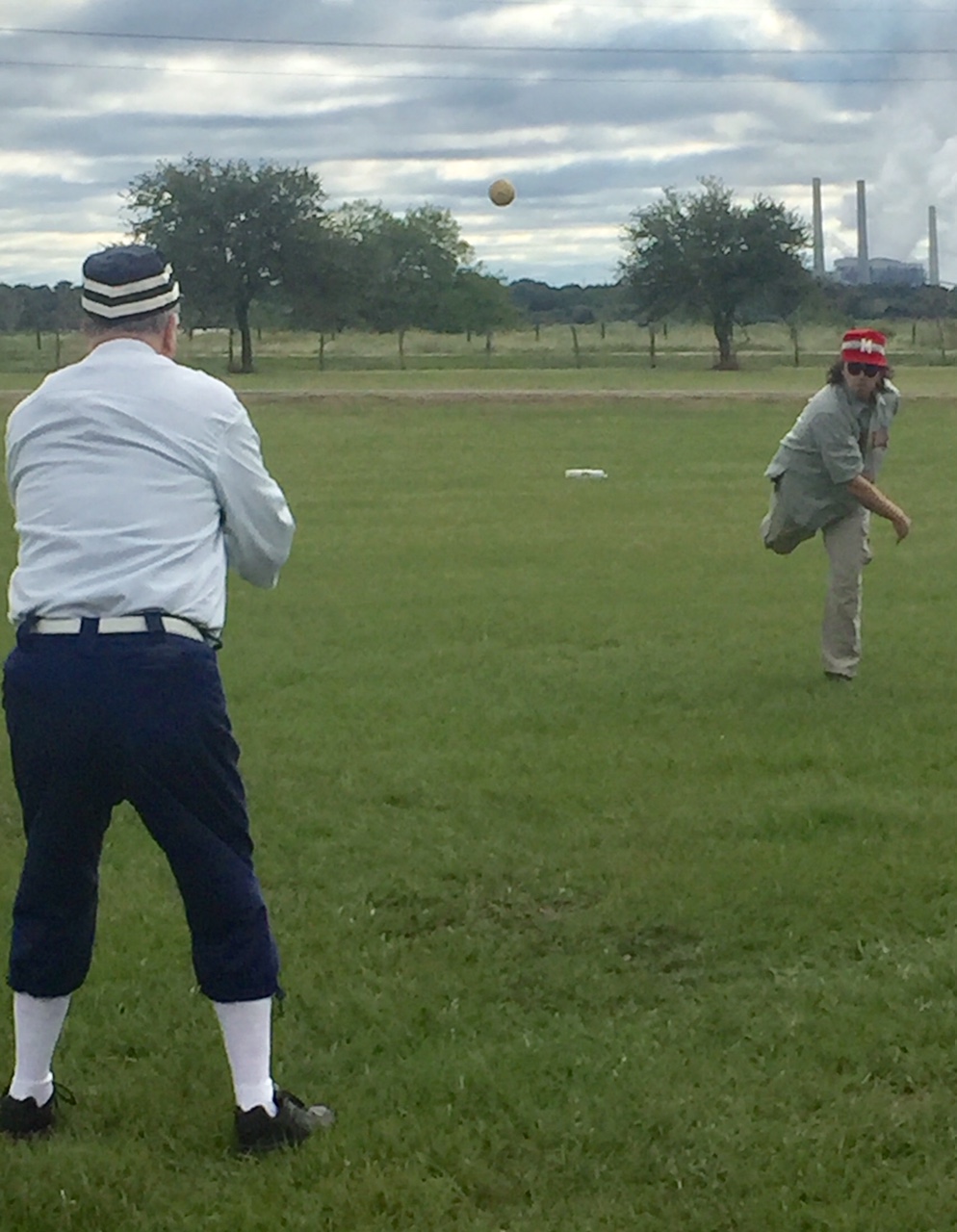