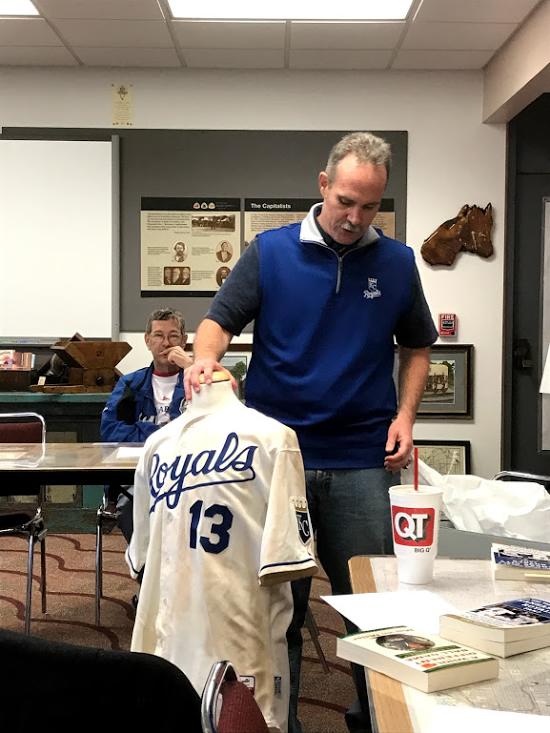 More than 20 members and guests were entertained by Bauer, who contributed to the recent SABR publication, Sportsman’s Park in St. Louis. His presentation focused on Fred Saigh the owner of the St. Louis Cardinals from 1948-53. Bauer, who has contributed to many SABR titles as well as the Games Project, explained the process for contributing to SABR publications and encouraged those attending get involved.

Nelson, author of So You Think You’re a Kansas City Royals Fan?, spoke about his list of the ten greatest games in Royals history, broken down into five regular-season and five postseason games. Nelson also brought along the jersey that Salvador Perez was wearing during the Royals’ 2014 Wild Card victory over the Oakland A’s. He explained you can always tell the legitimacy of such items because the carbonated grape juice they use to celebrate leaves a very distinctive stain. 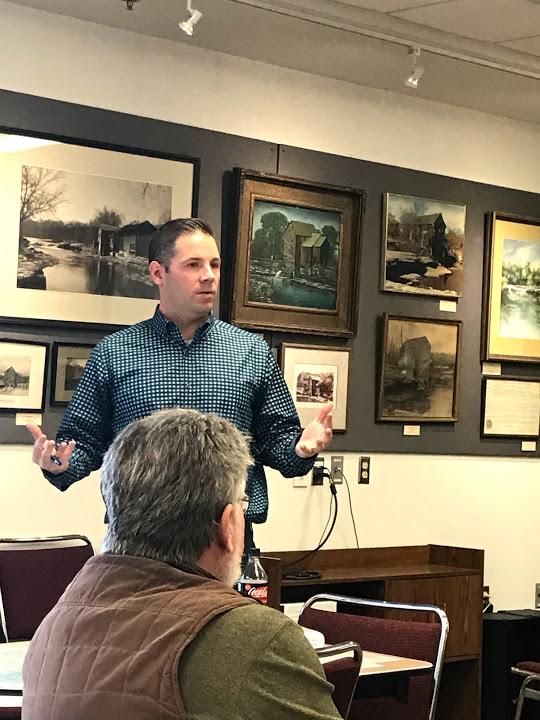 In addition, Roger Erickson prepared a research quiz about the Ford Frick Award winners that was way too hard, but Troy Richeson prevailed and won an original “Big Mac” encyclopedia.

Also 16 attendees participated in a mock Hall of Fame election, which resulted in five players — Barry Bonds, Roger Clemens, Chipper Jones, Edgar Martinez and Jim Thome — receiving votes from at least 75 percent of the voters, which would gain them admittance to Cooperstown.