On Sunday, September 19, 2021, SABR Oklahoma Chapter members met up at the ballpark to celebrate the chapter’s 10th anniversary.

It all started at a meeting/game in 2011 when the team was called the Redhawks. Now called the Dodgers, all members in attendance stayed to the very end to see 2B Zach McKinstry hit a walk-off 2-out home run in the bottom of the ninth to end the tie and win it for the home team 8-7.

Watch soon for news about our next meeting later in the fall. Special thanks to retiring Chapter President Howard Johnson for his leadership and inspiration in getting the chapter started in 2011 and continuing throughout the decade.

Howard Johnson, Kal Zitterkob and Ken Fischer were all at the 2011 Redhawks game, too. 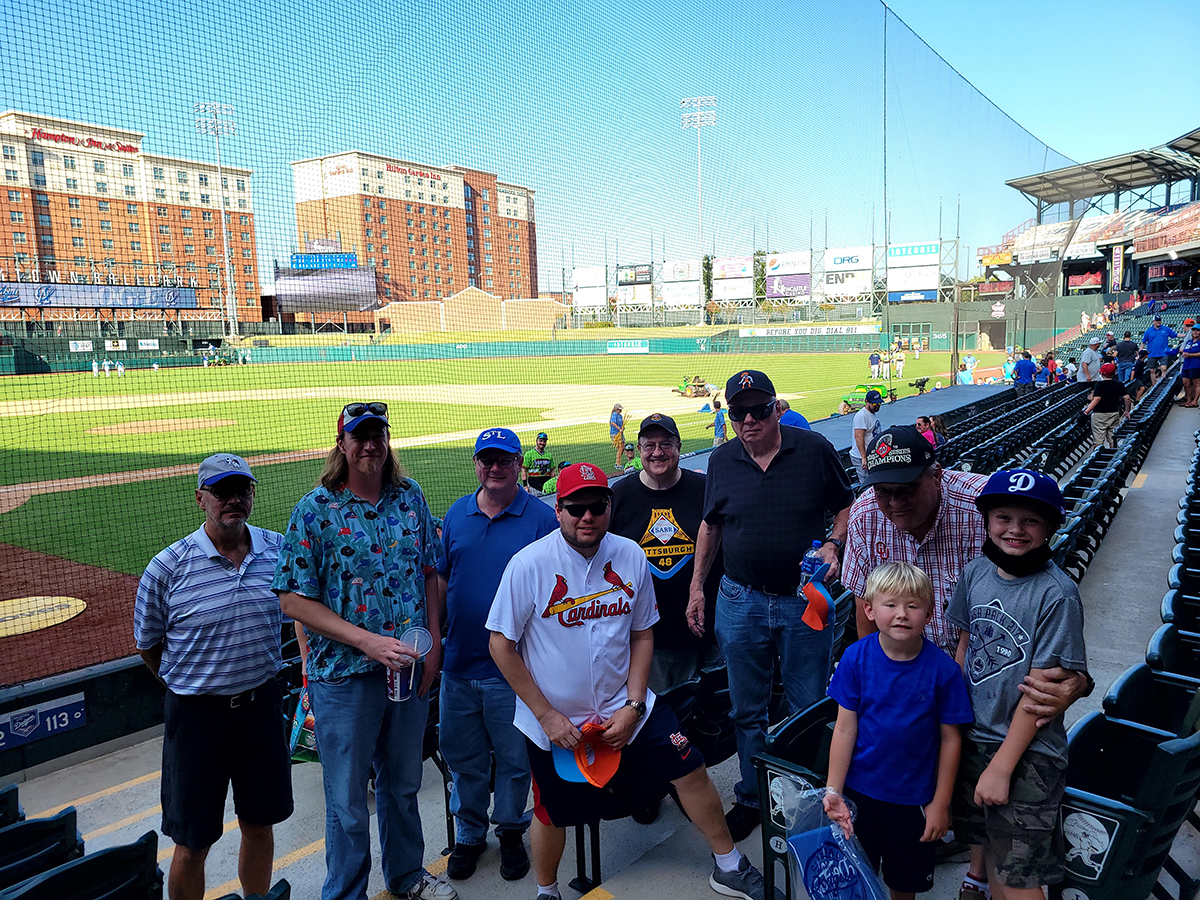