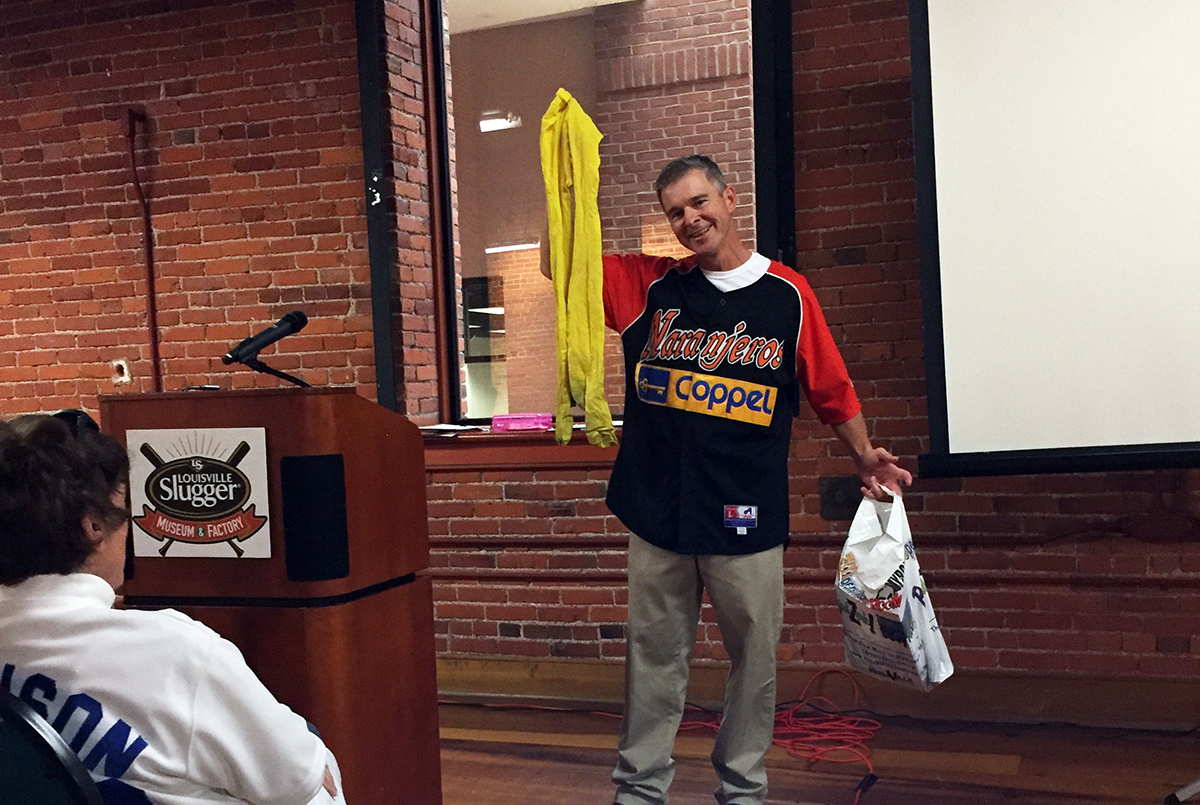 Twenty members and guests attended the fall meeting of the Pee Wee Reese SABR Chapter at the Louisville Slugger Museum and Factory on Saturday, October 21, 2017. They struggled against the street closings and traffic barricades caused by an unexpected marathon race that took place in downtown Louisville and the surrounding area on that same morning. We humbly apologize to all those who tried to attend but finally gave up and went home due to the traffic hassles.

The kind folks at the LSM&F once again provided an attractive, ample meeting space with attentive staff to assist.

Main speaker Dominic Latkovski, head of the Skillville Group, addressed the entertainment side of the Business of Baseball in the humorous recounting of his experiences in countless major and minor league stadiums. As Billy Bird, BirdZerk and with the Zooperstars, Dominic has encountered the good, the bad and the ugly of the baseball business, from players, managers and umpires. His talk was entertaining, insightful and much appreciated. 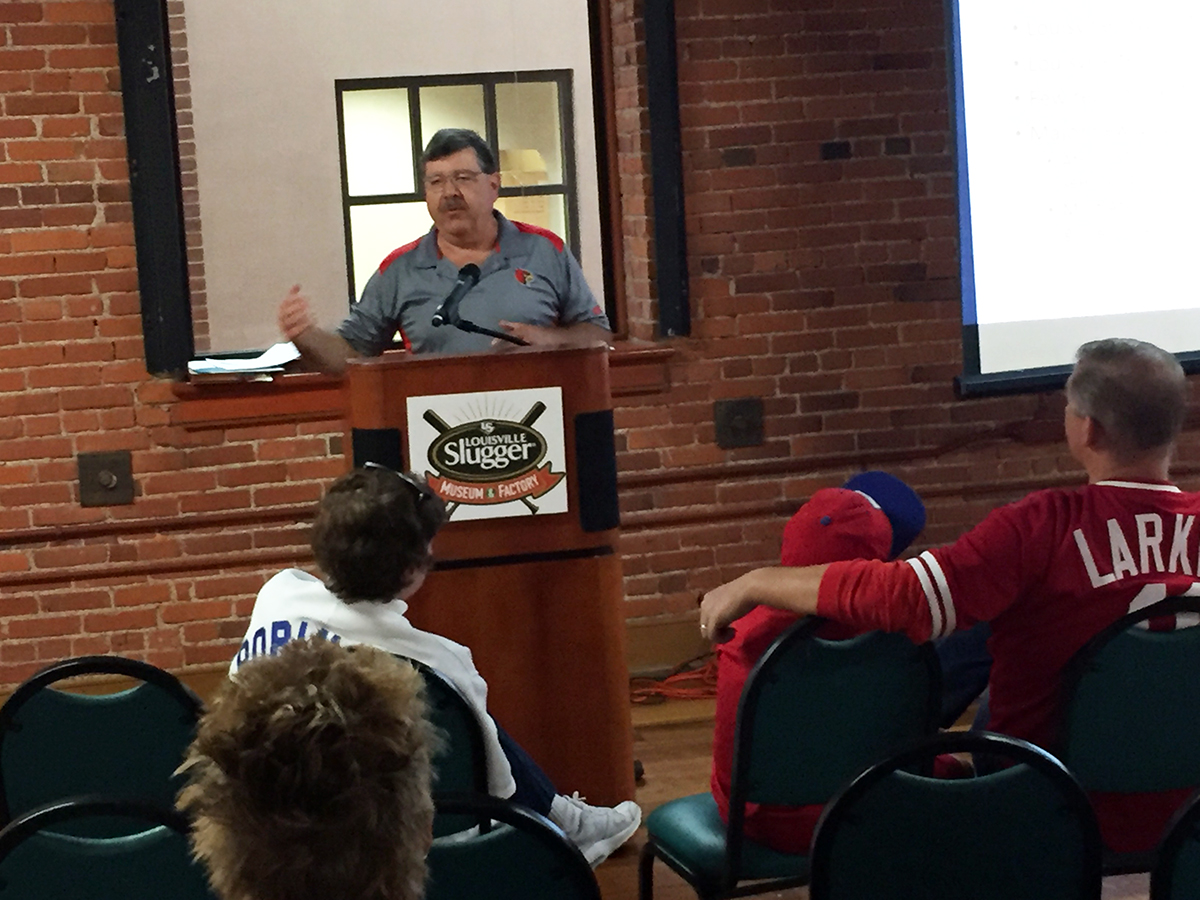 Dr. Joe Baumstarck made a scholarly presentation titled “Too Much Baseball? The Interaction Between Negro League, Major League and Minor League Baseball in Louisville.” His well-researched talk traced the history of the game in Louisville from the mid-1800s up through today. He received much praise for his effort.

Steve Silverman from Montgomery, Ohio won the silent auction for a complete set of the Conlon Collection baseball card series. Ryan Schroer was recognized for his efforts in establishing and maintaining the Chapter’s Facebook page. Cubs fan Cindy Baker from Lexington attended her first meeting as a SABR member and greatly enjoyed it, although she was surrounded by Dodger supporters. Brief business reports were made. Much laughter, discussion and camaraderie filled the day.