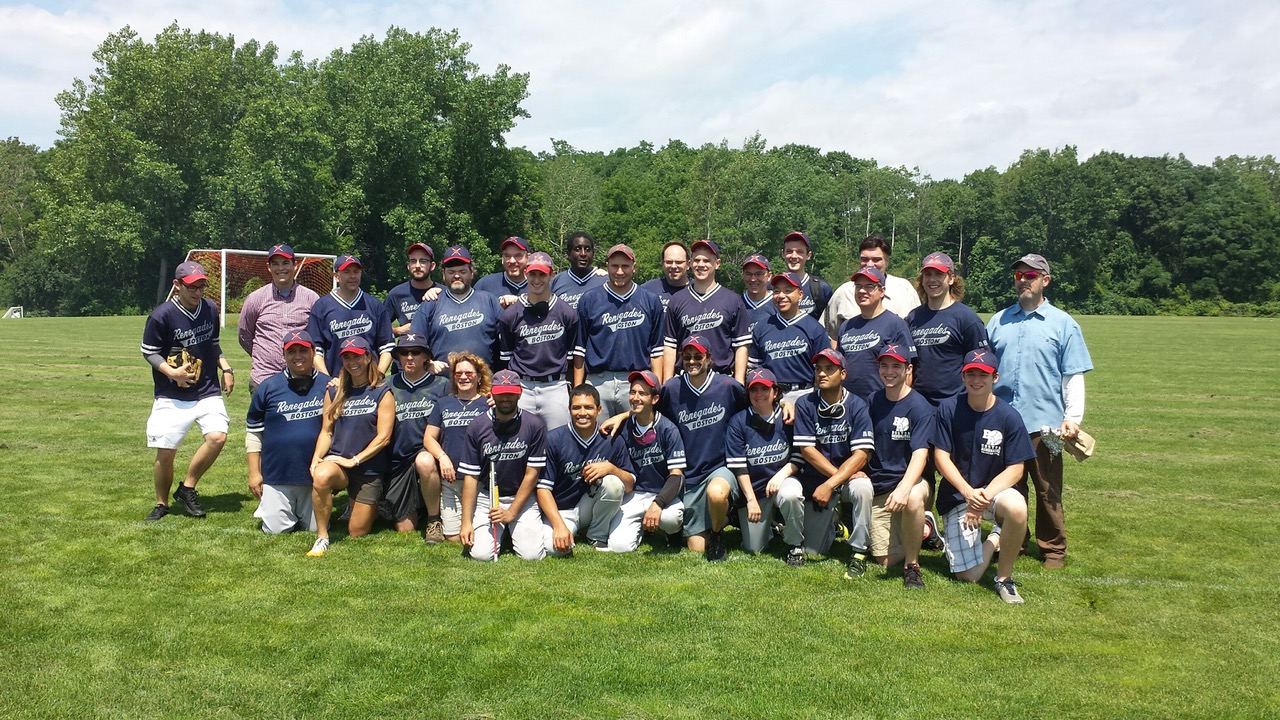 The Jackson (Michigan) Citizen edition published on May 15, 1896 reported the following about a baseball game:

”People unacquainted with the fact are inclined to be incredulous when the statement is made that baseball has become so familiar and adaptable to all circumstances and conditions that even the blind can play the game. Yet the fact remains firm and incontrovertible, and it is indeed pathetic to know that blind people are doing all in their power to secure the pleasure from the national game generally denied to all who cannot see. The inmates of several blind asylums in various parts of the country have learned to play a mild form of baseball, and it is astonishing how much pleasure and healthful excitement they derive from it.”

That was then. This is now: With the benefit of innovative electronics and “a ton of blood, sweat, tears and hard work,” there’s a whole universe out there of players, whacking the ball and running the bases. This is the National Beep Ball Association, and there was a meeting of six teams of the northeast at the “Beast of the East” tournament on Saturday, July 8, 2017, to decide who shall be their representative at the World Series later this summer.

Several SABR Boston Chapter members witnessed the games at Woburn, Massachusetts, hosted by the Woburn Lions Club, between the Boston Renegades, the New Jersey Titans, the New Jersey Lightning, the Rochester Pioneers, and the Long Island Bombers (yes, they wore pinstripes). For those unfamiliar with Beep Ball, the teams are groups of dedicated, awesome, and co-ed, vision-impaired ball players of the most impressive kind. They include the Boston Renegades, part of the Association for Blind Citizens, in the Title Town list, because the Renegades won their seventh eastern championship and are heading for the World Series.

If you have a Beep Ball team near you, please support their efforts and help keep the teams active. Every team has their fundraising site to keep them alive. Attend a game near you and see baseball as it is played by the most dedicated athletes found anywhere.

Special recognition goes out to the Woburn Lions Club who donated $6,000 to the teams that day. Each team is responsible for raising funds to make the trips around the beep ball circuit and to attend the World Series, this year at West Palm Beach, Florida. Recognition is due for Rob Weissman, head coach and catcher of the Boston Renegades, the toughest taskmaster ever seen on a ball field, for his tireless work with the team and as the hands on vocal coach which causes him to frequently turn hoarse before the end of the game. He has caught for more than 3,500 at-bats and pitched to 20 batters in his 14 years with the team. In all three matchups, the Renegades invoked the mercy rule after three innings, winning 15-2 in each game. Even a passing thunderstorm did not dampen their enthusiasm.

The best way to explain the way beep ball is played is to first see a game and then contribute. There are many YouTube film clips to see and the Boston Renegades produced a wonderful documentary in 2012, which is available from the Association of Blind Citizens. But here’s the gist of it: All team members wear masks to level the playing field as each player has a different level of impairment. The pitcher and catcher are not visually impaired — for obviously practical reasons — the pitcher sends the ball the best way for the hitter to connect (reminiscent of early 19th century baseball when the batter could request high or low or wherever) and the batter tracks the ball for the beeps after it’s thrown. When the ball is struck, the base to which they are to run also has a audible beeper. The fielders, called rovers, track the ball and when caught or found before the runner reaches the base, there’s a run or out determined.

But to best understand the game, hie thee to a beep ball game at your first opportunity! The beep game is as thrilling as any Red Sox–Yankees series ever played — in many ways, it is even better.