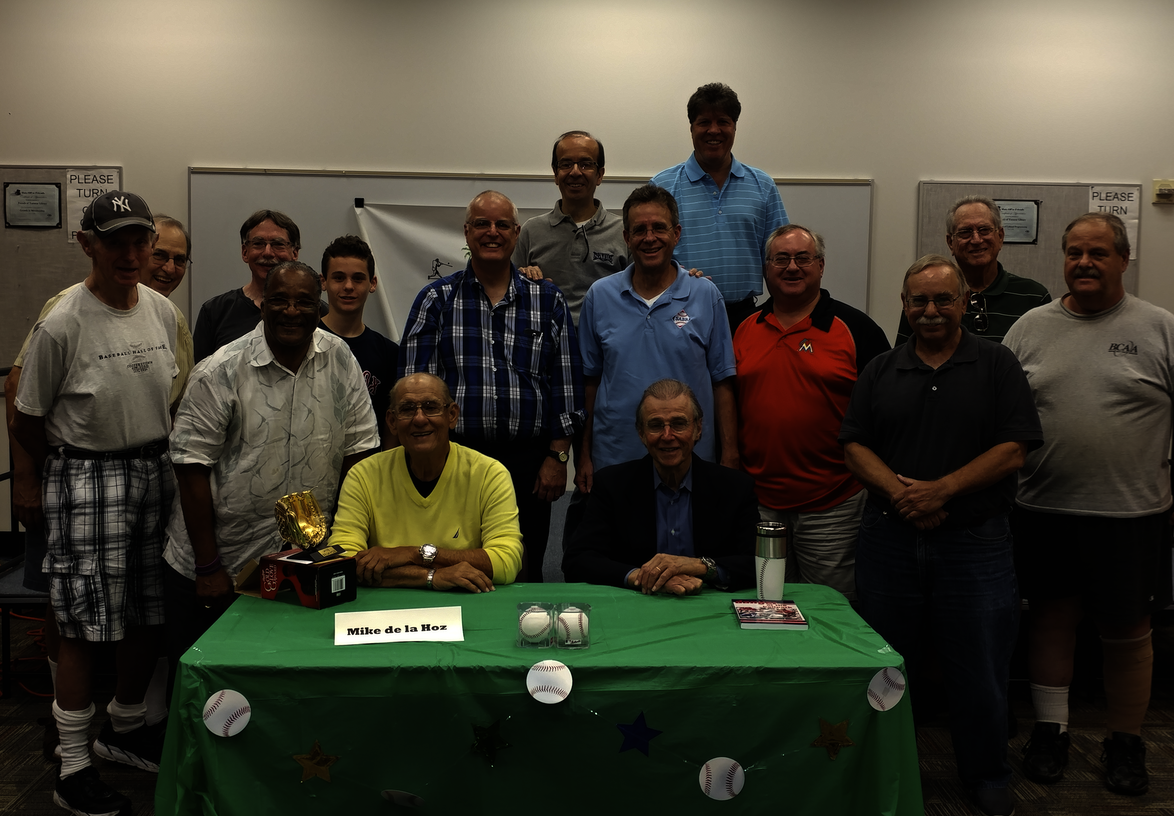 Author Jack Herskowitz generated much interesting feedback from the audience after discussing his book Danger in the Ballpark.

Jack was followed by former major-league infielder Mike de la Hoz, who regaled the audience with stories from his baseball career starting out when he played for the Minot Mallards of the Northern League in 1958, followed by his major league career with the Cleveland Indians, Milwaukee Braves, Atlanta Braves and Cincinnati Reds from 1960-69.

The meeting closed with Gerry Garte hosting the Trivia Contest which included prizes to the winners. Both guest speakers were honored at the conclusion of the meeting with “thank you” gifts.

To view more photos from the meeting, visit our Facebook page.