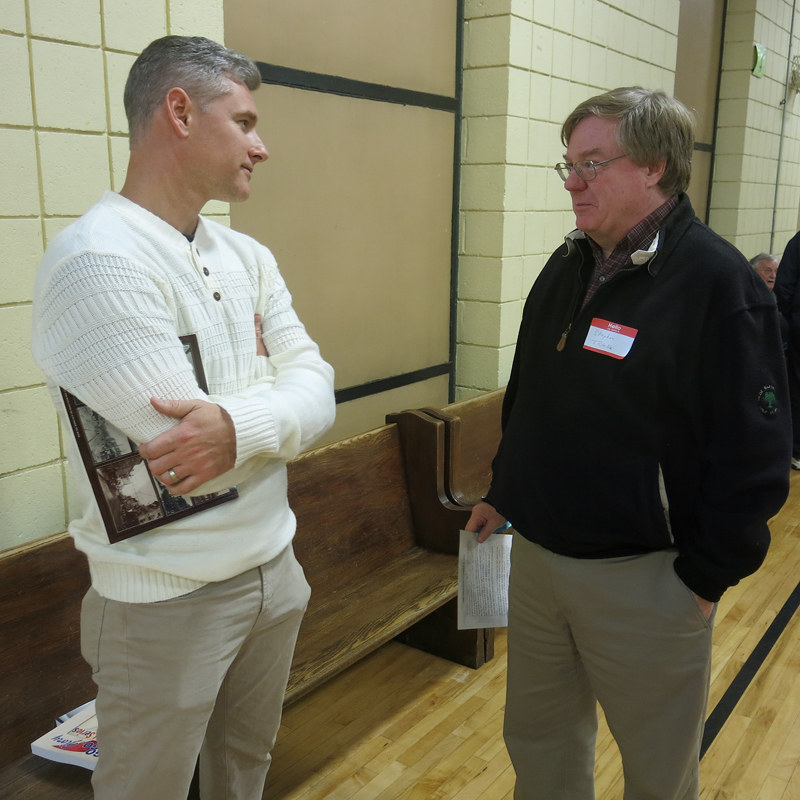 It was frigid outside St. Philip’s Parish Center in Greenville, Rhode Island, on Saturday, November 30, 2019, but the atmosphere inside the building was warm with anticipation of the 2020 baseball season even though spring training is three months away. Outside, the mercury hovered in the 30s, but for the crowd of 55-plus — members of the Southern New England Lajoie-Start Chapter and their guests — warm breezes prevailed for five hours as they got to listen to research presentations, vote on the Hall of Fame ballot, compete in trivia quizzes, eat hot dogs, and listen to a guest speaker, former major-league pitcher Lenny DiNardo expound on the Red Sox and baseball in general.

In the straw vote for the Hall of Fame — a fixture at the chapter’s November meeting — the audience “elected” one new member, Derek Jeter, who was chosen on 93.4 percent of the ballots, a result likely foreshadowing his election by the Baseball Writers Association of America. No one else on either the players or Modern Era/Veterans ballot came close to the required 75 percent. In the players ballot, Larry Walker, in his last year of eligibility, came closest, at 54.3 percent. Other notables: Curt Schilling, 52.2 percent; Roger Clemens, 45.6 percent; Barry Bonds, 41.3 percent.

In the Modern Era/Veterans balloting, Marvin Miller was tops at 63.8 percent, and Dwight Evans was at 58.6 percent. The balloting was conducted by Mike Darowski and Stephen Trimble.

Trivia quizzes were sprinkled throughout the agenda. Quizmasters were Stephen Trimble, Dixie Tourangeau, and the chapter’s chief quizmaster, Fr. Gerry Beirne, whose quiz was won by Norm Ginsberg.

Presentations were made by José Ignacio Ramirez, author of Cuba and the Last Baseball Season, a reference to Fidel Castro’s abolition of professional baseball in Cuba and its aftermath; by Fr. Humbert Kilanowski, on “cWAR: Modifying Wins Above Replacement with the Cape Cod Baseball League”; by Fr. Gerry Beirne, on “The Greatest World Series Game Ever Played”; by Dixie Tourangeau, on “Hidden Stats of the 2019 World Series and MVP Votes Not Acceptable”; and by Steve Krevisky, on Otto Hess.

Our guest speaker, Lenny DiNardo, a left-handed pitcher-turned-TV analyst, offered a number of trenchant observations about the state of the Red Sox and the game in general.

As usual, the baseball book raffle and sale, as well as the ballpark lunch, proved popular.

The chapter’s next meeting will be held in June on a Saturday to be determined at McCoy Stadium. This will likely be our last meeting at McCoy: In 2021 the Pawtucket Red Sox will become the Worcester WooSox. Assuming that there will be no more baseball at McCoy Stadium after the coming season, the chapter will need a new venue for its June meeting. Suggestions from chapter members are welcome.

Click here to view a photo gallery at Flickr.com, courtesy of Dixie Tourangeau. 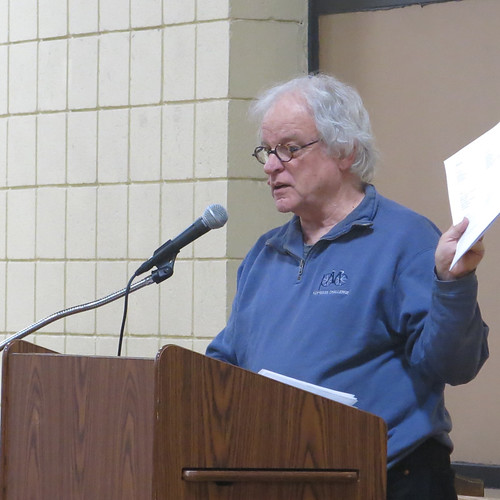