Here are the SABR Bookshelf listings for Winter 2015.

The Real McCoy: My Half-Century with the Cincinnati Reds
By Hal McCoy 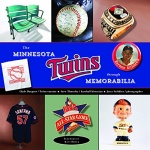 The Minnesota Twins Through Memorabilia
By Clyde Doepner, Stew Thornley, and Jerry Stebbins

Winning on the North Side: The 1929 Chicago Cubs
Edited by Gregory H. Wolf

Baseball: It's More Than Just a Game
By Greg Lucas

Out Of The Blue: The Kansas City Royals' Historic 2014 Season
By Matt Fulks

From the Babe to the Beards: The Boston Red Sox in the World Series
By Bill Nowlin and Jim Prime

Picker's Pocket Guide: Baseball Memorabilia, How to Pick Antiques Like a Pro
By Jeff Figler

Pinstripes and Penance: The Life Story Of John Malangone
By Michael Harrison

Joe Black: More than a Dodger
By Martha Joe Black and Chuck Schoffner

Gil Hodges: A Hall of Fame Life
By Mort Zachter

Before the Ivy: The Cubs' Golden Age in Pre-Wrigley Chicago
By Laurent Pernot

Portrait of a Franchise: An Intimate Look at Cleveland Indians Baseball in the Rockin' Sixties
By Doug Kurkul