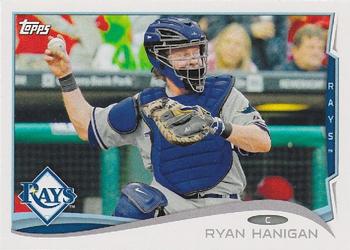 Sandlot sages suggest that April games mean little in the context of long baseball seasons. Campaigns resemble marathons more than sprints. But an early game can matter a great deal if an injury strikes a critical player. Such a game took place in 2014 when the home catcher had a career-best day at the dish and the visiting pitcher suffered a major injury.

The game featured a good pitching matchup on paper between two youngish righties in Chris Archer for the Tampa Bay Rays and Ivan Nova for the New York Yankees. The Yankees got off to a good start with a single by Jacoby Ellsbury, who had left Boston after starring for the 2013 champions. Archer rebounded by fanning Brett Gardner before facing Carlos Beltran, who had also just joined New York after playing for a 2013 World Series team, the losing Cardinals. With Beltran at bat, Ellsbury tried to steal second, but Rays catcher Ryan Hanigan threw him out. Beltran lined out to end the inning. Nova likewise gave up a harmless single in the bottom of the first but got out of the frame unscathed, a false sign of what would follow.

After a 1-2-3 top of the second by Archer, Nova gave up a solo shot by Wil Myers with one out to put the Rays on top 1-0. “It was hit well, just got a good pitch to hit, stayed with my plan, got ahead 1-0 in that at-bat and it led to a good at-bat,” said Myers after the game.1 Myers had won the 2013 AL Rookie of the Year honors, and his two-homer day seemed a good harbinger for another solid season. Alas, Myers would hit only four more homers over the rest of 2014 and, through the first six years of his career, had yet to regain the offensive prowess that he had displayed as a rookie.

The third inning extended the pattern of the first two. The Yankees batters went down quickly, and the Rays raked. Hanigan homered to start the inning to double the Tampa Bay lead to 2-0. With one out, Ben Zobrist singled. With two outs, Evan Longoria hit the third round-tripper of the day for the Rays as their lead doubled again to 4-0. The 164th homer of Longoria’s career put him one ahead of Carlos Pena for the most in Rays history. “‘Longo is going to keep adding to that,’ Tampa Bay manager Joe Maddon said. ‘At least double that I think.’”2

In 2013 Nova had yielded only nine homers in 139⅓ innings, but on this day he had given up three in 2⅔ innings. “It’s location, his pitchers were up in the zone,” catcher Brian McCann said of Nova.3

The fourth inning proved more of the same. Archer stifled the Yankees, and Nova gave up another tater. Hanigan’s second of the day also plated Myers, who had walked. The Rays led 6-0 after four.

The New York attack woke briefly in the fifth. Alfonso Soriano had an infield hit with one out. With two down, Kelly Johnson, whom New York had signed as a free agent from Tampa Bay, doubled Soriano home as the Yanks closed to 6-1.

Any illusions that the game would become competitive completely collapsed in the bottom of the fifth. Zobrist singled and advanced to third on Matthew Joyce’s double. Nova finally left the game after “he had felt pain in his elbow on his last pitch, a 1-0 fastball to … Longoria.”4 Facing Matt Daley, Longoria hit a sacrifice fly that put the Rays up 7-1. Daley intentionally walked James Loney, but that move immediately backfired as Myers hit his second homer to give Tampa a comfortable 10-1 cushion.

As Archer continued to stifle the Yankees bats, Tampa Bay kept pounding New York pitching. In the bottom of the sixth, Zobrist doubled, Joyce walked, and Longoria singled in a run to put the Rays up 11-1. A double by Loney made the score 12-1 and ended Daley’s day, his first appearance for the Yankees in 2014 (he had come up from the minors before the game) and his last one until May 13.

Dellin Betances came on for Daley. Betances would make the AL All-Star team each season from 2014 to 2017, but although he had not given up an earned run in 2014, he had yet to prove himself too important to rest during blowouts. Largely a two-outcome pitcher, Betances fanned two and walked two of the first five batters he faced. On the only ball Tampa put in play against Betances in the sixth, Yangervis Solarte made a throwing error that allowed Longoria to score. Hanigan’s walk added another run as the Rays led 14-1 after six.

Archer retired the final six Yankees batters he faced after Johnson’s double. Making his major-league debut, reliever C.J. Riefenhauser extended the streak to 10 straight batters through the end of the eighth.

Playing his 10th game as a Yankee after making his own major-league debut earlier in April, Dean Anna moved from shortstop to pitcher to spare additional wear and tear on the New York pitching staff. In his seventh year of pro ball, Anna had never before pitched. After Loney singled and Myers doubled, Anna got the next two outs and almost escaped unscathed. But a two-run single by Hanigan gave the catcher a career-high six RBIs and the game its final 16-1 score. Tampa Bay would not score this many runs in a game again for more than four years, until a 19-6 Bastille Day massacre in Minnesota in 2018. Archer started that game, too, 17 days before the Rays traded him to the Pirates.

Anna might have had the most memorable experience of the 29 players who appeared in the 2014 contest. “It was fun,” he said. “But it was not fun at all. … It’s kind of tough. When you see me in there, it’s not a good day.”5

As of the end of the 2018 season, Anna has not pitched again in the majors, but he did finish three games for the Kansas City Triple-A team at Omaha in 2017. They made Anna’s Triple-A ERA 13.50, a shade better than his 18.00 ERA for New York, demonstrating that the majors have better hitters than the minors.

On this day, the Rays had better players than the Yankees, with Ryan Hanigan the star of the show. “This was a good statement win for us,” Longoria said. “To be able to come out against Nova, who has given us trouble in the past, and put together an offensive performance like we did today, it’s one of those games where you hope it propels you going forward.”6

New York had to lick its spiritual and physical wounds following its devastating defeat at the hands of a division rival. The next day, “the Yankees … announced that Nova has a partially torn ulnar collateral ligament. … ‘I don’t even know what to tell you guys,’ Nova said. ‘I’m so sad right now that I’m not going to be pitching. It hurts, but God is real big, and I know that he’s not going to forget me.’”7

New York would not forget Nova but could not adequately replace him. The Yankees “mixed and matched 85 starts among eight fringe hurlers (Chris Capuano, Shane Greene, Brandon McCarthy, Bryan Mitchell, Vidal Nuno, David Phelps, Esmil Rogers, and Chase Whitley)”8 on the way to finishing four games out of the playoffs.

This win gave Tampa two straight over New York to improve the Rays to 9-9. Tampa would twice return to .500 at 10-10 and 61-61 before fading to 77-85. With this rout a distant memory, the Rays ended up seven games behind the Yankees and 11 games out of qualifying for the postseason.

2 “Ryan Hanigan Leads Rays with 6 RBI in Rout Against Yankees,” foxsports, April 19, 2014. Maddon’s prognostication has not played out as he expected. The Rays traded Longoria to San Francisco after the 2017 season. The slugger had hit 261 homers in his decade playing for the Rays.