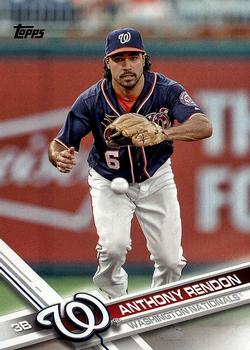 Joe Ross (1-0, 6.17 ERA) was on the hill for the Washington Nationals, who were trying to avoid a sweep at the hands of their division rivals, having lost the previous two games of the series 7-5 and 5-3. The Nationals led the National League East by 4 games over Philadelphia, while the Mets were bringing up the rear in the division, 5½ games back. The crowd of 36,806 had a warm and sunny Sunday afternoon (84 degrees at first pitch at 1:34 P.M.) to enjoy the game.

The Mets opened with a triple by José Reyes when the ball got by first baseman Ryan Zimmerman down the line, with Bryce Harper having to chase the ball into the right-field corner. Reyes scored on a single by Jay Bruce, giving the Mets their only lead of the game, 1-0 in the middle of the first.

Noah Syndergaard (1-1, 1.73 ERA), nicknamed “Thor” for his flowing blond hair and high-speed fastball, took the mound for the Mets. He had been scratched from his last start with biceps tendinitis. He had refused to have an MRI and said he was good to go for this game.1

Syndergaard’s second batter, Jayson Werth, got on base with a single, advanced to second on a four-pitch walk to Bryce Harper, then scored on a single by Zimmerman, who golfed a low pitch up the middle, tying the game. The walk to Harper was Thor’s first of the year, compared with 31 strikeouts to date.

With two out, a wild pitch advanced the runners to second and third. Anthony Rendon’s first hit of the day was a single, scoring Harper and Zimmerman. Michael A. Taylor’s single then scored Rendon. The throw to the plate from center fielder Curtis Granderson got away from René Rivera so Taylor advanced to second. After Matt Wieters was walked to get to the pitcher, Taylor scored when Ross singled and the throw in to the plate from Michael Conforto hit Taylor’s arm as he dived into home. That brought the score to 5-1 Nationals, a lead they would not relinquish. The Nationals batted around in the inning, with Trea Turner making the first and last outs. The first pitch was a called strike, the second was a foul. Given the amount of dirt, it’s not surprising that it was removed from play. (See photo below.)

The Mets scored quickly on Rivera’s first home run of the year, bringing the score to 5-2 at the middle of the second.

In the bottom of the second, Syndergaard apparently pulled his lat muscle while pitching to Harper.2 Sean Gilmartin came in to pitch for the Mets. He finished the inning without a National scoring: the only inning in which they didn’t score.

The third inning brought another homer for the Mets: Jay Bruce hit his seventh to make the score 5-3 Nationals.

Rendon’s second hit of the day was a solo home run in the bottom of the third, his first home run of the season.

In the top of the fourth, the Mets scored two on a double by pitcher Gilmartin. Then a single by Michael Conforto brought the Mets within one at 6-5.

In the bottom of the fourth, the Nationals began to put the game out of reach, scoring four on three singles and a home run by Rendon (his third hit and second home run of the day) for a 10-5 Nationals lead at the end of the fourth.

In the fifth, Matt Albers came in to relieve Joe Ross, who had yielded seven hits and five runs. Albers pitched two innings, enough for the official scorer to award him the win as the most effective reliever. (Ross didn’t go the required five innings to get the victory.)

The Mets brought in Fernando Salas to pitch the fifth, but he didn’t have any better luck than the previous Mets pitchers. In the bottom of the fifth, with the bases loaded, Rendon scored three more with a double (his fourth hit). He just missed another home run; the ball bounced off the scoreboard in right field. The score at the end of the fifth was an already lopsided 13-5.

Josh Smoker replaced Salas pitching for the Mets in the sixth. A solo home run by Wieters brought the score to 14-5 at the end of the sixth.

Oliver “Ollie” Pérez came in to pitch for Nats in the seventh. Nothing doing for the Mets, but two doubles, a single (Rendon’s fifth hit), and a fielding error by shortstop Reyes (the ball bounced between his legs as he grabbed for it) followed by Wieters’ second homer of the day added four more for the Nats — all before the first out was recorded in the bottom of the seventh. It was 19-5 at the end of seven.

Seeing the game out of reach, the Mets manager, Terry Collins, brought in Kevin Plawecki, his backup catcher, to pitch the rest of the seventh. He retired the three batters he faced.

However, Plawecki was not so lucky in the eighth inning. Homers by Harper, Adam Lind, and Rendon (sixth hit, third home run of the day) increased the score to 23-5, the final score of the game. The fans demanded a curtain call for Rendon after his third homer.

Records set in this game:

Washington became the first major-league team to score at least 14 runs five times in the month of April, according to the Elias Sports Bureau.3

The defeat was New York’s second most lopsided in their history, behind a 26-7 loss to the Phillies in 1985.

Harper’s homer in the eighth brought his runs-scored total in April to 32, surpassing the major- league record of 29 set by Larry Walker in 1997. 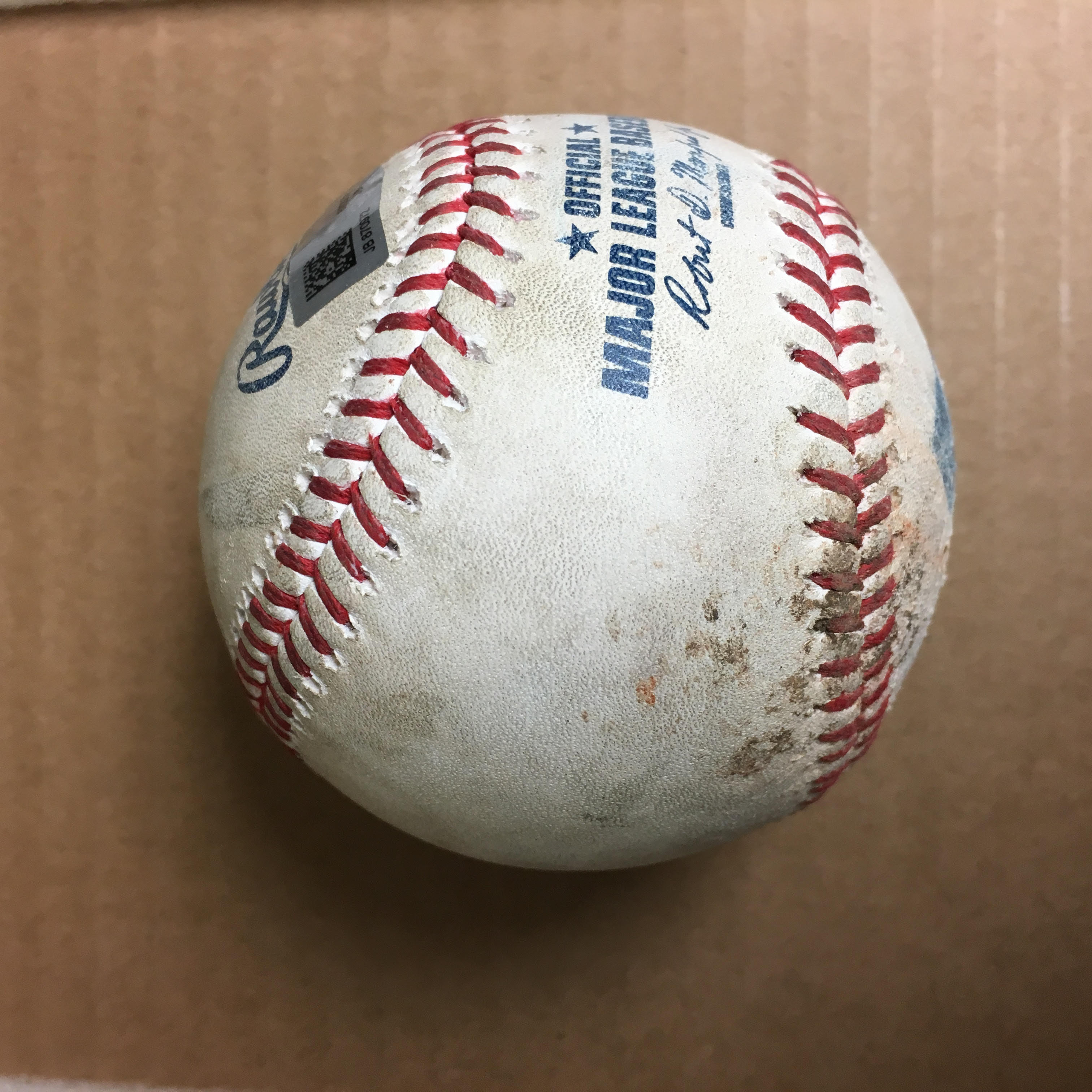 This baseball, a foul ball by Trea Turner, is in my collection, acquired from Nationals Authentics. I try to acquire a ball from each significant game at Nationals Park. I chose this particular ball from that game because there weren’t many balls available thrown by Noah Syndergaard, given that he pulled his lat in the second inning, and didn’t return to the mound until late September of that year. I suspect that if he hadn’t left with an injury, the score would have been much less lopsided.

2 Syndergaard would not return to the mound until September 24, 2017. http://metsmerizedonline.com/2017/09/syndergaard-returns-to-majors-with-scoreless-frame.html/.