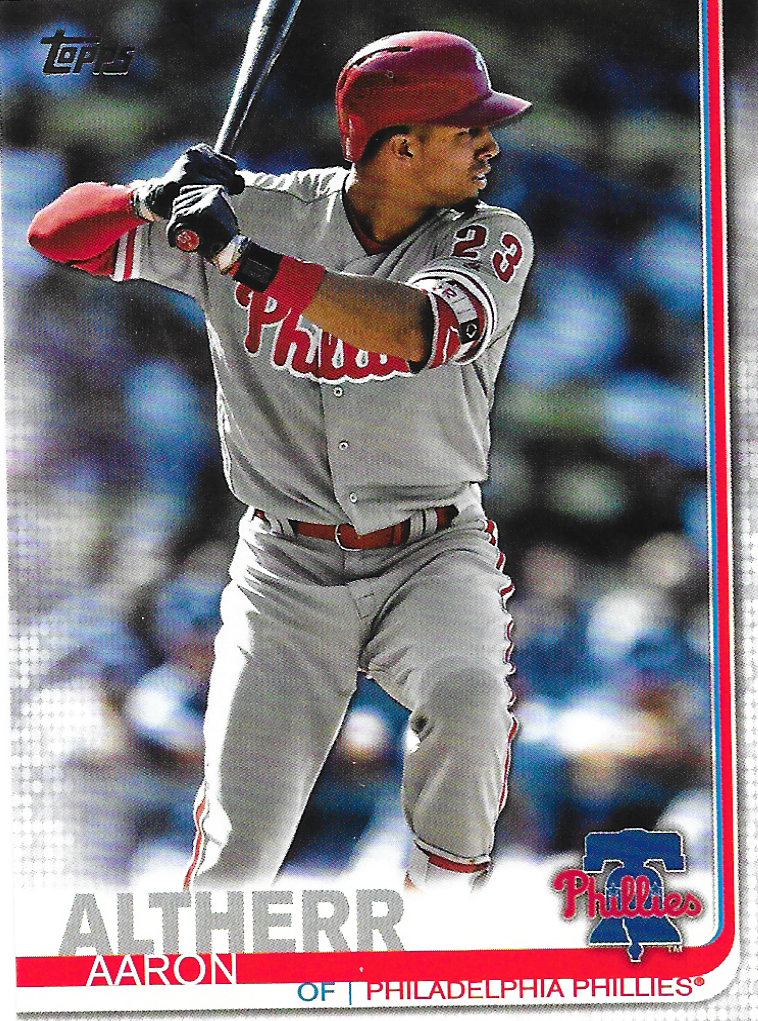 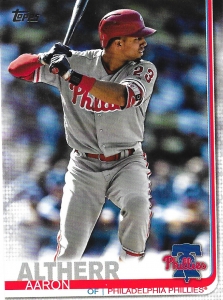 Gabe Kapler understood that one of his first priorities in taking over as manager of the Phillies in 2018 was to improve the team’s offense. The 2016 Phillies finished last in the National League in runs scored, and progressed only to 12th-most in 2017.

The Phillies started the 2018 season 1-4, but despite the team’s .183 batting average (.103 with runners in scoring position), Kapler was confident that his batters’ taking more pitches would eventually yield good results. “We want to cut down on strikeouts,” he said. “There are benefits to strikeouts. It means you’re working deeper, longer counts. But at the end of those counts, you want to end up with some balls in the gap and over the fence. Certainly we expect that to happen over time.”1

After a 5-0 win over Miami in their home opener on April 5, the Phillies looked to build upon it in their next game, two evenings later. The Marlins struck in the top half of the first with small ball and a bit of fortune. Derek Dietrich started the game by singling to right, advancing to second to a groundout, taking third on Vince Velasquez’s wild pitch, and scoring on catcher Jorge Alfaro’s throwing error. Justin Klugh of The Good Phight blog reported that the wild pitch “(set) off a generally negative vibe, especially since Velasquez needed 26 pitches to get out of the first inning.”2 The inning’s first three batters, in fact, each worked full counts — it seemed the Marlins, not the Phillies, were taking Kapler’s advice to heart.

Philadelphia’s leadoff batter, Cesar Hernandez, walked after starting out with a 1-and-2 count, and then Carlos Santana and Scott Kingery singled to right. Marlins starting pitcher Dillon Peters then walked Rhys Hoskins on four pitches, Hernandez scoring the Phillies’ first run, before striking out Odubel Herrera. On a 2-and-2 fastball, Maikel Franco homered to left-center, a grand slam and his second home run in two games.

In the bottom of the third, Hoskins got a one-out single to left, Herrera singled to right, and Franco walked on a full count. Aaron Altherr then hit a 1-and-2 pitch down the left-field line for the Phillies’ second grand slam of the game; according to the Elias Bureau, it was the first time a major-league team had hit two grand slams in the first three innings of a game since Fernando Tatis’s two grand slams in the third inning of his record-setting April 1999 game.3 After yielding singles to Alfaro and Hernandez, Peters was lifted for Jacob Turner, who ended the damage by inducing Santana to pop up to second.

Then the Phillies’ bats really got to work. In the fourth Hoskins drew a one-out walk and moved to third on Herrera’s double to right. Franco then took Turner’s first pitch to deep left-center, a double (upheld after a video review) scoring Hoskins and Herrera. Altherr then drew a walk on a full count and Alfaro singled to center, scoring Franco. Velasquez got into the act with a single to right, loading the bases. Altherr scored on Hernandez’s groundball to Turner. And on an 0-and-2 pitch, Santana hit a three-run homer to deep right field, his 1,000th career hit.4 After walking Kingery, Turner gave up a double to Hoskins before being replaced by Chris O’Grady, who stanched the bleeding by striking out Herrera. The Phillies sent a total of 21 batters to the plate in the third and fourth innings and Hoskins, Herrera, Franco, and Altherr each scored twice.

The Phillies added to their totals in the sixth, when Nick Williams (replacing Hernandez) and Pedro Florimon (substituting for Santana) each got one-out singles to right off Tayron Guerrero. Kingery drove in Williams with a double to deep left and Hoskins’ sacrifice fly to right scored Florimon. And in the seventh, Alfaro took Junichi Tazawa’s offering over the right-center-field fence for a solo home run, run number 20 for the Phillies. (It was the first time the Phillies had scored 20 or more runs in a game since their 22-1 drubbing of Cincinnati on July 6, 2009. And the Philliess scored more runs in the game than they had in their first six games combined.

On the pitching side of the ledger, Velasquez quietly settled down from his first-inning jitters. He led off the second by allowing singles to Miami right fielder Cameron Maybin and shortstop Miguel Rojas, but got out of the inning unscathed with two strikeouts and a pop fly. He closed out his start by retiring the final 12 Marlins he faced, allowing four hits over his six innings of work while striking out six and walking one. Having started the 2018 season by allowing seven runs on Opening Day against Atlanta, Velasquez lowered his ERA from 13.50 to a svelte 5.19 after his Marlins outing. He was replaced in the seventh by Jake Thompson; entering the game with an 18-run lead, Thomspon’s three scoreless innings earned him one of the least arduous saves in major-league history.

In eight innings at the plate, Phillies batters saw exactly 200 pitches from six Marlins pitchers. As Kapler said after the game, “We’ve been grinding out at-bats and great things happened.”5

In addition to the sources cited in the Notes, the author consulted his personal scoresheet, completed during the game, and Baseball-Reference.com.