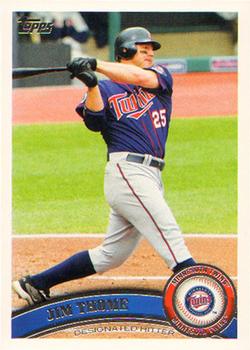 The Detroit Tigers were clinging to a 2½-game lead over Cleveland in the American League’s Central Division when the Minnesota Twins came to town for a three-game series on August 15, 2011. The Twins, who were also in the AL Central, were in fourth place, 11½ games back of their hosts. Even though the Twins were playing out their schedule, the Tigers were not about to fall into a trap and overlook their division rival. Cleveland was on deck for a three-game series as well at Comerica Park after Minnesota left town. The three games with the Tribe would be crucial as the season entered its final weeks.

Hours before the first pitch, Detroit made a deal to add some offense and some depth. They acquired Delmon Young from Minnesota. Young was a talented offensive player who was having a down year (4 HR, 32 RBI, .266 BA) in the Twin Cities. The Twins received two pitchers: minor-leaguer Cole Nelson and Lester Oliveros. “We think this guy’s a real good player,” said Detroit manager Jim Leyland. “He’s a run producer. Obviously, he hasn’t had the type of year he had last year. But we think he’s an outstanding run producer and, hopefully, he’ll pick us up some offensively.”1

But the real drama of the game centered on Jim Thome. The left-handed slugger was in his 21st season in the majors and to date, he had 598 home runs. The majority of his career was spent in Cleveland, Philadelphia, and with the Chicago White Sox. However, in 2010 he signed with Minnesota and in limited action, Thome still cranked 25 home runs, drove in 59 runs and batted .283. Back injuries had forced him to abandon his natural position as a first baseman, so Twins manager Ron Gardenhire used Thome exclusively as a designated hitter and a pinch-hitter. But the affable Thome was a positive influence in the clubhouse on the younger players, and a true professional.

Detroit fans were getting a special treat of witnessing a historic night, as they cheered their team toward a division title.

Porcello was a right-hander who had baseball lineage in his blood. His grandfather was Sam Dente, an infielder who played his whole career in the AL with Boston, Chicago, St. Louis, Washington, and Cleveland (1947-1955). Porcello was in his second season with Detroit. He went 10-12 with a 4.92 ERA in his rookie season. In 2011 Porcello had winning streaks of four and five games for the Tigers.

Young paid immediate dividends for Detroit. He hit his fifth round-tripper of the season in the bottom of the first inning. But the 1-0 advantage was short-lived as the Twins got to Porcello for three runs in the top of the third inning. Only one run was earned as errors by second baseman Ryan Raburn and third baseman Wilson Betemit kept the line moving for Minnesota. Two of the Minnesota runs came courtesy of two doubles, one by Trevor Plouffe and the other by Justin Morneau.

A two-run home run by Victor Martinez, his seventh of the year, in the bottom of the third inning squared matters, making the score 3-3.

Jason Kubel singled to right field to lead off the top of the sixth inning. Thome followed with a two-run blast for his 599th career home run. Danny Valencia followed with a walk. Valencia moved to second base on a groundout and then to third on a fly out. He scored when Ben Revere tripled to center field.

But just as in the third inning, the Tigers came right back against Liriano. With one away, Magglio Ordonez singled to right field. He came home on a triple by Alex Avila. Betemit’s sacrifice fly to center field plated Avila and the score was now 6-5.

Leyland went to his bullpen and brought in left-hander Dan Schlereth to relieve Porcello. But Schlereth walked Plouffe to begin the frame. He stole second base and advanced to third base when a wild pitch from Schlereth was a ball-four pitch to Morneau. Runners were now at the corners as Thome came to the plate. He smashed a 2-and-1 slider from Schlereth just out of Young’s reach, and over the left-field wall. “If Delmon would have caught that, I might have went out there personally and kicked his butt,” said Gardenhire.2

The game was halted momentarily as Thome crossed the plate and was given hearty congratulations from his family and teammates. The crowd of 36,211 at Comerica Park gave Thome a rousing ovation. Thome became the eighth player to hit over 600 home runs in his career. He was the first player in history to hit numbers 599 and 600 in the same game.

“I thought of my (deceased) mother (Joyce),” said Thome. “She must have been looking down on us and being there with us. And just that it’s over, the journey, the buildup and the hype. To get it over with is a sigh of relief. You work so hard, fought some injuries all year long and you envision (if) it is ever going to happen.

The Tigers added a run in the bottom of the seventh on a home run by Raburn, his 11th of the year. Minnesota won, 9-6. Liriano (8-9) got credit for the win. He struck out four, walked one and surrendered five earned runs over six innings. Porcello (11-8) was charged with the loss. He also went six innings, striking out one and walking two. He was charged with four earned runs.

“I never tried to take it for granted,” said Thome. “I never once said ‘This is going to happen.’ I never thought that from Day 1. Now to sit here with you guys, it’s pretty special.”4

Ten days later, Thome was sold to Cleveland. The Indians had fallen behind Detroit, and were hoping to tap some more home runs from Thome. But Detroit had little trouble cruising to the Central Division title in 2011 with a 95-57 record, 15 game ahead of Cleveland. Minnesota finished in fifth place with a 63-99 record, 32 games off the pace.

He was elected to the National Baseball Hall of Fame in 2018.

The author accessed Baseball-Reference.com and Retrosheet.org for box scores/play-by-play information and other data: