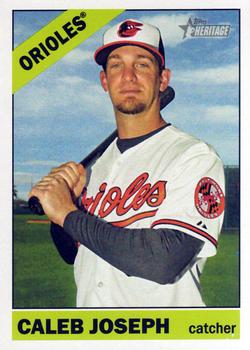 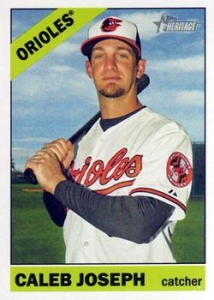 The Baltimore Orioles went from no hits to 26 hits in the span of four days. After being no-hit by Hisashi Iwakuma and the Seattle Mariners on Wednesday, August 12, 2015, the Orioles exploded for 26 hits and 18 runs on Sunday the 16th against the Oakland A’s.

In their intervening games, the Orioles got 16 and 6 hits. That’s 16, 6, and 26. Numerologists, knock yourselves out.

Entering the game the A’s had lost five in a row and their record was 51-67. The Orioles had beaten them in the first two games of the series on walk-off home runs. The A’s had the worst record in the American League and were essentially out of competition for the postseason. On the other hand, the Orioles had gone 13-7 in their previous 20 games and were only a half-game behind the Angels for the second wild card.

The A’s threatened in the top of the first inning. With one out, Coco Crisp doubled and Danny Valencia singled to put runners on first and third. But Baltimore starter Wei-Yin Chen struck out Josh Phegley and Brett Lawrie to end the inning.

In the bottom half, after Manny Machado flied out to center, Gerardo Parra homered to right for Baltimore’s first run.

The A’s responded in the top of the second. With two outs, Marcus Semien and Sam Fuld hit consecutive doubles to right to tie the score.

But the Orioles had an answer in their turn at bat. Jonathan Schoop led off with a single to center and Steve Clevengerfollowed with a single to right that sent Schoop to third. After J.J. Hardy struck out, Henry Urrutia hit a grounder to A’s pitcher Kendall Graveman. He caught Schoop in a rundown between third and home. Before Schoop was tagged out by catcher Phegley, Clevenger moved to third and Urrutia to second. Then Caleb Joseph hit a two-run double to left. Machado drove in the third run of the inning when he also doubled to left. Machado scored on Parra’s single to right. The inning ended when Sam Fuld hit cutoff-man Mark Canha and Canha relayed to Semien to catch Parra at second. Parra’s single made the score Orioles 5, A’s 1.

In the third inning the Orioles’ Adam Jones hit a 1-and-0 pitch by Graveman into the center-field stands. 6-1, Orioles.

In the top of the fourth, Lawrie led off with a home run to left off Chen that made the score 6-2. Billy Butler followed with a single, but Chen retired Canha, Semien, and Fuld in order. It was the last time the A’s would score.

With two outs in the Orioles’ fourth, A’s manager Bob Melvin called for Dan Otero to replace Graveman. Graveman left having given up six runs (all earned) on eight hits and a walk. For the time being, the move paid off as Otero got Machado to hit into a 5-4-3 inning-ending double play.

The Orioles ended any hope the A’s had in the bottom of the fifth. Parra, Jones, Chris Davis, and Schoop started the inning with singles. With one run in, the bases loaded, and nobody out, Clevenger grounded to second baseman Lawrie, who got an out at first. On the play, Jones scored the eighth run and Schoop and Davis moved to second and third. It looked for a moment as if the damage would be limited when Hardy struck out. But Urrutia drove in both runners with a single up the middle. Joseph followed with another single up the middle, which sent Urrutia to third. Machado then hit a pop-fly double that fell between shortstop Semien and left fielder Crisp, scoring Urrutia and Joseph. Next, Parra doubled to center, leaving him a triple short of a cycle. Having watched Otero yield eight hits, Melvin brought in Edward Mujica. But the onslaught continued. Adam Jones hit his second home run of the game, a two-run smash over the wall in left-center. The inning finally ended after Davis singled and Schoop lined out to short. The Orioles had scored nine runs and led 15-2. Parra, Jones, and Davis each had two hits in the inning.

The Orioles tacked on two runs in the sixth when Joseph homered after Clevenger singled. Parra got his fifth straight hit later in the inning. The O’s scored their 18th and final run in the seventh. They got it against Evan Scribner, who relieved Fernando Abad, who had relieved Mujica an inning earlier. Schoop doubled and Clevenger and Urrutia singled for the final tally. That made the score Orioles 18, Athletics 2 and completed the drubbing.

Chen pitched six innings. He gave up two runs (both earned) on eight hits and no walks. Relievers Brian Matusz and Jason Garcia allowed only one hit and one walk over the final three innings.

Eight Orioles had multi-hit games. Parra had five, a homer, double, and three singles. Clevenger had a career-high four hits, one of which was a double. Machado, Jones, Schoop, and Joseph each had three hits. The only starter who didn’t join the hit parade was J.J. Hardy. The Orioles banged out 26 hits in all, which tied a team record that had stood for 25 years.

Otero gave up eight runs (all earned) on eight hits in 1⅓ innings. His ERA for the season jumped almost two full runs, from 5.79 to 7.68.

Second-string first baseman Ike Davis pitched the last inning for the A’s. He gave up a double and a walk, but also struck out Schoop. In an American League rarity, Orioles pitcher Jason Garcia batted against nonpitcher Davis. It was the only plate appearance of Garcia’s career.

Melvin gathered the A’s after the embarrassing loss. Afterward, he said, “We had a little meeting. We haven’t had too many of these (lopsided losses). You’re going to have some during the course of the season; sometimes it ends up exposing some things that need to be talked about. At times, guys were having a hard time seeing the ball off the bat. Some of the jumps in the outfield suggest that they didn’t see (the ball) right away.”1

The Orioles’ record improved to 60-56. Since the Angels lost, the O’s moved a half-game ahead of them for the second wild-card spot. Catcher Caleb Joseph said, “We still kind of determine our own destiny, and that’s how we like it.”2

And so they did. After they won two of their next three games, the Orioles lost 15 of their next 18. At that point, their record dropped to 65-72 and they fell 7½ games behind Texas for the second wild card.

The O’s played better over the last month of the season, winning 16 of their last 25 games, including their last five in a row. Nevertheless, they finished five games behind Houston for the second wild card.

In addition to the sources cited in the Notes, the author used baseball-reference.com, retrosheet.org, and baseball-almanac.com.