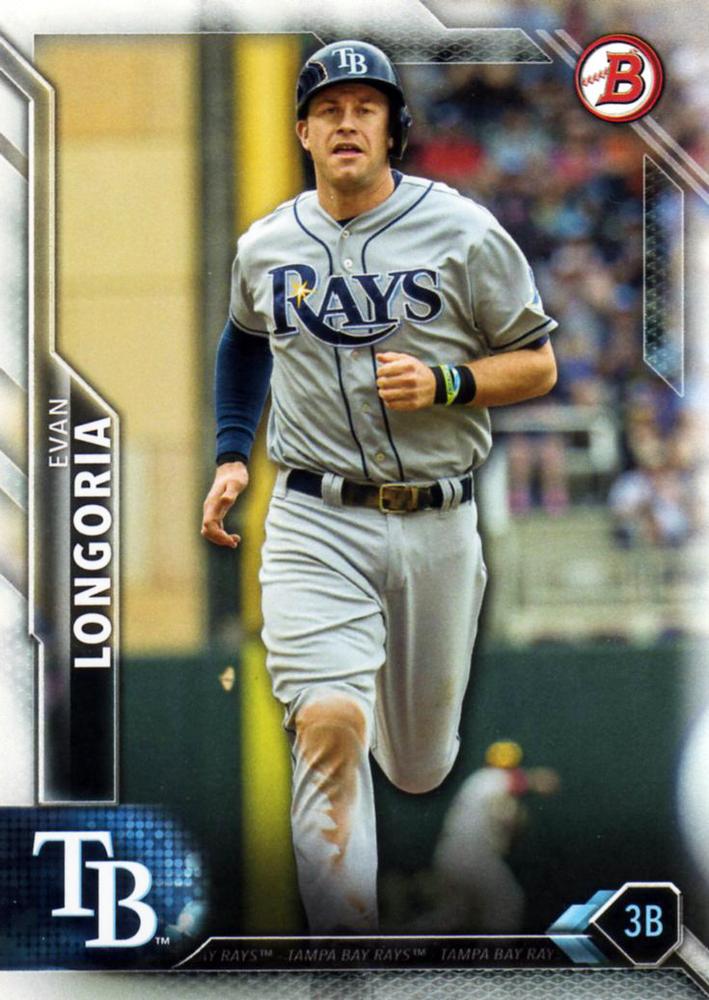 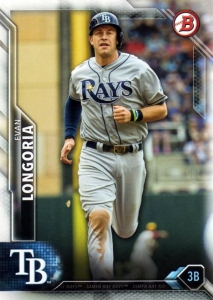 On an otherwise ordinary Tuesday evening in mid-August of 2016, the Tampa Bay Rays clobbered the Padres. This mattered little with regard to either team’s standing or playoff aspirations. The Rays hardly amounted to an offensive juggernaut that year and yet they nevertheless came within one run of a couple of franchise home records that evening and set a team record for the most home runs in a game.1 The Padres also witnessed a record, albeit one with much less cause for celebration: most home runs given up by a relief pitcher.

The Rays historically do their best work away from the Trop. In their brief history, they have hit six home runs in a game three times (through 2019). Against teams not named the Royals, they’ve done it only once, but never at home.2 They’ve never scored 19 runs at home but did it three times on the road; at Yankee Stadium, at Target Field (Twins), and at the Rogers Centre (Toronto). There are multiple explanations for this, but the fact that their home ballpark lies within the most balkanized baseball geography in the country doesn’t help; they actually lose home-field advantage versus the Yankees and Red Sox. Within that context, the 10,793 fans who filed into the Trop that night amounted to a decent crowd.

The Rays started 23-year-old rookie Blake Snell that night. To this point, he’d posted a 3-5 record through 11 starts, and a respectable 3.18 ERA. Not yet the dominant pitcher of his 2018 season (21-5, Cy Young Award), he suffered command issues and relied a bit too much on his four-seam fastball.3 The Padres pitcher actually boasted more playing experience in the Trop. Edwin Jackson posted 14 wins for the Rays in their 2008 AL pennant-winning season. Though he tied Rays ace “Big Game” James Shields for most wins that year (14), the Rays went Jackson-less that postseason rotation, opting instead for rookie David Price. To add insult to injury, the Rays traded him to Detroit for utility outfielder Matt Joyce before the 2009 season. Jackson got his revenge, though, in his only prior start in the Trop in 2010. Pitching for the Arizona Diamondbacks on June 25, he no-hit the Rays. It took him 149 pitches, eight walks, and one hit-by-pitch, but nevertheless he achieved the only “no-hitter” of his career in St Petersburg.4 The Diamondbacks’ only score came on a home run by Adam LaRoche in the second inning. It would be all Jackson needed. The Rays’ home crowd that night, ever the gracious hosts, rewarded Jackson with a standing ovation for the first no-hitter thrown at Tropicana Field.5

Whatever Jackson’s expectations coming into the Trop six seasons after his no-hitter, he probably didn’t imagine the onslaught coming that August evening. Indeed, however valid the criticisms of interleague play, at least two couldn’t apply on August 16, 2016, when the Padres limped into the Trop: the unfamiliarity of one league’s teams with the ballparks of the other, and imbalanced scheduling. Edwin Jackson was nothing if not familiar with the Trop and all its peculiarities, not to mention the experiences of former Rays slugger Wil Myers and Yangervis Solarte, the former third baseman for the AL East rival Yankees. Perhaps most importantly, both teams entered the game with similarly abysmal records, the Rays at 48-69 and the Padres at 50-68, and little in the way of postseason possibilities. Both teams in fact finished the 2016 season in the bottom third in both runs scored and runs batted in. Both finished with 68-94 records and at the bottom of their respective divisions.

Blake Snell 2016 didn’t quite yet look like Cy Young-winning Blake Snell of 2018. He showed command issues and tended to leave offspeed pitches hanging over the plate when he deviated from his four-seam fastball. He didn’t yet have the devastating movement on his curveball that would lead to 221 strikeouts and a league-leading 1.89 ERA in 2018.

Against the Padres on this August night, Snell showed promising stuff, but also a persistent inability to punch the lead batter out. In fact, in each of the first three innings, Snell gave up either a leadoff hit or walk. Leadoff batter Alexei Ramirez seemed to have Snell’s number, hitting a single four pitches into the first at-bat and another in his next plate appearance. The third time Snell faced Ramirez, with one out and the bases loaded in the fourth inning, Snell pitched around him, walking him on five pitches, surrendering the Padres’ only run. Snell then struck out former Ray Myers and Solarte to end the most promising Padres rally of the game. With a seven-run lead, and his rookie pitcher perhaps showing signs of fatigue, manager Kevin Cash opted to pull Snell after the fifth. It took Snell 95 pitches to notch 15 outs, on the one hand, but on the other he scattered five harmless hits and walked four while striking out eight.

While Snell’s future looked bright, Edwin Jackson’s outing predicted a different trend. The Marlins had designated him for assignment him in June of 2016, after he posted a 5.91 ERA in 10⅔ innings pitched. San Diego tried installing him as a starter and he managed decent, if middling, numbers to that point notching a 3-2 won-lost record, a 4.19 ERA and an opponents’ batting average of .250. Whatever pieces he’d fitted together to jerry-rig that 3-2 record for the Padres disintegrated that night. When not walking or hitting Rays batters (he nailed Rays leadoff batter Nick Franklin in the foot with the fifth pitch of his evening), he seemed to be pitching for batting practice. His eighth pitch, a wild curve, squirted between the legs of his catcher, Christian Bethancourt, enabling Franklin to advance to second. Great defense bailed out Jackson in the first, but he’d give up runs in each of the following four innings.

In the second, Jackson loaded the bases before recording a strikeout of Corey Dickerson on his 36th pitch, a changeup. Four pitches later, he gave up a bases-clearing triple to .167 hitting Luke Maile. In the third, Jackson gave up a second triple to Evan Longoria. He struck out designated hitter Brad Miller for his second strikeout of the evening. That, his 56th pitch, a nasty curveball that finally showed sufficient range, completely fooled Miller and might have otherwise stabilized Jackson’s outing. At that point, the score was a manageable 3-0, but the Rays’ next at-bat would prove that, like command and control, luck would also abandon Jackson.

Matt Duffy hit just enough of a 2-and-1 breaking ball to send it about a third of the way up the third-base line. Expecting the ball to roll foul, Padres catcher Derek Norris didn’t attempt to make a play. A little more bat on it would have probably caused the second out of the inning. Instead, Jackson now faced Logan Morrison with runners at the corners. Morrison plated Longoria and Duffy with a grounder that got past first baseman Myers. After popping up Steven Souza Jr. for the second out, Jackson walked Corey Dickerson and gave up an RBI single to Luke Maile, followed by an RBI single by Nick Franklin. Jackson left after the fourth inning, by which point the solo home run he gave up to Brad Miller seemed like one of his better sequences. Jackson handed veteran reliever Carlos Villanueva a seven-run deficit to start the fifth. As bad as Jackson’s outing was, Villanueva’s would be worse.

While Jackson’s outing amounted to death by a thousand cuts, Villanueva went down in a blaze of glory. He surrendered four runs in his first 22 pitches. He gave up a single to Luke Maile on his fifth pitch and, three pitches later, a two-run homer by Nick Franklin (only Franklin’s fourth of the year). He struck out Kevin Kiermaier (who for some reason was having a terrible game, 0-for-4) but then resumed his pattern of giving up a single (to Evan Longoria) followed by serving up a home-run pitch, this one to Brad Miller. Having surrendered two home runs in the fifth, Villanueva served up another to Corey Dickerson in the sixth, and then a two-run homer by Evan Longoria in the seventh. Having breached the football-score threshold at 15, the Rays offense was done for the night: They scored nil in the eighth, despite Villanueva’s continued presence on the mound.

What remained of the Rays’ fanbase that night witnessed their “B” relief rotation. Erasmo Ramirez, Ryan Garton, Xavier Cedeno, and Danny Farquhar combined to give up two hits en route to securing the Rays’ final 12 outs and their second-largest home margin of victory.6 In addition to five home runs and a two-touchdown run differential, those who remained in attendance witnessed another record: Over four innings the Rays clobbered Villanueva with seven hits including four home runs. Villanueva left after the eighth inning having set a record for the most home runs given up by a Padres reliever.7

1 The Rays ranked 24th in runs for 2016, according to BaseballReference.com (baseball-reference.com/leagues/MLB/2016.shtml).