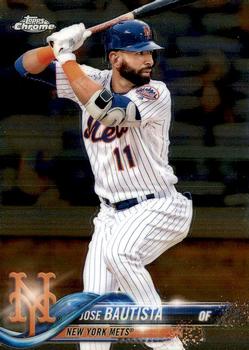 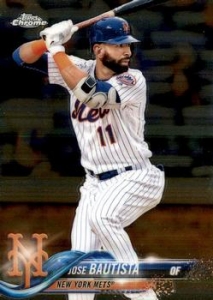 It’s tempting to begin discussion of this game with a football reference. Mike Puma of the New York Post aptly remarked: “Somehow the Mets were scoring multiple touchdowns after a week of hoping for something more than a field goal.”1 There are two New York football teams that would be pleased to put up the kind of numbers the Mets did between 7 P.M. on August 15 and 10 P.M. on August 16. The Mets scored 46 runs in about 27 hours. They scored 24 in one game, the first contest of a doubleheader in Philadelphia. These runs, as Puma noted, came after a week in which the Mets struggled to produce any.

The 2018 Mets were not an offensive powerhouse: They ranked 23rd in the majors in runs scored, tallying 676 runs throughout the season, compared with a major-league average of 721. About 7 percent of those 676 runs were scored in about 27 hours.

In the first game of the doubleheader against the Phillies, the Mets, coming off a 16-5 victory over the helpless Baltimore Orioles, sent Corey Oswalt out to face 22-year-old Ranger Suarez. Suarez was making his second major-league start.2This game was probably one the young starter attempted to forget about.

The Mets hitters wasted no time. Amed Rosario began the offensive eruption, leading off the game with a home run on the first pitch. The Phillies had enjoyed the strength of their starting pitchers: The staff had allowed the second fewest home runs and posted the second most quality starts in the National League up to this point.3 This game did not help those statistics.

Although the game turned into a nightmare for the Phillies, it did not look so grim in the beginning. Suarez put up a scoreless second, and his team took a 2-1 lead on two home runs, one by Rhys Hoskins, the other by Maikel Franco. It is worth noting that all the runs scored in the first two innings came on solo home runs, highlighting the state of baseball. The major-league single-season home-run record was set in 2017 at 6,105,4 and the 2018 season saw 5,585 home runs. MLB.com reporter Matt Kelly noted, “Baseball had become more homer happy than ever.”5

To offset the Phillies’ early home runs, the Mets made hard contact, and the Phillies’ torturous afternoon unfolded. Kevin Plawecki led off the third with a triple, and scored on a single by Rosario. Then disaster struck. Michael Conforto hit a routine groundball to third, but Franco bobbled it and failed to record the out. Suarez then lost the strike zone, walking Todd Frazier on four pitches and throwing six straight balls. Suarez escaped the inning without yielding more runs, but it ended with a dramatic, unusual play. Still struggling to throw strikes, Suarez hit Brandon Nimmo in the hand, but Nimmo simultaneously swung and put the ball in play, hitting a grounder to third. Nimmo tumbled to the ground, and the Phillies recorded the out.

Jose Bautista replaced Nimmo in right in the bottom of the inning, and the game began to seesaw. Phillies right fielder Nick Williams tied the game, 3-3, with another home run, but in the top of the fourth Philadelphia’s defense degenerated into mayhem. With two runners on, Franco made another error, an errant throw on a Rosario chopper that allowed two runs to score.

Franco’s shoddy defense aside, the Phillies continued to string together home runs, as they climbed back within one run on Jorge Alfaro’s opposite-field home run. But those four home runs would not nearly be enough.

In the fifth inning, the Mets added 10 to their run total and the Phillies added two to their error total. The Phillies had made 91 errors thus far in 2018, the second most in the majors.6 Conforto and Frazier both got hits to lead off the inning, and with Conforto at third, Suarez balked. Bautista then singled to score Frazier, and Phillies manager Gabe Kapler sent Suarez to the showers.

Reliever Mark Leiter Jr. walked the first batter he faced. Then with two on and one out, Oswalt bunted, and catcher Alfaro, attempting to get the out at second, rifled the ball into center field. After the Mets had put up four runs that inning, with two men out, Jackson hit a fly ball to left fielder Rhys Hoskins. This time the ball popped out of Hoskins’ glove and hit him in the chin – another run scored.

Could anything else go wrong for the Phillies? They should have been out of this inning at this point. With two outs, Leiter walked Frazier to load the bases again. And Bautista hit a grand slam, making the score 15-4. After yielding a standup double to Jose Reyes, Leiter intentionally walked Plawecki, bringing up Oswalt. The announcers briefly debated the need for this move, given the score, but they agreed that Kapler likely wanted to give his young pitcher some confidence by retiring the pitcher.7 Leiter did, and the catastrophic fifth inning concluded.

Leiter also lowered his ERA: In one inning, he allowed seven unearned runs. One could argue that Leiter was a victim of bad timing. He entered the game with runners on base who were not his responsibility, and his team’s defense imploded. But those runners still scored. If you look beyond runs and earned runs, Leiter’s performance was not stellar: he surrendered three walks and a home run. He was not charged with the four runs that came from Bautista’s grand slam.

Writer Keith Law explores ERA and analyzes the problem of assigning blame to a pitcher, particularly reliever. He alludes to a similar situation to Leiter’s: In 1989 Yankees pitcher Andy Hawkins surrendered 10 runs in 2-plus innings, but his ERA went down, as a fielding error prolonged the inning, and Hawkins was not charged with subsequent runs.8 Like Leiter, Hawkins was the victim of poor defense, but he failed to record outs after: Law’s point is that ERA is not always a particularly helpful tool in assessing whether the pitcher did his job in cases like these.9

As this game was the first of a doubleheader, the question was not “if” a position player would pitch, but rather “when?” – the announcers mulled over this question, noting that they had seen the Phillies use position players to pitch before this season.10 Sure enough, Roman Quinn took the mound in the seventh with the score 15-4. Quinn shared the duties of finishing this abysmal game with Scott Kingery. They got the job done, but gave up nine runs. Mets manager Mickey Callaway admitted after the game, “You do feel for the other team.”11 His team, after all, scored 30 runs over the two games. Despite the embarrassing run differential, the Phillies, taking the second game 9-6, earned a split.

It is easy to dismiss a blowout as uninteresting: One team scored a lot of runs, and the other did not. If the home team is on the wrong end, many fans will finish their hot dogs on their way to the parking lot. This game is worth studying for several reasons, though. First, it was record-breaking for the Mets. Though the 2018 Mets will not be remembered for their offense, in this game the team broke the franchise record for runs scored in a single game.12

Further, this game raises several topics important to today’s baseball. Perhaps the most prominent question is whether position players should pitch. Jared Diamond of the Wall Street Journal cites two reasons managers previously shied away from the tactic. The first reason is potential injury, and the second is optics.13 Kapler makes it clear he is not concerned about optics: “If it is making a ‘mockery of the game’ to be sensible and play the long game, then I’m willing to be uncomfortable with public perception.”14

Dodgers manager Dave Roberts admits he dislikes conceding a game but observes the stigma softening.15 Given that Yankees manager Aaron Boone used his backup catcher to pitch against the Red Sox in the 2018 American League Division Series, one can discern that stigma is subsiding. So while this game between the Mets and Phillies was entertaining and historic purely in runs scored, it also highlighted a concept relevant to today’s discussion of the game.

In addition to the sources cited in the Notes, the author consulted Baseball-Reference.com, and the box score of the game on ESPN at espn.com/mlb/boxscore?gameId=380816222.