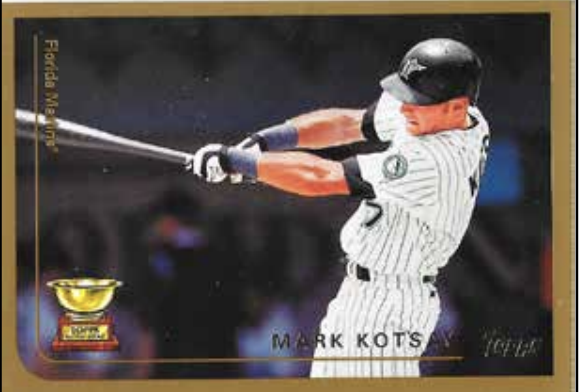 A transformation of baseball’s fandom in St. Louis was undeniably apparent in 1998. Crowds pouring into Busch Stadium had shifted their fans-in-the stands appreciation moments from stolen bases, pitching skill, and defensive gems of the 1980s to batting practice, the booth announcer, and home-run derby.

Despite the fact that a disappointing season in the standings was taking shape for the Cardinals, “McGwire-Mania” had overwhelmed the Mound City.1 The ballpark opened an hour earlier than normal for thousands to view batting practice.2 During most contests the voice of public-address booth announcer John Ulett was drowned out due to energetic standing-ovation cheers when he informed the multitudes, “Batting third, number 25, first baseman, Mark McGwire.”

Chicago Cubs outfielder Sammy Sosa and McGwire had morphed into sensational gate attractions as the friendly competitors chased the season home-run record of 61 set by Roger Maris in 1961. Fans flocked to home and road venues in which these sluggers performed to see them hit. Even the final scores of games had become secondary at times.

This night’s contest pitted the Cardinals versus the Florida Marlins in the finale of a two-game set. Though the Marlins were defending World Series champions, their roster was quite a deviation from 1997. A dismal record of 46-86 was indicative of an after-championship salary dump orchestrated by team owner Wayne Huizenga.3 The 62-69 Cardinals were progressing toward a losing record for the fourth consecutive month, and were 20 games behind in the NL Central Division.

Left-hander Darren Oliver (1-2, 4.63 ERA) was given his fifth start for St. Louis while southpaw knuckleballer Kirt Ojala (1-3, 3.90) got the nod for Florida. Oliver had been acquired on July 31 from the Texas Rangers. Darren’s father was Bob Oliver, who had played for five major-league clubs during an eight-year career. The game-time temperature was 87 degrees with an 8 MPH wind in from left. McGwire came in with 53 home runs, and Sosa had already nailed number 52 at Cincinnati’s Cinergy Field before McGwire’s initial plate appearance.4

In the opening frame, the first ball put in play caused a slight interruption. Switch-hitter John Cangelosi was retired at first base by Delino DeShields, but the Cardinals second baseman injured his left shoulder with a diving stop.5 Pat Kelly came in to replace DeShields. Ojala pitched around a walk to Kelly, who stole second and went to third on a passed ball before the side was retired.

Both starters thwarted trouble to keep the contest scoreless through six frames. In the top of the seventh, Oliver escaped a bases-filled situation when Ojala grounded into an unassisted force for the third out. Ojala gave up his third hit when Ron Gant doubled to right-center to open the bottom half. John Mabry bunted and Ojala threw wildly past third. The error allowed Gant to score the first run while Mabry advanced to second. Placido Polanco hit a comebacker to Ojala, and Mabry was retired at third. Oliver, who had allowed three hits and three walks while striking out six in seven innings, was lifted for switch-hitter Willie McGee. Ojala fanned McGee, and then allowed an infield single to Eli Marrero. Marlins manager Jim Leyland brought in right-hander Justin Speier to register the third out.

Right-hander John Frascatore took over the St. Louis mound duties and retired the side in order in the eighth. During the break, stadium organist Ernie Hays revved up the crowd with his fan-favorite hand-clapping rendition of “Here Comes the King.”6 The 24-year-old Speier, who was the son of longtime major-league infielder Chris Speier, continued his relief duty for Florida. The Redbirds teed off on him for the cycle (and beyond). First, Fernando Tatis tripled to right-center. McGwire, after going 0-for-3 with two fly balls and a strikeout, connected on an 0-and-1 fastball for his 54th home run.7 It was a 509-foot drive to straightaway center that caromed off the top of the 35-foot batter’s eye and fell to the grass berm. Two men scurried from their bleacher seats and wrestled for the sphere.8

Naturally, the crowd of 30,004 went from being restless to wild as their hero trotted around the bases. McGwire was greeted at the plate by his 10-year-old son, Matt,9 and then acknowledged a rousing dugout curtain call.10 Speier sailed the next pitch close to the head of Brian Jordan. The former NFL defensive back removed his helmet, stepped forward, and pointed his bat toward the mound.11 Gant walked away from the on-deck circle, and started to move in the same direction.12

Plate umpire Harry Wendelstedt intervened and warned Speier. This action prompted Leyland to argue with Wendelstedt, and a nose-to-nose confrontation ensued. The veteran arbiter did not take kindly to Leyland’s quarrel, and ejected the Florida skipper.13 Leyland later explained, “I snapped because it was a 75 MPH split-finger in the wrong location. We’re not throwing at anybody.” Hitting coach Milt May took over as the Marlins manager.14

Jordan dropped a single into short left, and he scored when Gant doubled. Mabry hit his ninth homer to up the lead to 6-0. Speier’s ERA after one-third of an inning increased from 7.94 to 11.57. Right-hander Donn Pall came on and eventually halted the St. Louis onslaught. Pall actually permitted three singles, but a double play staved off additional tallies. The Cardinals sent 10 batters to the plate while scoring five runs on eight hits.

With the Cardinals ahead, 6-0, after eight innings, only three outs stood in the way of a win.

Frascatore, in his 61st appearance, had finished 15 games this season. However, the first three Marlins batters in the ninth – Derrek Lee, Cliff Floyd, and Kevin Orie – powered back-to-back-to-back homers to cut the lead in half, 6-3. It was Lee’s 15th, Floyd’s 18th, and Orie’s fifth home run. This marked the first time in franchise history that Florida hit three consecutive home runs.15 It was also the first (and only) time that Frascatore allowed a trio of homers in a major-league game.

Left-hander Lance Painter relieved and retired his first hitter, but then walked Luis Castillo and allowed a single to Dave Berg. Manager Tony La Russa came out to the mound, and in came veteran right-handed reliever Jeff Brantley. Lefty-swinging rookie Mark Kotsay whacked a pinch-hit three-run home run to right. It was his eighth of the year, and knotted the game, 6-6. Kotsay yelled at the top of his lungs as he returned to the dugout.16 Brantley then struck out the next two Marlins. Nine Florida hitters batted and they made good for six runs on five hits.

Right-hander Antonio Alfonseca made his 48th relief appearance, and the crowd rose to their feet as McGwire approached the plate. McGwire singled to center, but was forced at second. Later, with two runners on and two away, pinch-hitter Ray Lankford flied out to send the contest into extra innings.

Juan Acevedo came on to face Florida for the 10th. The right-hander fanned Lee, but Floyd managed an infield hit for his fourth safety. Floyd moved to second as Orie reached first when his potential double-play grounder was muffed by shortstop Luis Ordaz.17 Randy Knorr, who had just been called up from Triple-A Charlotte the day before, bounced a double past third to plate Floyd and hand the Marlins their first lead, 7-6.18 Acevedo retired the next two batters.

Left-handed pinch-hitter Tom Lampkin pulled an infield hit to the right side to begin the bottom of the 10th. A strikeout followed by a 6-4-3 twin-killing grounder earned Florida an astonishing comeback victory in a game lasting 3:33. Line scores totaled 7 runs, 10 hits, and 3 errors for the Marlins while the Cardinals accumulated 6 runs, 14 hits, and 2 errors. The winning pitcher was Alfonseca (3-6) with Acevedo (6-3) taking the loss.

Leyland was waiting in the tunnel and celebrating with high-fives for his squad on their way to the locker room. The no-nonsense mentor was giddy about the comeback. Leyland exclaimed, “This was one of the greatest wins I’ve had in all my years of baseball.” Knorr, who produced the game-winning hit, commented, “If this doesn’t pump us up for the rest of the year, I don’t know what will.”19

But the 1998 Marlins lost 22 of their final 29 games and finished with the major-leagues’ worst record at 54-108. They ended up a whopping 52 games out of first place. After Florida grabbed the victory away from the Cardinals, the team dropped two of its next three and fell into last place at 63-72. The Redbirds surged and won 20 of 27 to close at 83-79 for third place in the NL Central.

The drama of the home-run chase continued throughout the end of the regular season as McGwire led the majors with 70 and Sosa was runner-up with 66.

In addition to the sources cited in the Notes, the author accessed Retrosheet.org, Baseball-Reference.com, Newspapers.com, and SABR.org/research.