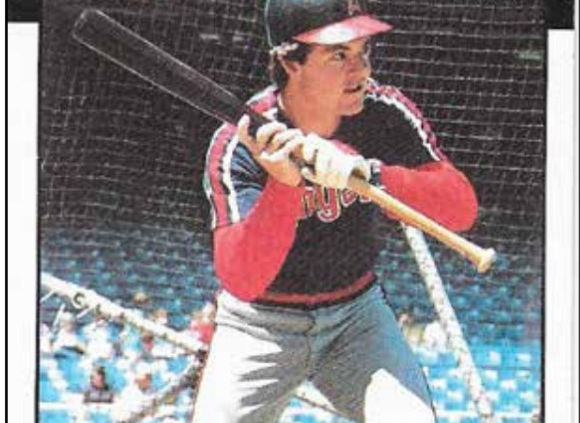 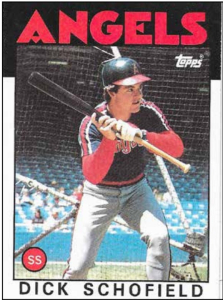 The Angels came into the August 29 game with an AL West-leading record of 71-56. Three weeks before, they had lost three straight and saw their four-game lead shrink to 1½ games. But now they had won four games in a row and 15 of 22, and were back in front by 4½.

A decade before, Tigers starting pitcher Frank Tanana had been an Angels prodigy. In 1975, at the age of 21, he led the American League in strikeouts. Two years later he led the league in ERA. From 1975 through 1978 Tanana won 68 games and lost 40 and had a cumulative ERA of 2.79. But since then, his career had taken a turn for the worse. Over the next seven seasons, he lost 20 more games than he won and his ERA was more than a full run worse, at 3.84.

Second-year pitcher Kirk McCaskill started for the Angels. McCaskill had shown promise in his rookie season, starting 29 games and winning three in a row at the end of September. In one of those, he held Cleveland scoreless for eight innings, allowing only three hits. Now, having what would be the second-best season of his career, McCaskill came into the game with a record of 14-7 and an ERA of 3.33.

But this would not be his day. With one out in the top of the first, McCaskill walked Alan Trammell, Kirk Gibson singled to center, and Johnny Grubb cracked a home run, giving the Tigers a 3-0 lead. It seemed the Tigers might get more when, with two outs, Dave Collins singled and Darnell Coles doubled, but with men on second and third, Chet Lemon flied out to end the inning.

In the bottom half, the Angels sliced a run off the Tigers’ lead when Brian Downing hit one down the line in left for a solo home run.1

In the third Gibson led off with a double and one out later Darrell Evans hit a home run to right-center for a 5-1 Tigers lead. Collins followed with a triple and when Coles flied to right, Collins tried to score. But he was caught in a rundown and tagged out by third baseman Doug DeCinces.

In the fifth, McCaskill’s replacement, Chuck Finley, walked the first two batters, Grubb and Evans. Collins sacrificed the runners up. After Grubb was out at home on a fielder’s choice, Lemon doubled to center, scoring Evans and Coles. Mike Heath singled to left and Downing’s throw home was too late to get Lemon, but when Heath tried to take second, catcher Bob Boone gunned him down to end the inning. The three runs stretched the Tigers lead to 8-1.

The Angels got two of the three back in the sixth. George Hendrick and Gary Pettis singled, putting runners on first and second with two outs. Boone’s single to right drove in Hendrick, and when the ball got by Gibson, Pettis also scored, making the tally 8-3.

In the seventh, the Tigers continued their penchant for scoring in odd-numbered innings. With Vern Ruhle on the mound for the Angels, Evans singled, Collins reached on an error, and Lemon smashed a three-run homer, leaving him a triple short of the cycle and giving the Tigers an 11-3 lead.

In the bottom half, Randy O’Neal replaced Tanana and gave up a leadoff single to Rick Burleson. After Wally Joyner followed with another single, O’Neal uncorked a wild pitch, advancing the runners to second and third. With a force play no longer possible, consecutive groundouts by Downing and DeCinces scored Burleson and Joyner and left the score 11-5.

Doug Corbett came in for Ruhle in the eighth and yielded a leadoff home run to Trammell, giving the Tigers their fourth home run of the day and an even dozen runs. Two outs later, the Tigers got runners to second and third, but Corbett retired Coles and the score remained 12-5.

Neither team scored in its next at-bats before the Angels rallied in the bottom of the ninth. Dick Schofield Jr. started the inning with an infield single.2 After Burleson lined out to center, Joyner walked and Downing blooped a single to center, loading the bases. Jack Howell, who had replaced DeCinces, ripped a two-run double to right-center to make the score 12-7.

Tigers manager Sparky Anderson brought in Willie Hernandez in relief, but Hernandez provided none. Hendrick singled in Downing, Bobby Grich singled in Howell, and the Angels had chopped the lead to 12-9. Pettis grounded into a force play at second, putting runners at first and third with two outs. Since his run didn’t matter, the Tigers allowed Pettis to take second on defensive indifference. Then pinch-hitter Ruppert Jones walked, loading the bases.3

The walk put the tying run on base and brought the winning run to the plate as Schofield batted for the second time in the inning. Hernandez was ahead in the count, 0-and-2, when he threw a screwball that stayed too high. Schofield lined it into the left-field seats4 for a game-winning grand slam – the dream of every baseball-playing kid.

Angels coach Jimmie Reese said, “Never in 63 years in baseball have I seen anything like that. Two out, 0-and-2 on the hitter. … You see it once in a lifetime.”5

For the Tigers, Darrell Evans and Chet Lemon each had three hits including a home run and Lemon drove in five runs. The Angels got three singles from George Hendrick.

Although Willie Hernandez was the losing pitcher, two years before, he won as many major trophies as a ballplayer can. In 1984 Hernandez became one of only three pitchers to win the Cy Young Award, Most Valuable Player Award, and a World Series championship in the same year. Sandy Koufax did it in 1963 and Denny McLain, in 1968.

In the next nine days, the Tigers lost 6½ games in the standings and fell 13½ off the lead. But they won their final five games to finish 87-75 and, after being in fourth place for 38 straight days, snuck into third place on the season’s last day.

On June 15 the Angels were 31-31, 3½ games out, when they won eight of their next nine to vault into first place. There they remained for all but five days, stretching their lead to 10 games in September and winning the division title with a record of 92-70.

In the ALCS, the Angels lost a gut-wrenching series to the Boston Red Sox, four games to three. Angels fans were distraught because the Angels had been ahead three games to one, and had been one out in Game Five from going to their first World Series.

Worse, Gene Mauch, after 27 years of managing, had never led a team to the Series and had carried with him the misfortune of 1964 when, in one of the greatest collapses of all time, his Phillies lost a 6½-game lead with only 12 to play. This proved to be his last chance to win a pennant.

From 1961 through 1985, the Tigers won more games than any AL team except the Baltimore Orioles and New York Yankees. The period included World Series championships in 1968 and 1984. The Tigers won the AL East again in 1987, but didn’t get back to the playoffs until 19 years later, when, in 2006 they lost the World Series to the St. Louis Cardinals.

The Angels were big spenders in the early days of free agency; in 1977 they signed Grich, Don Baylor, and Joe Rudi. After they traded for Rod Carew in 1979, they won their first AL West title, but lost the ALCS to the Baltimore Orioles, from whom they raided Grich and Baylor.

The Angels won the division title again in 1982, but lost the ALCS to the Milwaukee Brewers after leading the best-of-five series two games to none. After 1986 the Angels experienced a playoff drought of 15 years, before winning the World Series in 2002.