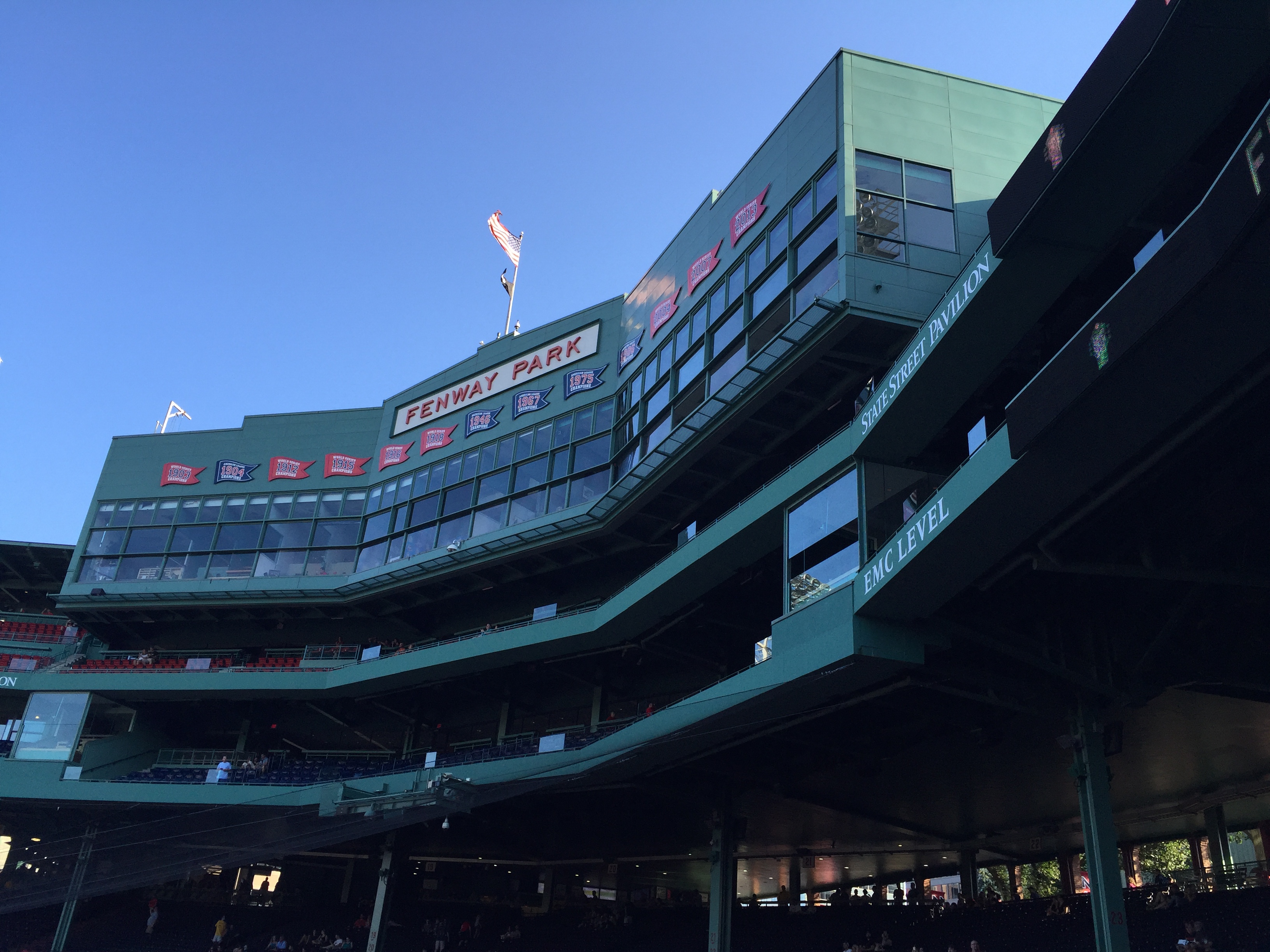 When Major League Baseball announced that interleague play would begin in 1997, it allowed for the unique opportunity for cross-city rivals to meet in a regular season game that counted. It also created the chance for some teams to take a trip to their former homes.

The Braves didn’t look back after leaving Boston in 1953. Except for preseason charity games in the 1950s and ’60s,1 they hadn’t played a game that counted in the city since their last regular-season game on September 21, 1952. The last meaningful game the Braves played at Fenway Park was the final game of their 1914 World Series championship.2 The team that called Boston home for 82 years carved out its own new identity, winning World Series championships in both Milwaukee and Atlanta. Despite the time away, when they made their way back to their first home on August 29, 1997, to take on the Boston Red Sox, they were welcomed with open arms.

The Boston Globe and Boston Herald both ran stories welcoming the team back and remembering the Braves with a fondness that seemed to be lacking when the call was made to relocate to Milwaukee.3 The Herald observed, “The Boston Braves were more beloved in retrospect than reality.”4 Nevertheless, fans flocked from around the region to catch a glimpse of not only their former team, but an Atlanta team a season and a half removed from a World Series championship, and on its way to a 101-win season and sixth straight postseason appearance.

Lifelong Braves fan George Altison of the Allston section of Boston formed the Boston Braves Historical Association in 1988.5 He and the group planned activities around the city to coincide with the weekend series, including a guided tour of the remaining parts of Braves Field, now incorporated into Boston University’s Nickerson Field; former Braves players visiting the Dana Farber Cancer Institute, home of the Jimmy Fund; and a banquet in conjunction with the Atlanta Braves 400 Club at the Westin Copley Place Hotel.6

Former Boston Braves players were also excited about the weekend. The 1948 Rookie of the Year, Braves shortstop Al Dark, was welcomed to Fenway to throw out the first pitch of the Friday night game, with pitcher Johnny Sain and former fan favorite Tommy Holmes scheduled to do the Saturday and Sunday games. Holmes told the Boston Globe, “I still have my Boston Braves uniform with the number 1 on the back, and I’ve had it cleaned and I’m going to wear it to Fenway Park this weekend.”7 In addition to all of the off-the-field activities, both teams wore “Boston” across their chests, with throwback uniforms that dated back to the years when both teams got their respective nicknames.8

The Braves’ return wasn’t the only story going into the game. Despite a lackluster season up to that point for the Red Sox, shortstop Nomar Garciaparra was in the midst of not only a stellar rookie year, but also a 29-game hit streak, chasing the Red Sox record of 34 games set by Dominic DiMaggio in 1949.9

The Braves took a 1-0 lead on Fred McGriff’s home run in the second inning. Atlanta pitcher John Smoltz told the Globe wearing the throwback “Boston” uniform made him feel “awkward.” Smoltz said, “It took some getting used to with Boston on your chest. … It kind of takes you back to what it was like way back when.”10 Any awkwardness with the uniform didn’t show as he gave up just four hits while striking out nine over seven innings.

Garciaparra flied out to right field in the first, but didn’t wait long to extend his streak to 30 games. He received a standing ovation after an infield hit off Smoltz in the bottom of the third inning and added another infield hit in the eighth.11

The Braves offense was just as impressive as their pitching, with 16 hits, including two home runs (by McGriff and Greg Colbrumm) and three doubles, and a stolen base. Red Sox starter Aaron Sele was pulled after 5⅓ innings as he and reliever Joe Hudson gave up four runs in the sixth inning to make the score 5-0. Sox pitchers Ron Mahay and Mark Brandenburg didn’t fare much better, giving up another four runs in the seventh and eighth innings to make it 9-0 going into the bottom of the ninth. Red Sox DH Reggie Jefferson hit a leadoff home run that inning to make it 9-1, the final score.

Red Sox slugger Mo Vaughn, who struggled at the plate and was booed after not fielding two balls cleanly, praised the Braves for their play. “Everybody in their clubhouse ought to be thrilled to put on a Braves uniform and being a part of that,” Vaughn said. “That doesn’t come around too often. You got young guys over there who have been in the World Series two or three times already.” He may have let some of his frustration with the Red Sox’ current state slip, adding, “Every player on every team looks to get on that one team that takes care of business up and down.”12

The big Atlanta win may have reinforced for Braves fans in New England the opinion that the wrong team left Boston all those years ago.13 The struggling Red Sox of the ’90s were still beloved, but how could Boston fans not have considered what could have been if Hank Aaron, Tom Glavine, and Greg Maddux had all become hometown heroes. It helps to return to your former home in the midst of a decade-long dynasty in order to ingratiate yourself with former fans. As Boston Globe columnist Dan Shaughnessy wrote in his front-page column the next day, “In baseball, sometimes you can go home again.”14

1 The charity was the Jimmy Fund, which was begun by the Braves in 1948 to fight cancer in children. When the Braves left Boston, the Red Sox took over sponsorship of the charity.