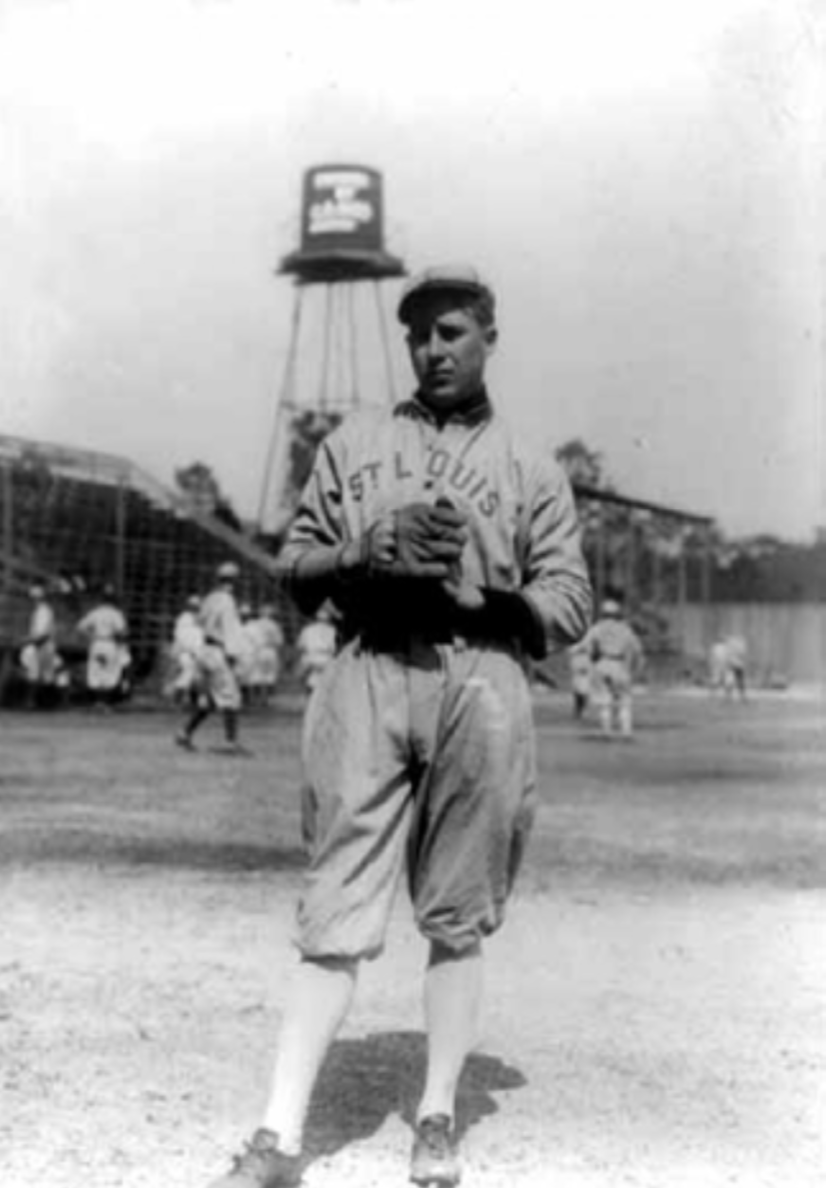 The Detroit Tigers played in Bennett Field in 1911. Immediately after the last game of the 1911 season, the small wooden structure was demolished and replaced with a $300,000 steel and concrete ballpark named Navin Field after the club’s owner, Frank Navin. Navin Field officially opened its doors to Tigers fans on April 20, 1912.1

Given the fact that Navin Field had been open for less than four months, it could easily be assumed that visiting pitcher Earl Hamilton’s gem on August 30 was the first no-hitter thrown at Navin Field. However, this honor went to the Tigers’ George Mullin. Mullin, who recorded 209 victories for the Tigers in 12 years with the club, celebrated his 32nd birthday by pitching a no-hitter during the second game of a doubleheader against the St. Louis Browns on July 4, 1912. The Browns returned to Detroit on August 30 and Hamilton tossed the second no-hitter in Navin Field history. Though the two games were separated by 57 days of travel and baseball, they were consecutive games in the season series between the Tigers and Browns.

Although Navin Field was constructed with a capacity of 23,000 to accommodate the growing numbers of fans, only 2,150 spectators were on hand on the 30th. Unseasonably cool temperatures and a matchup between two second-division clubs may have kept some fans away. The temperature in Detroit that Friday afternoon topped out at 70 degrees2 and the fifth-place Tigers and last-place Browns entered the game 29 and 45 games off the pace respectively.

Earl Hamilton entered the game with an 8-11 mark for the Browns, managed by George Stovall. He was opposed by the Tigers’ Jean Dubuc, who brought a record of 16-8 into the tilt. A native of Vermont, Dubuc was enjoying run support from his teammates to the tune of 5.65 runs per nine innings and on his way to a career-best 17-10 mark. The right-hander pitched for the Cincinnati Reds, Detroit Tigers, Boston Red Sox, and New York Giants during a nine-year major-league career and finished with record of 84-76 with a 3.04 ERA.

The Browns jumped on the Tigers’ Dubuc quickly. With one out in the top of the first, left fielder Pete Compton reached on a hit and came around to score on right fielder Gus Williams’s double to stake Hamilton to a 1-0 lead. The Browns added a pair of runs in the third and another in the fourth to take a 4-0 lead.

Hamilton walked two batters in the game. Hughie Jennings’ Tigers managed to scratch out a fourth-inning run without the benefit of a hit when Ty Cobb walked and raced around to third, ahead of the relay throw, when Browns rookie second baseman Del Pratt booted Sam Crawford’s groundball. Third baseman Jimmy Austin alertly threw the ball to second in an attempt to catch the trailing Crawford while the ever-aggressive Cobb took off for home. Cobb slid safely around Walter Alexander’s tag.3 The Grand Rapids Press headlined its brief story, “Cobb’s Daring Dash Prevents a Shutout.”4

Hamilton continued to baffle the Tigers with his fine control, puzzling delivery, and excellent curveball. He also was the benefactor of strong defensive play behind him. Center fielder Burt Shotton made two fine catches and shortstop Heine Smoyer and Austin “on more than one occasion made splendid stops and throws” on difficult drives.5

After Hamilton retired Donie Bush and Cobb to start the bottom of the ninth, only Crawford stood between him and baseball immortality. The Tigers’ future Hall of Famer came to the plate and laced a liner to left field. Fortunately for Hamilton, Browns left fielder Pete Compton was able to catch up to it and haul it in to preserve the first no-hitter in St. Louis Browns history.6

Hamilton, who came from Oswego, Kansas (only about “a score of miles from the home of the great Walter Johnson”), was 21 years old.7 In 1 hour and 35 minutes he was the first to prove that on any given day, if all things are in alignment and the breaks go your way, it is possible to pitch a no-hitter without striking out a single batter. While numerous pitchers have thrown no-hitters with modest strikeout totals, only two duplicated Hamilton’s feat of pitching a no-hitter without fanning a single batter.8

Hamilton’s career statistics suggest he was a good candidate to potentially throw a no-strikeout no-hitter. Eight years later, in 1920 as a member of the Pittsburgh Pirates, he struck out only one man while throwing 16 shutout innings in a game against the New York Giants.9 For his entire career, Hamilton averaged only 3.03 strikeouts per nine innings. However, a closer examination of his 1912 statistics suggests he may not have been the most likely candidate. Hamilton finished the season sixth in the American League with 139 strikeouts, an average of 5.01 K’s per nine innings.

8 The two are by Sad Sam Jones of the New York Yankees against the Athletics at Shibe Park, Philadelphia, on September 4, 1923, and Ken Holtzman of the Chicago Cubs on August 19, 1969, against the Atlanta Braves at Wrigley Field, Chicago.

9 In the 17th inning, he collapsed, giving up seven earned runs and losing the game.