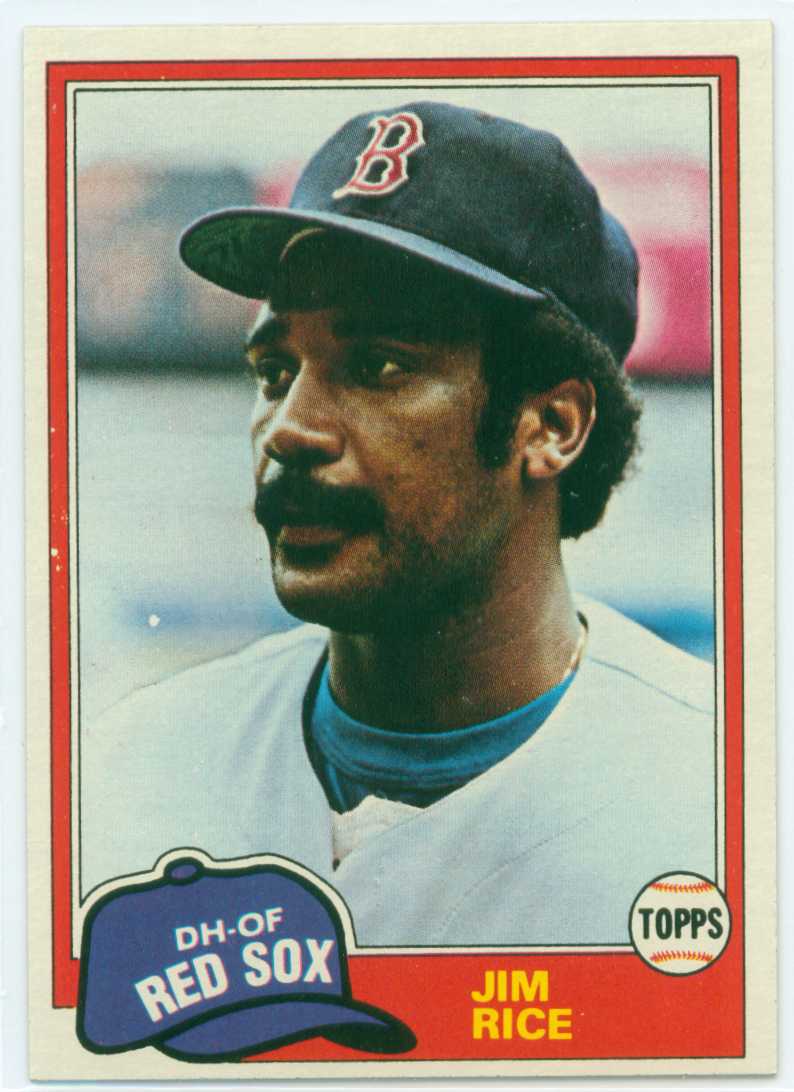 Fenway Park was in its 71st season on August 7, 1982 when the Red Sox took on the White Sox on a very pleasant summer afternoon. Built on an irregular-shaped parcel of land, the seats are close to the action on the playing field. Several renovations over the years added additional seating to accommodate demand and increase revenues. This brought fans in the box seats even closer to the action. The intimacy of watching a game at Fenway, obstructed views and small seats notwithstanding, are why it is a favorite amongst baseball fans everywhere, regardless of team allegiance.

Coming into the game, the Red Sox were in second place in the American League East division, just 2 1/2 games behind the Milwaukee Brewers. The White Sox were in third place in the American League West, 4 1/2 games behind the front-running Kansas City Royals. It promised to be an interesting game, with each team looking to climb closer to their respective division leaders.

“Baseball is an inherently dangerous game.” Fans hear that statement before each Major League Baseball game. At Fenway Park, foul balls can get into the seating area extremely quickly due to the proximity, so it behooves fans, especially those in the box seats not protected by netting, to pay constant attention to the game.

In the second row of seats just to the home plate side of the Red Sox dugout, Tom Keane and his sons Jonathan, 4, and Matthew, 2, were taking in the game. Keane had gotten the tickets through a friend who knew Red Sox Executive Vice President Haywood Sullivan. Keane’s son Jonathan was delighting in watching Stapleton, his favorite player.

Tom Keane heard a loud crack, thinking the ball had hit the side of the dugout. When he looked at his son Jonathan, he saw blood streaming from his head, the ball having struck him squarely over his left eye, fracturing his skull.

Hearing the reaction of the crowd, center fielder Rick Miller, waiting at the edge of the dugout for his turn at bat, jumped out to see what had happened. Upon seeing the injured boy, he immediately called for Red Sox trainer Charlie Moss. As Moss started to head out of the dugout, Jim Rice quickly raced past him and jumped into the stands. Rice picked up the boy and headed to the Red Sox clubhouse, where team physician Arthur Pappas had just arrived from his box seat. Pappas quickly evaluated the child’s injury and placed him into the ambulance that is on stand-by at all Red Sox home games.

Within a few minutes, Jonathan was on the operating table at Children’s Hospital of Boston, where surgery to relieve pressure on his brain was performed. After less than a week, he was released from the hospital. Follow-up tests two years later showed that everything was normal.

“It was just a reaction. You don’t have time to think about it. You just think about doing something. If it was your kid, what would you do?”2 said Rice.

The following day, Dave Stapleton visited Jonathan at the hospital. He was followed by then White Sox manager Tony La Russa. Since the game was an NBC Game of the Week, Jonathan’s injury and Rice’s reaction to it, were seen by people around the country. Home run king Hank Aaron, who had been inducted into the National Baseball Hall of Fame just six days earlier, even called to check on Jonathan’s condition.

Despite the apparent horrific injury, Jonathan recovered quickly and was at Opening Day in 1983. The original plan for the day was to have Carl Yastrzemski Sr. throw out the first pitch, as his son was beginning the final season of his career. But Haywood Sullivan, who indirectly provided the tickets to the game at which Jonathan was injured, called the Keanes and offered Jonathan the chance to also throw a first pitch, which he accepted.

Jonathan went on to attend North Carolina State, graduating with a degree in business, marketing, and finance. The only lasting impact from the injury is a small scar above his left eye.

Nearly 27 years after that game, ahead of Jim Rice’s induction into the Hall of Fame, ESPN interviewed Jonathan and his dad. Remembering Rice’s reputation as being somewhat stand-offish with the media, ESPN figured Rice would decline an interview request. Instead, according to Tom Keane, Rice replied, “I’ll give you all the time you want. The most memorable moment in my baseball career was pulling the kid out of the stands of Fenway that day.”3

The box score shows Jim Rice went 1-for-4 with two RBIs on August 7, 1982. Despite the fact that the Red Sox lost the game, no one would argue that he shouldn’t have been credited with a save, as well.