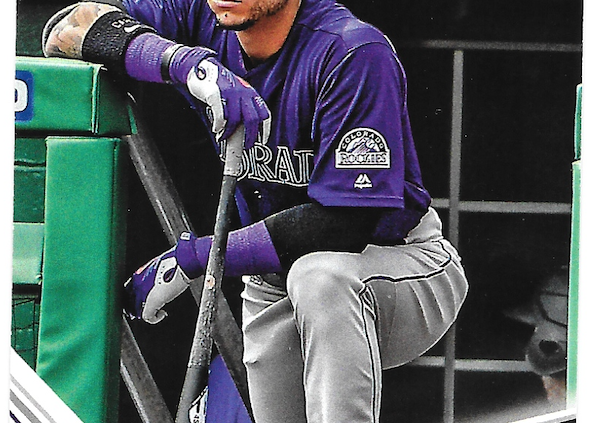 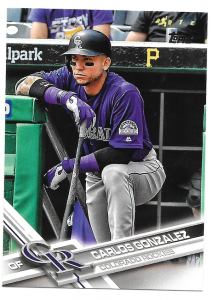 The Arizona Diamondbacks came into the second game of a three-game series with the Colorado Rockies at Coors Field brimming with confidence. After all, dating back to 2017, the Diamondbacks had won nine straight games at Coors.

Helped by this dominance, Arizona came into the contest leading the National League West with a record of 51-42. The Rockies meanwhile were in fourth place, 4½ games behind the Diamondbacks with a middling record of 46-45.

Starting for the Rockies was rising star, German Marquez, a right-hander who came into the game with a record of 7-8 and an ERA of 4.92; but his ERA at Coors Field was an ugly 7.93. His opposition on the mound was right-hander Shelby Miller, bringing in an 0-3 with an ERA of 9.00. A reason for Miller’s less-than-stellar results could have been his recent recovery from Tommy John surgery performed on May 10, 2017.1

The Diamondbacks were looking forward to facing Marquez. They came into the game with a .278 lifetime average (49-for-176) against him. In particular, Paul Goldschmidt was looking forward to the matchup because he was 8-for-15 with four home runs versus the Venezuelan right-hander.

First baseman Goldschmidt did not disappoint Diamondbacks fans as he homered to deep left-center in the top of the first to give the visitors a 1-0 lead.

To say that would be the high point of the night for the Diamondbacks would be an understatement of epic proportions. The Rockies went on to score 19 unanswered runs before Arizona bookended its single tally with its second and last run in the top of the sixth inning, making the final score 19-2.

It took Miller 37 pitches to get through his first and only inning. It started innocently enough with a walk to DJ LeMahieu. Ian Desmond capped the five-run inning with a 472-foot three-run homer that landed on the concourse down the left-field line.

Elbow tightness ended Miller’s abbreviated start. Starting the second inning for Arizona was lefty Jorge de La Rosa. De La Rosa, who (as of 2019) was the Rockies’ all-time wins leader with 86, fared no better than Miller. He surrendered seven runs in 1⅔ innings. Among the seven runs was a home run by Carlos Gonzalez, originally signed by the Diamondbacks.

The game went from the sublime to the ridiculous. The Rockies added three runs in the third inning and six more in the fourth. In the fourth inning Arizona manager Torey Lovullo summoned second baseman Daniel Descalso to pitch. It was the earliest a position player had been brought in to pitch since Sal Bando did it for the Milwaukee Brewers on August 29, 1979, also in the fourth inning.2

Descalso gave up a run-scoring single to Nolan Arenado and then a three-run homer to Carlos Gonzalez, but it was the last, and 19th, run that put a historic mark on this game. Descalso served up a home run to pitcher Marquez in the fifth inning. It was just the second time in the expansion era (since 1961) that a pitcher hit a home run off a position player. According to the Elias Sports Bureau, the last time a pitcher homered off a position player was on June 23, 1986, when the Giants’ Mike LaCoss went deep off the Padres’ Dane Iorg at Candlestick Park in San Francisco.

There was no shame to give up the gopher ball to Marquez. Though it was his first major-league homer, he went on to win the 2018 Silver Slugger Award for pitchers. He finished the season with a .300 batting average (in 60 at-bats) with that one home run and a total of five RBIs.

“It was just a matter of time for (Marquez) to hit a home run,” Arenado said. “Descalso’s only throwing like 50 miles per hour, but you watch (Marquez) batting practice and he has ridiculous power. He launches the ball out of the ballpark.” Marquez said, “I’d be lying to you if I didn’t say sometimes, ‘I gotta go yard at some point’ and I’m glad it happened tonight.”3

Diamondbacks catcher Alex Avila followed Descalso in to pitch. He hurled two scoreless innings, giving up only a scratch single to Desmond leading off the seventh inning.

Some other interesting statistics from this 92-degree Wednesday-night rout: Three Rockies players scored four runs each, LeMahieu, Charlie Blackmon, and Gonzalez. Gonzalez had two homers and six RBIs and Desmond chipped in with a home run and five RBIs.

The Rockies had 19 hits to six for the Diamondbacks.

Marquez got the win and Miller’s five-run first inning required him to bear the loss. The game lasted 3:05 before 33,919 spectators.

Earlier that evening, the Cleveland Indians jumped out to a 17-0 lead against the Cincinnati Reds en route to a 19-4 victory. As of 2019 it was the only time in major-league history that multiple teams had a 17-run lead on the same day.4

In addition to the sources cited in the Notes, the author consulted Baseball-Reference.com and MLB.com.