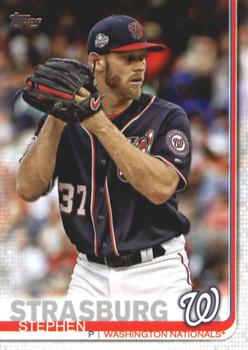 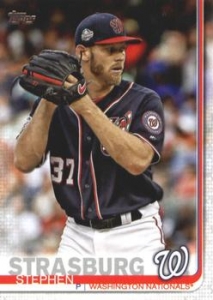 If you came to the ballpark hoping to see something you hadn’t seen before, then this was the right game. Position player pitching? Check. Pitcher hitting a home run? Check. Pitcher with two hits in an inning? Check. Fan interference? Dancing in the dugout? Overturned call on replay review? Triples? Stolen bases? Double plays? Bases-loaded walk? Yep, those all happened. About all that was missing were a balk and an ejection.

The Nationals (50-44), 6½ games back of the 58-39 Braves, were visiting Atlanta for a four-game series. The Nationals were hoping to gain ground on their NL East rivals, while the Braves were planning to squelch any thoughts of the Nationals taking over the division lead.

Rookie Kyle Wright (0-2, 7.07 ERA) was pitching for Atlanta. He made the Opening Day roster but was sent down after three starts. He had been pitching well enough in Triple A to merit another call-up (4-0, 1.99 ERA over his last five starts). Trea Turner greeted him with a base hit to center (not surprising given he was 11-for-24 against Atlanta). Knowing Turner’s 18-for-21 stolen-base record, Wright tried several pickoff attempts, but Turner stole second while Adam Eaton struck out. The infield dirt was unusually wet from the earlier rain so the usual post-steal attempts to brush off dirt were futile. All-Star1 Anthony Rendon singled, but Turner advanced only to third, knowing Nick Markakis’s arm strength in right. Wright escaped the inning when Juan Soto grounded into a double play to kill the Nationals’ scoring opportunity.

Stephen Strasburg (11-4, 3.46 ERA) also started his outing by allowing a single to the leadoff hitter, Ronald Acuña Jr.. Dansby Swanson was Strasburg’s first strikeout. Acuña also stole second, so he was in position to score when Freddie Freeman singled, putting Atlanta up, 1-0. Josh Donaldson was Strasburg’s next strikeout victim. Markakis came to the plate and tapped Nationals catcher Kurt Suzuki’s shin guards to greet him since Suzuki had been a popular catcher in Atlanta the last two years. Friendship only goes so far, though: Markakis hit a line drive over Turner’s head, allowing Freeman to take third. Strasburg got the third out of the inning when he struck out Ozzie Albies, but his pitch count was already at 32 and he was really sweating in the 77 percent humidity.

All Wright allowed in the top of the second was Brian Dozier’s single. Strasburg had a much more efficient frame than his first, needing only 11 pitches for three outs, including two more strikeouts.

Strasburg led off the third, singling up the center. After Turner struck out, Eaton hit a line drive into left. Acuña dove for the ball but missed: Strasburg scored from first as the ball rolled to the fence. Eaton was credited with a triple. He scored easily when Rendon doubled off the side of Ender Inciarte’s glove at the center-field fence,2 giving the Nationals a 2-1 lead. After Wright walked Soto, Atlanta pitching coach Rick Kranitz paid a mound visit. That helped at least temporarily: Ryan Zimmerman struck out swinging. The reprieve didn’t last: First a wild pitch thrown behind Suzuki advanced the runners, then Wright walked Suzuki on four pitches to load the bases. When he threw a first-pitch ball to Dozier, catcher Brian McCann tried another mound visit. That didn’t help at all — he walked in a run: 3-1, Nationals. Victor Robles fouled off several pitches, then hit a line drive over the third-base bag that landed just fair. The ball bounced into the stands, where a fan attempted (and failed) to catch it. It was scored a ground-rule double/fan interference, so although the ball was on the field, Acuña could not attempt to throw anyone out: 5-1, Nationals as two runs scored. That was all for Wright: Atlanta manager Brian Snitker called on Touki Toussaint to face Strasburg, who was batting for the second time in the inning. Strasburg found the second pitch to his liking,3 hitting a three-run homer over the bullpen: 8-1, Nationals. It was his fourth career home run. On his return to the dugout Strasburg, somewhat to his dismay, had to dance through the dugout conga line like any other 2019 Nationals player who homered.4 Turner lined out to center for the third out. Strasburg’s busy top of the inning didn’t appear to affect his pitching: He worked another one-two-three bottom of the third.

Toussaint stabilized in the fourth, allowing only a walk to Soto. The Braves had runners on second and third after a successful challenge by Snitker, converting an inning-ending double play into a just a force out at second. They were unable to capitalize: Inciarte grounded out to first.

The Nationals continued scoring in the fifth. After Suzuki lined out and Dozier walked, Robles bounced one up the third-base line, taking second on a bad throw to first. Both runners scored on Strasburg’s single: 10-1, Nationals. The Nationals loaded the bases but Soto struck out.

Johan Camargo, pinch-hitting for Toussaint, singled over Turner. Acuña hit a liner right to Strasburg, allowing him to double Camargo off first. Swanson grounded slowly toward Rendon, beating the throw to first for an infield hit, but Freeman popped out to end the inning.

Zimmerman opened the sixth by doubling off Sean Newcomb, the third Atlanta pitcher, but nothing more for the Nationals. Strasburg walked Donaldson, then struck out Markakis. Albies shot one down the first-base line for a triple, scoring Donaldson. McCann followed with a long single off the right-field wall, scoring Albies. That ended Strasburg’s night at 106 pitches, three runs allowed, 3-for-3 with five RBIs. Matt Grace struck out Inciarte and induced a Camargo groundout with the score 10-3, Nationals.

In the seventh Jerry Blevins faced pinch-hitter Howie Kendrick, who grounded out to third. Blevins was the first (and only) Braves pitcher to not allow a hit to the first batter he faced. He finished his relief appearance with a groundout and a strikeout. Tanner Rainey struck out the side in the bottom of the frame.

The Nationals scored three more in the top of the eighth off A.J. Minter. Tony “Two-Bags” Rendon doubled again and Soto walked. Zimmerman doubled off the top of the padding in right, Suzuki hit a sacrifice fly and Dozier singled: 13-3, Nationals. Minter finally got out of the inning when Robles lined out and pinch-hitter Matt Adams struck out. Kyle McGowin allowed a one-out home run to Markakis in the bottom of the eighth, bringing the score to the final 13-4, Nationals.

Given the state of the game, it was not surprising to see utility player Charlie Culberson take the mound for his second pitching appearance of the season5 with the crowd cheering every strike. His 0.00 ERA remained unsullied: Although Turner doubled off the wall (continuing the “first batter gets a hit” trend), Culberson got three outs without allowing him to score. McGowin continued pitching for the Nationals, allowing only a double to Camargo. Culberson was the last batter of the game, coming to the plate to cheers from the remainder of the 39,363 Atlanta fans. He grounded out.

This was the Nationals’ fifth win in a row in Atlanta (going back to the 2018 season) while outscoring them 45-17. That trend did not continue: The overall season record between the two teams finished at 11-8, Atlanta.

Although the Nationals won this game, bringing themselves a game closer to Atlanta, they split the four-game series, leaving them still 6½ games behind when they left town. They never did catch the Braves, finishing at 93-69, four games back. However, they did earn a wild-card spot and eventually the World Series (with Strasburg as the MVP). The Braves had to settle for the NL East Division title: They lost to the Cardinals in the Division Series.

1 He did not actually attend the All-Star Game, choosing to rest instead.

2 This was Inciarte’s first game back after two months on the injured list.

5 He had one pitching appearance in 2018 as well, allowing one run in one inning for an ERA of 9.00. He had not pitched in the minor leagues.