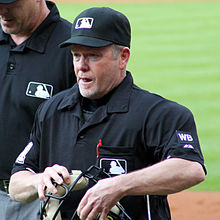 When a team goes through a two-decade slide like the one the Pirates endured starting in 1993, the seemingly never-ending string of thrashings can run together as a whirlwind of despair in a fan’s mind. Still, in this plethora of defeats, some losses carry a much greater sting than do others. After a miserable 2010 campaign, when the team lost 105 games (their worst record since 1952), the website UnNews, which refers to itself as “the mother ship of amateur comedy writing,” actually took note of the excruciating calamity playing out in PNC Park by arguing that rather than suffer through what could only be a miserable 2011, management instead had concluded that it was best if the “Pittsburgh Pirates Forfeit Season.”1 Proving that UnNews should stick to comedic scripting and not baseball prognostication, however, it was good that the season was not canceled, as the Pirates’ ship actually seemed to be heading in the right direction in 2011.

Indeed, very positive manifestations occurred that year: For example, the team was over .500 at the All-Star break for the first time since 1992; on June 24, after beating the Boston Red Sox, 3-1, the Pirates were 38-37, the latest they had been above breakeven since 1999; and, further whetting the hopes of long-suffering aficionados, the Pirates actually sat atop the NL Central on July 15, 19 and (unfortunately) one final time, on July 25 (actually, a first-place tie with St. Louis with a record of 53-47, but we’ll take what we can get, right?).2 Then came the second game of a four-game set with the Atlanta Braves (of course, it had to be) at Ted Turner Field on July 26. After what can only be termed one of the most heartbreaking defeats in team history, Pittsburgh was not the same and staggered through a 19-43 record over the last 62 games of the season to finish 72-90, the Pirates’ 19th consecutive losing campaign. Defeat number 82 took place on September 14 (in game 149 of the season), at the hands of the Cardinals, 3-2.

Overall, from an offensive perspective, this team was not vastly improved over the previous edition of the club. While in 2010 the Pirates hit a paltry .242, the following season that mark improved to just .253 (nonpitcher totals, .244 with the pitchers added in); ranking number 12 in the NL. The number of runs scored increased slightly, from 587 to 610 (3.77 per contest – number 14 in the NL), while the 57-win squad had tallied only 3.62 runs per outing (dead last in the circuit). The major difference was in the pitching, which, though not spectacular by any stretch of the imagination, was substantively better. In 2010 team ERA was 5.00 (866 runs allowed), in the following year it dropped to 4.04 (with 712 runs allowed). Three starters actually finished with ERAs below the staff average: Charlie Morton (who finished 10-10 with a 3.83); Paul Maholm (who finished 6-14 with a 3.66); and Jeff Karstens (who finished 9-9 with a 3.38). The star hurler was closer Joel Hanrahan, who compiled a 1-4 mark, but with 40 saves and an ERA of 1.83.

Heading into Atlanta, the Pirates had just finished a home series against St. Louis, winning the final contest in the three-game set, 4-3 in 10 innings before 35,402 hometown fans. The July 25 game against the Braves would be the first of a seven-contest road trip. (The next stop would be Philadelphia.) Things started well, as Pittsburgh was triumphant over the Braves on an ESPN national television feed, 3-1, with James McDonald hurling 5⅓ innings and scattering eight hits without allowing a run, and Joel Hanrahan chalking up his 29th save with a three-up, three-down bottom of the ninth.

The starters for the next game were Jeff Karstens for Pittsburgh and Tommy Hanson for the Braves. The official attendance at the start of what would become a 6-hour 39-minute marathon was 22,036; few were left to witness the climax. Right from the start, the Pirates seemed to be picking up where they had left off on the previous day. The leadoff hitter, left fielder Xavier Paul, singled and stole second. As Garrett Jones grounded out, Paul took third, and then he scored on a triple by Neil Walker. Andrew McCutchen flied out, and Pedro Alvarez singled to drive in Walker. Lyle Overbay then lined out to end the Pittsburgh half of the frame. Karsten, staked to an early 2-0 lead, had some troubles in the bottom of the first, walking former Pirate Nate McLouth, who stole second and made it to third on an error by catcher Michael McKenry. The Pirates starter then shut down the threat, inducing Martin Prado to pop out, striking out Brian McCann, and getting Freddie Freeman on a fly ball to deep center.

The Pirates scored again in the second on a one-out, bases-empty home run by McKenry. This made the score 3-0, and would be the final tally for the Pirates over the next 17 frames. Meanwhile, the Braves tied the score in the bottom of the third as they scored three times after two were out. The rally commenced with singles by McCann, Freeman, and Dan Uggla. This plated McCann and sent Freeman to second. Next, Eric Hinske walked to load the bases. Jason Heyward then singled home Freeman and Uggla to knot the score at 3-3. Julio Lugo grounded out to end the inning.

In games like this, there are always moments when a team looks back at missed opportunities. The Pirates had several in regulation: leaving runners stranded in the fourth, fifth (two in this frame), sixth, and ninth. The Braves did not fare much better, leaving the bases loaded in the sixth. After the sixth inning, both starters were gone, and the contest became a battle of the bullpens. For the Pirates, the combination of Tony Watson, Joe Beimel, Jose Veras, Chris Resop, and Jason Grilli  went eight innings and surrendered only six hits. Daniel McCutchen entered in the bottom of inning 14 and hurled the final 5⅓ frames. Starting in the first extra inning, both squads squandered myriad chances to claim the victory. The Pirates left runners on in innings 10 (two), 13, 14, 16, 17 (two), and 18 (two). Meanwhile, Atlanta stranded teammates in the following at-bats: 11 (two), 12 (bases loaded), 13 (two), 15, 16, 17, and 18 (two). Neither side could get the clutch hit necessary to score the tiebreaking tally.

In the top of frame 19, the Pirates went down in order. Then, the Braves “scored” in the bottom of the inning to claim victory. Heyward grounded out, Lugo walked and Jordan Schafer singled. Lugo took third and Schafer advanced to second on defensive indifference. Pitcher Scott Proctor then hit into what is officially recorded as a fielder’s choice. Lugo headed home from third and the throw to McKendry at the plate arrived in plenty of time to nail the runner. McKendry swept a tag across Lugo, and then … the unimaginable happened. Home-plate umpire Jerry Meals inexplicably called Lugo safe. The replay showed (clearly!) that McKendry tagged Lugo not once, but twice before the Braves shortstop touched home plate.

The following days brought numerous discussions about how Meals had blown the call, and MLB also weighed in to acknowledge that the call was “incorrect.” In the “too bad, so sad” moment for the Pirates, MLB’s vice president for baseball operations, Joe Torre, noted that “no one feels worse than (Meals).”3 Well, this was certainly debatable.

The Pirates were five games above .500 and would go on to finish 18 games below breakeven after the horrible call by Meals. Although there were many “let’s move on” and “tomorrow is another day” quotes, the season, it seemed, turned on that one miserable call. Manager Clint Hurdle tried to rally his troops, but the damage carried on into 2012. With a motto of “Finish” as their theme, the following year’s version of the Bucs were on the verge of breaking “the streak,” coasting along with a 63-47 mark as late as August 8. Painfully, that club would, like the 2011 version, collapse and end 79-83 (16-36 over the final 52 games), thereby extending the misery of Pirate fans for a 20th campaign.

In addition to the sources noted in the Notes, the author also used information from SABR.org, Retrosheet.org, and Baseball-Reference.com.