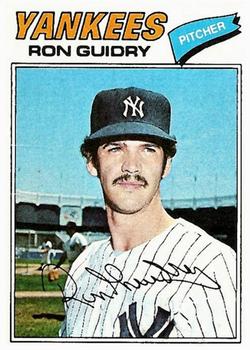 With a six-hitter in which he walked just one, Roger Moret pitched his only shutout of the 1975 season as the Red Sox “added insult to injury with a 6-0 success in the nightcap”1 to complete a double-shutout sweep of a doubleheader, the first one suffered by New York since June 15, 1958, against Detroit.2

Second-year New York pitcher Tippy Martinez would pitch in more than 500 American League games, but would start (and lose) just two of them (both in 1975), with this game against Boston representing his first such effort. Martinez struggled immediately in yielding a double to designated hitter Juan Beniquez followed by a walk to second baseman Doug Griffin. After a Carl Yastrzemski grounder to Chris Chambliss advanced both runners, a single by Jim Rice drove in the game’s first run and gave Moret all the support that he would need.

Desperate for offense, the Yankees almost tied the game in the bottom of the frame thanks to some daring baserunning by Bonds. After singling, he raced from first to third on a groundout by designated hitter Walt Williams. (Both teams used different DHs in the two games but kept them in the same spots in the batting order.) Bonds failed to score, however, as Roy White fanned and Thurman Munson skied out to Fred Lynn.

The Red Sox rallied for two more runs in the third thanks to a homer by Yaz and a Carlton Fisk sacrifice fly. Boston knocked out Martinez in the fourth on an RBI double by Griffin. Rice then greeted reliever Dick Tidrow with a run-scoring double of his own.

The Red Sox concluded the scoring in the seventh with consecutive hits by star rookies Rice (a single) and Lynn (a double).

Boston beat New York 6-0, but a little-noticed substitution for New York heralded a future shift in the ongoing AL rivalry. In the eighth inning, a 24-year-old lefty made his major-league debut. Although Ron Guidry immediately gave up a single to Denny Doyle, he retired Yastrzemski on a liner to left and chalked up his first major-league strikeout, getting Rice, who had four hits so far, to go down looking. In the top of the ninth, Guidry yielded a double to Lynn and a single to Fisk but escaped with consecutive strikeouts and a fly out.

The last gasp for the Yankees came in the ninth. Williams and White started with singles, but Munson grounded into a 5-4-3 double play. After Lou Piniella lined to right, the Sox “had finished taking three out of four games in the series and, for all intents and purposes, buried the New Yorkers, some 10 games back of the Sox.”3

Yankee fans did not react to the “inglorious”4 sweep quietly: “Amidst endless brawls [in the stands], the throwing of beer and garbage and an echo of boos for everyone from [New York manager] Bill Virdon to [Jim] Mason, no one noticed Moret. All he did was get his seventh win in eight decisions, overpowering the Yankees. …”5

The margin between the two clubs would not drop below 8½ games over the rest of the 1975 season. Three years to the day later, Catfish Hunter, the 1975 game-one loser, would suffer a 17-5 loss to Cleveland that left New York eight games behind Boston, a margin that would not hold this time thanks in large part to the efforts of Guidry, whose 1975 debut at the end of a one-sided doubleheader left little hint of the impact he would ultimately have on the storied history of Red Sox-Yankees clashes.