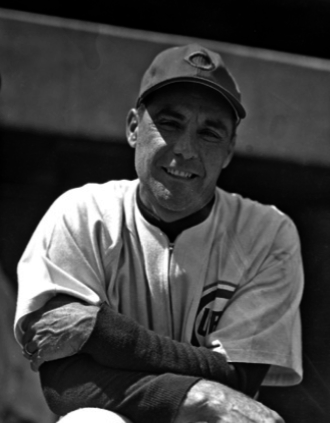 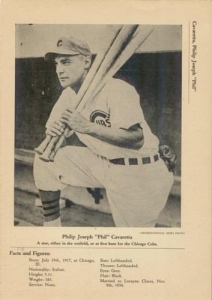 As 6,000 faithful fans filed into Braves Field for a 2:30 P.M. game the day before the Fourth of July, they were, according to one Chicago baseball pundit, “downright giddy over their three game sweep over the Cards last weekend.” The fans would have fireworks a day early but not in the format they might prefer. The pundit described the fray as a beating “so brutal.”1

The Braves were in a pack of five teams vying to catch the league-leading Brooklyn Dodgers. In fact, five teams were not far from the leader. The Braves were tied for fourth with the Pittsburgh Pirates at 6½ games back. Their opponents for the day, the Cubs, were five games off the pace. The fans also wanted to see their idol, Tommy Holmes, in action. He was only six games from setting a National League record for hits in consecutive games. He would be facing Claude Passeau, the last pitcher who held him hitless, back on June 3. Holmes had since hit in 28 straight games. He was also in the thick of the hunt for the Triple Crown.

The starting battery for the visitors was 36-year-old Passeau and catcher Mickey Livingston. For the home team it was right-hander Nate Andrews and Stu Hofferth. Passeau was a dependable right-handed hurler, a three-time All-Star with respectable credentials. He was in his 11th major-league season, his seventh with the Cubs. His signature pitch was a high, sailing heater. Livingston was a journeyman catcher in his fifth major-league season. Andrews was a hard-luck pitcher who in 1943 lost 20 games in spite of an ERA of 2.57, but won 16 and was an All-Star in 1944. He was on his third team in his seventh season. Hofferth was a second-year backup catcher with poor hitting credentials. He was a wartime fill-in who would be out of the majors in 1947.

The records for this game are spotty. Many actions are not documented in the records thus far available. Because of these omissions, inning-by-inning accounts are limited.

The Cubs opened with three first-inning runs by virtue of some solid help from the Braves. Stan Hack,2 a quintessential leadoff batter, walked and was ultimately driven in by a single off the bat of Phil Cavaretta. Errors by second-sacker Whitey Wietelmann and catcher Hofferth helped give the Cubs two unearned runs. In their half of the inning the Braves did not muster a run. Cubs 3, Braves 0.

In the second the Cubs were silent, but the two erring Braves got some redemption. Hofferth doubled and Wietelmann singled him home. Cubs 3, Braves 1.

In the third the Cubs added a run on a pair of doubles, one to left by second baseman Don “Pep” Johnson and one to right by right fielder Bill Nicholson. Cubs 4, Braves 1.

In the fourth the Cubs lit things up with a five-run burst. The Braves made a defensive change, replacing the venerable Joe “ Ducky” Medwick with Bill Ramsey in left field. The Cubs collected five runs on seven hits. Livingston hit the only home run of the day. Cavaretta contributed a double and five others supplied singles. With two out and five runs in, Braves manager Bob Coleman replaced Andrews with Ira Hutchinson, who finished the inning unscathed. The Braves were three up and three down. Cubs 9, Braves 1.

In the top of the fifth the Cubs went down in order. It was their last scoreless inning of the day. The Braves failed to score in their half.

In the sixth, the first five Cubs batters got hits, among them doubles by Johnson, Andy Pafko, and Peanuts Lowrey. After that barrage, which produced three runs, manager Coleman sent Hutchinson to the showers. He replaced him with Al Javery, who contained the Cubs for the remainder of the frame. In their half the Braves scored their last run of the game on a fly ball by center fielder Carden Gillenwater, who drove in Tommy Holmes with his 35th RBI of the year. Cubs 12, Braves 2.

In top of the seventh the first seven Cubs batters produced four runs on four hits, two walks, and a fly ball. Johnson had the fly ball, Cavaretta singled in a run, and Lowery’s single drove in two mates. Coleman made yet another pitching change. Javery exited and Joe Heving entered. He managed to stop the bloodletting for the rest of the inning, with timely help from left fielder Ramsey, who threw out Pafko trying to score from second on a single by Nicholson. All three Braves hitters failed to reach first safely. Cubs 16, Braves 2.

The Cubs continued to eat away at Boston’s pitching in the eighth. They loaded the bases on a walk to Hack, a single by Johnson, and a hit batsman, Nicholson. Cavaretta forced Nicholson while Hack scored. Pafko singled Johnson home. The Braves put Holmes and Ramsey aboard via back-to-back singles, but they were stranded. Cubs 18, Braves 2.

Apparently, the Cubs were not mercy-minded. In the ninth inning, like the grand finale of a fireworks display, they punctuated their day’s success with their most productive frame. To rest the balance of the pitching staff, Coleman moved Wietelmann from second base to the mound. It was the only inning Wietelmann pitched all season.3 Frank Drews replaced him at second.

The Cubs sent 11 batters to the plate. Wietelmann yielded a walk to Livingston, the first batter he faced. Lennie Merullo, up second, was out due to an unknown play. The next three batters singled before Nicholson made the second out on a fly to center. Cavaretta and Pafko singled and Lowery walked. Livingston batted for the second time in the inning and hit a two-run single. Merullo flied to left, having made two of the Cubs’ three outs in the inning. Johnson drove in two runs with a single and Cavaretta and Pafko one each. The Braves quietly ended the game with one hit but no runs. Cubs 24, Braves 2.

Despite all the runs and pitching changes, the game was played in a tidy 2 hours 22 minutes.

The Cubs had 28 hits. Every starter, including Passeau, scored at least one run and all but Merullo had at least two hits. (Merullo was 1-for-7.) Cavaretta and Johnson had five hits and Pafko had four. Cavaretta and Pafko each had five RBIs. The Cubs’ Mickey Livingston got the only home run of the game.4

Because of World War II most major-league teams were stocked with players too old for the draft or exempt from it. The Cubs maintained a formidable lineup by comparison to most. They won the National League pennant but lost the World Series in seven games to the Detroit Tigers.5

Tommy Holmes did keep his hitting streak alive with three singles. He set the NL modern-era record at 37 on July 8. It was eclipsed 33 years later by Pete Rose, who in 1978 as a Cincinnati Red ran a streak to 44. As for the Triple Crown, Holmes was close but no cigar. He led the NL in home runs with 28. Phil Cavaretta beat him out for batting average with .355 to Holmes’s.352. Dixie Walker took the RBI crown with 124 to 117 for Holmes. Cavaretta was voted the Natonal League Most Valuable Player; Holmes was second.

By the day of this game, the war in Europe had already ended. The noose was tightening around Japan. Americans were excited about a return to peacetime. In fact, on this very day, the first civilian automobile in over three years rolled off the Ford assembly line. Soon the big leaguers in the military would exchange their service dress for baseball uniforms again. Baseball fans could hardly wait to see their idols return.

In addition to the sources cited in the Notes, the author also consulted Baseball-Reference.com, Retrosheet.org,SABR.org, and Baseball-Almanac.com.

2 Hack was in the waning years of a brilliant career, and in fact had retired after an All-Star 1943 season. The Cubs had been losing and Hack did not get along well with manager Jimmie Wilson. After a losing start to the 1944 season, Wilson was fired. His replacement, Charlie Grimm, persuaded Hack to come out of retirement and rejoin the team. Hack agreed. In 1945, at the age of 35, he had arguably the third best season of his illustrious career.

3 Wietelmann had never pitched in the major leagues before. In the next season, 1945, he pitched in three games, a total of 6⅔ innings.

4 For the season, the Braves outhomered the Cubs, 101 to 57. Tommy Holmes had 28 round-trippers and Chuck Workman had 25. Bill Nicholson was the leading home run hitter for the Cubs with 13.

5 The All-Star Game for 1945 was canceled because of wartime travel restrictions. Therefore, no All-Star Teams were officially named. The Associated Press and The Sporting News created their own rosters and then melded them to make a combined view. The information to determine these players was solicited from 13 of the 16 managers in both leagues. In the National League only Billy Southworth of the Cardinals declined to participate. Players involved in this day’s game were on the roster. Voted as starters were Cavaretta, Johnson, Holmes, and Nicholson. Nonstarters were Hack, Passeau, and Pafko. In spite of some very good credentials none of this group was ever elected to the Hall of Fame. The only future Hall of Famer who played this day was Joe Medwick, who had already been an All-Star 10 times.